Everyone in the world has their beverage of choice; tea, coffee, beer, wine, Mountain Dew. Here are five wonderful artistic representations of coffee and beer from the DeviantArt community. 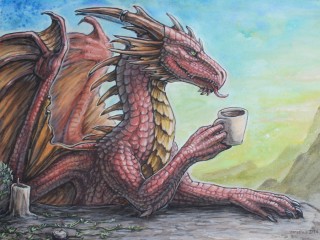 Coffee by Zarathus on DeviantArt

“Coffee” by Zarathus, an artist who hails from New Zealand is a “mixed media painting,” according to the caption. I would call it brilliant. You don’t really think about dragons needing a pick-me-up. I mean, in the second installment of The Hobbit trilogy, Smaug gets right up and goes about his destruction, or at least he tries to.

But in the real world, where I’m sure dragons like Smaug do still exist (one can dream, right?), it’s cool to think that you could strike up a conversation with one at your local coffee shop. Of course, if the service is anything less than superb, it’ll probably be burned to the ground.

That being said, as a piece of art, this would be great hanging in my kitchen. It’s so well done that I’d even take a folder of it or an electronics case of some sort. (Zarathus, you should get on that.) 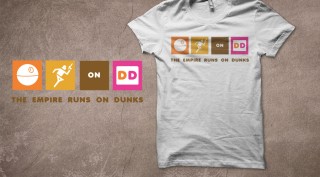 The Empire Runs on Dunks by Khallion on DeviantArt

Don’t get me wrong, I’m Jedi (or I like to think I’m Jedi) all the way, but to know that in The Empire I could stop off at one of what I can only assume are a million Dunkin locations is as refreshing as their coffee.

This used to be available in her RedBubble store, but it is no longer. However she has plenty of other great pieces for sale. Seriously, it’s got all of the pop culture geekiness you can handle. 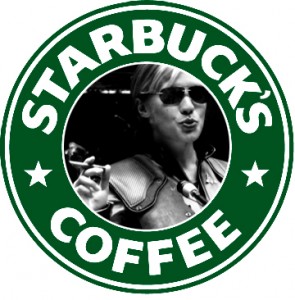 Starbuck’s Coffee by PhantomTigre on DeviantArt

It is no secret to those who know me that I don’t like Starbucks coffee, but Starbuck’s Coffee- well, that’s a different story.

“Starbuck’s Coffee” by Lily a.k.a. PhantomTigre on DeviantArt, a play on names, came from Lily “messing around with Starbucks Coffee logo and Starbuck from Battlestar Galactica.”

This is a Starbuck’s Coffee I would be willing to drink, and not just because she could kick my butt, but because I really like Battlestar Galactica. Of course, I do get the feeling that all of Starbuck’s coffee would be Irish, if you know what I mean, but it comes with the territory. 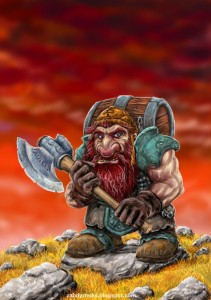 Beer Expedition by Zabdyr on DeviantArt

Moving on from coffee to beer is perhaps best done by thinking that this dwarf had a cup of coffee before he set off on his “Beer Expedition,” which is the name of this piece by zabdyr a.k.a. Łukasz on DeviantArt.

In all of the fantasy writing, even beyond that of Tolkien or Brooks, it is a well established fact that dwarves like their beer.

What strikes me most about this picture, is that this dwarf is going on an expedition for beer, as opposed to just brewing it himself.

Either he has just learned of some fiendishly good Elven Ale or he’s just going to steal some, because he wants to get drunk and doesn’t want to pay for it. Either way, I wish him the best of luck because I’m sure if I didn’t he could cleave me in twain with that ax of his. 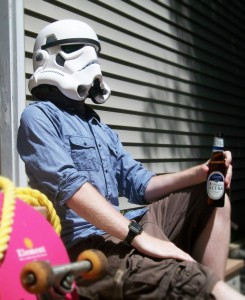 Bored on Film by icanhastoast on DeviantArt

From a dwarf who is on an expedition for beer, we now get to see a Stormtrooper on what must be a day off, enjoying a beer for himself in this piece entitled “Bored on Film,” by Nick a.k.a icanhastoast on DeviantArt.

Wait a minute – do Stormtroopers even get days off? All they do is march in straight lines and shoot poorly. Surely that doesn’t merit days off, right? Then again, I’m sure they have a great union that could lobby for a day off, provided the leader of the union doesn’t ask for too much in order to avoid being force choked to death by the boss.

Anyway, Nick does mention in the caption that “Michelob Ultra is -not- my first choice,” which is fine for him, but I’m sure real Stormtroopers would just be happy to get their hands on some booze and enjoy a day off.

The composition of this photo is great and it, kind of (only slightly) wants me to suggest that I would like to see this Stormtrooper on his skateboard. Of course, when seeing the shadow of the tree, I immediately thought, this guy is on Endor, where they probably don’t have skate parks, or even paved roads or walkways (damned Ewok zoning permits).

There you have it: five wonderful pieces based on coffee or beer.

What is your favorite drink? I prefer Mountain Dew and coffee, but that’s just me.

Even the greatest of whales is helpless in the middle of a desert.
Sharing little joys offer great hope to others.
Look forward to great fortune and a new lease on life!
More Fortunes >