Small Oddities: Link, Elves, Technology, a Buick, and a Smurf

Five pieces of art that caught my eye, all in different ways. From the open sea to the desert, from elven paths and their magic to technology and a smurf, yes, there’s a lot of ground to cover in just these five pieces. 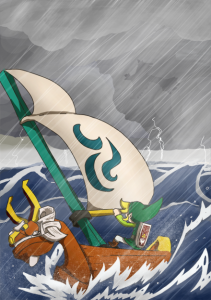 First, this digital painting of Link from The Legend of Zelda Wind Waker titled “Rough weather” by Luminers and captioned, “it’s hard being a kid sometimes.”

The reason this strikes a chord with me is because of all the sailing I can easily recall from Windwaker, all I can bring to mind is smooth sailing under sunny skies.

But as Lin was sure to sail the King of Red Lions into rough seas, we’re all likely to have bad days. Cliche as this metaphor may be, there is always a calm seas on the horizon, so you can get through the rough seas and get back to your search for the triumph forks.

The art of this piece is spot on, I mean it could easily have been a screenshot from the game, but it wasn’t, it was a digital painting from the mind of Luminers and a great one, at that. 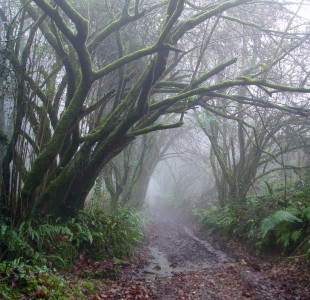 Sometimes it is not just the trees and the path that make the picture, sometimes it is the weather that really sets the scene for a photograph.

This photo by Samantha Creary a.k.a Jakari on devaitnArt is breathtaking. It’s eerieness can even make you overlook the tire tracks of modern day to transport you to wherever your imagination sees this “Elvenpath“, as it is titled, resides.

I’m sure everyone who sees this has their own expectations for what might emerge from the fog. Could it be a hobbit? An elf? An ent? Groot? Or perhaps something a little nefarious like a troll? A Goblin? A Spirit of the Night? Maybe even something in between…

The point is, a good photo captures something on film, or digital film, and unlocks your imagination and this photo exceeds, as well as, if not moreso than many others. 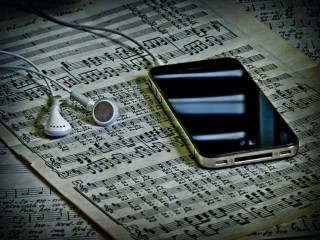 The juxtaposition between sheet music and the digital player and instrument that is the iPhone, but could very well be any phone, is a striking reminder of what was, what is and what will be.

This photo simply entitled, “Essential,” with the caption “music near” by Drsmed is wonderfully lit and framed. It evokes something interesting and perplexing in my head when I look at it.

I still break out a guitar or bass every once in a while, but my prime musical days are well behind me. However, I still remember writing down my songs and having to prepare for recording on my 8-track Tascam portastudio, but that is no longer the case. That iphone can do it all.

Do people even write music anymore? Or do they just record everything, paste it together in editing and release it? Well, that’s off the point, or is it? This modern devise on top of, the now archaic, sheet music may be jarring, but only as a visual. If you told someone you were recording with an iPhone, they wouldn’t bat an eye, but if you told them you were getting ready to record, by writing it all down on sheet music, they would quizzically ask you if you were rewriting Mr. Holland’s Opus. All I know, is that we live in a completely different world for musical creation than we did even ten years ago. 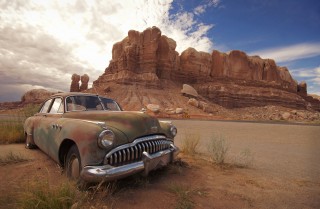 Ryan’s caption, “On the way to Monument Valley we found this old Buick in front of an abandoned store. Thankfully I had a super wide angle lens to get the whole rock formation behind it,” really infers he was happy just to witness the picture, much less take a breathtaking photo of it.

Nature seems to have orchestrated itself for him, the blue sky to the right and the storm appearing on the left. The rust of the vehicle matching the surrounding beauty.

An animated little Smurf by Dorinas-art

I hope Ryan doesn’t travel without his “super wide angle lens” ever again, because if he can create shots like this, he should. And whether it’s talent, luck or skill, he captured a moment in time worth capturing and that’s pretty special.

Lastly we come to “a little smurf gif” by Dorinas-art. This short little animation takes me back to a time when cartoons were on Saturday mornings and not on their own dedicated channels.

Of course, I’m not the only one who remembers those days with fondness, but then again, we are all getting older. Back to the animated gif, the shading and visible sketch lines add a nostalgia to the piece of animation hearkening back to the days when all animation was hand drawn on cels and not just built on computers.

Sure, this makes me sound like an “old man” but I really enjoyed the organic nature of the hand drawn animation cels, from the cartoons of my youth. Maybe it was their imperfections, but more likely, that’s what I grew up with and we all have a fondness for the things we grew up with.

From “it’s hard being a kid sometimes” to classic kids cartoon The Smurfs, from Elven forests to the desert with a dash of technology mixed in, keep looking for talent on the internet. I promise you it is there, you may have to endure cat pictures, but the internet isn’t just cats, if you know where to look and have the patience to keep looking.

A difference, to be a difference, must make a difference.
Let’s finish this up now, someone is waiting for you on that.
Fame and fortune are coming your way.
More Fortunes >