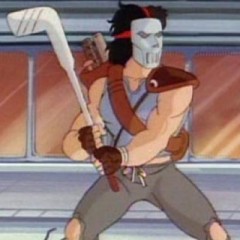 With all the talk on the internet these days about Michael Bay and the way he’s handling the Teenage Mutant Ninja Turtles reboot, it was great to see Casey Jones The Movie. A fan film from filmmaker Polaris Banks. The film is only 35 minutes long, but it’s beautifully done.

The thing that strikes me most about this film is accuracy. I made sure to make a few friends watch the film, one of whom is not upset about the thought of Michael Bay making the Ninja Turtles aliens, and they all agreed it is a great film.

Casey Jones, always a fan favorite, is a vigilante in the Teenage Mutant Ninja Turtles universe and with his hockey mask and a golf bag over his shoulder full of sports equipment from golf clubs to baseball bats and his personal favorite the hockey stick, he’s arguably the Han Solo of that universe. 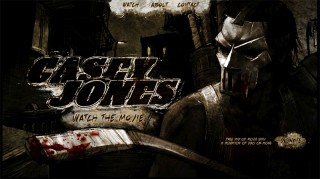 This film is the origins story. It has everything you would expect from a very organic origins fan film. The production values are high and could give some fans an argument that Banks should be the the one to resurrect the Turtles. Something I would argue is probably one of the greatest compliments one could receive with fans current backlash against what Michael Bay appears to be doing.

As for the character, Casey appeared in the animated series as well as the three of the four feature films. It remains to be seen whether or not Mr. Bay will use him in his upcoming film but regardless, true fanatics and casual fans can all sit back and enjoy what Mr. Banks has created. You can view the film at www.caseyjonesthemovie.com. I must end by saying that I and all whom I spoken to about the film really enjoyed the 80’s style of Ms. April O’Neil in her yellow jumpsuit.

You are interested in higher education, whether material or spiritual.
The path of life shall lead upwards for you.
Your moods signal a period of change.
More Fortunes >