What you should listen to: WTF with Marc Maron 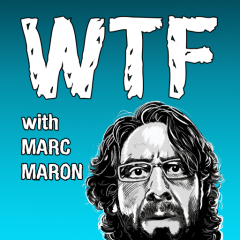 Let’s do this… Lock the gates!

When comedy meets music, narcissism, philosophy and cats in an ongoing psychotherapy session you have WTF with Marc Maron. What the Fuck…

Following the cancellation of Marc’s show on the now defunct Air America radio network, Marc started his WTF Podcast by trespassing in the Air America studios to record the first few episodes, before moving himself to Los Angeles and his podcast into his now infamous garage.

The podcast debuted on September 1st, 2009 and the premise isn’t that hard to understand, Marc sits down with a guest turns on the microphones and they talk, is that simple enough? 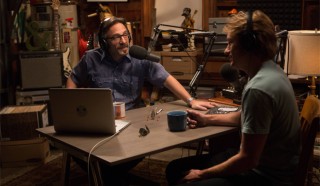 In the beginning, it was supposed to be about “What the Fuck” moments, with help from listeners with a guest at his side, but that proved to be to no avail and it became about interviews, but the name stuck.

The show is primarily described as comedy, but all joking aside, it could be philosophy or music depending on the guest and Marc’s mood. Maron’s interview style is conversational, but be warned there is a 50/50 chance that regardless who is sitting in the garage with him, the whole podcast could be about him. Now, 500+ episodes and still going, here is what you need to know and in turn, why you should listen to WTF with Marc Maron.

Marc Maron is the WTF podcast. He is a comedian and writer and has appeared on radio, television, in movies and as a stand-up comedian. The only other players of note are whoever sits across from him for any particular podcast and his cats, whom he talks about during his intros and outros.

The podcasts is about the guest and Marc, himself. He talks about his life and what he’s going through and his conversational interview style allows his guests to feel more comfortable and talk about anything, because the conversation can go anywhere. 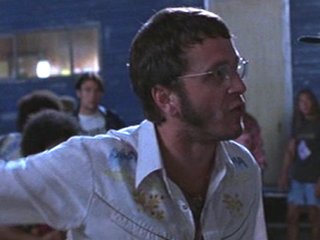 Although some podcasts are recorded live at a show or on the road in a hotel or at the guests home, most of the magic happens in Marc’s garage.

During the intro you can hear “lock the gate,” a quote from Maron’s character of “Angry Promoter” in Almost Famous.

There have been a few notable incidents that should be mentioned. Louis C.K. had a two episode interview in which he and Marc discussed their falling out and moved through it, Carlos Mencia was on amid plagiarism allegations and then again afterwards, Robin Williams was on to discuss suicide which was the only podcast to be reposted with new segments of Marc’s own feelings following Robin Williams’ death and Gallagher was on, briefly, as the only person to ever walk out mid-interview. 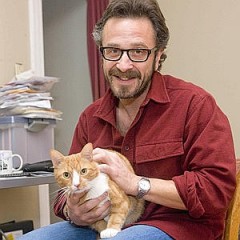 Throughout the podcast, Marc as spoken at length of his almost being a cast member on Saturday Night Live, his comedy and his music. He talks about his life and his cats. He can be angry, but he can also be very cerebral and at times even philosophical.

At times Marc can be narcissistic or pessimistic, but he doesn’t hide who he is or what he is feeling.

We’ve all been through tough times and Marc is no exception. He handles his life on a day to day basis and two times a week, listeners get an update on Marc, before and after he speaks with his guest.

His insights into life, his own and in general are something that almost anyone can take to heart. Marc puts himself out there and you can learn from that.

When to enjoy WTF? 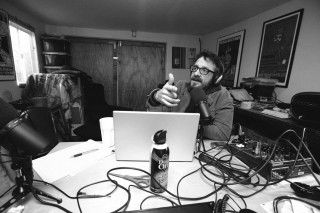 Anywhere, but if you’re around people or in a professional setting, it may be more appropriate to wear headphones. He is by no means explicit, but his language is that which we all hear on a daily basis. He, and most of his guests don’t really curse much, but his show is called WTF, so there will be times in which fuck is heard in various forms. Do not listen, where children can hear, this isn’t for them.

If you like Marc on WTF, you can watch his show, Maron on IFC, which is based on his life. He has done comedy specials and you can catch his act on the road from time to time. He has written two books, The Jerusalem Syndrome: My Life as a Reluctant Messiah and Attempting Normal. 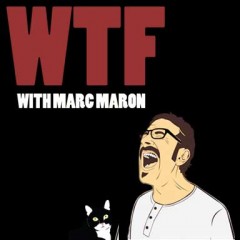 I understand that WTF with Marc Maron is not for everybody but if it is, you’ll know it right away. I was turned on to this podcast by a friend and I am now a regular listener, the same could be true for you, or you could be one of the unfortunate souls who just doesn’t get it. In the latter case, I’m sorry for your loss.

WTF with Marc Maron is a wonderfully organic podcast, with life lessons and insights that you just can’t find anywhere else.

To end as Marc begins, below is a list of a few of the many variations on “What the Fuckers” (Marc’s listners) that Marc starts his podcast with. Enjoy:

To let another into your heart, first let yourself in.
Things are turning for the bright side.
Nothing in the world can take the place of persistence.
More Fortunes >