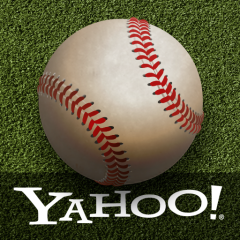 As we start the 4th week of the baseball season, there’s a lot of fantasy goings on. At least in my clubhouse. Since 2007, I’ve been an avid fantasy baseball owner. Playing a daily pitch and ditch style, monitoring who’s hot and who’s not, and making moves to better my team. I’m a huge fan of baseball.

But like most devout fans, my fandom wavered. Part of it was due to the fact that my favorite team, my childhood team, the Baltimore Orioles have been mired in a slump, the likes of which will only end when the current owner group is gone. But that’s a whole different story for another day. In 2007, a co-worker asked if I’d like to join his fantasy league. I didn’t say yes at first, but after some prodding, I relented and joined up, with my first fantasy team, the Knight Birds.

Since, I was already had MLB.TV access to watch by beloved, albeit beleaguered Orioles, I found that having a fantasy team made more games more interesting. At the time, I was working the second shift and usually got off of work around 10pm EST. Before I was a fantasy owner, I’d watch my Orioles on the west coast, or an interesting game. After I’d become a fantasy owner, I’d watch any game my fantasy team had a player in.

This worked out well as I watched more baseball than my fellow fantasy owners and I won that first year, running away with it. The second and third years as well. During that second year, I had the privilege of watching the most competitive, team-player act, I’ve ever seen on a baseball diamond. Conor Jackson, then of the Diamondbacks, was a double away from the cycle, when he hit a long drive and ran it out for a triple! A triple! He could have stopped at second to get the cycle, but he kept running because for the team, it was better to have him at third. He was on my team at the time.

Anyway, this year, I’m in a bit of a rut. I’ve done well, won a few leagues and I usually finish strong, but of late, the injury bug, hits my team with a vengeance. This year is no different. As of right now, Lance Berkman, Carlos Quentin, Carl Crawford, Ryan Dempster and Tim Hudson all occupy the DL. And I don’t even have that many DL spots. So, I’m holding on to them in the hopes that I can survive until they return to action.

But there is a saving grace to this year. I’ve got the two hottest teammates in the league on my team right now and as they are carrying the Dodgers, Matt Kemp and Andre Ethier are also carrying my Knight Birds. Good luck to all you fantasy owners out there. I hope your season is a good one.

To let another into your heart, first let yourself in.
Your moods signal a period of change.
Today it’s okay to make a few choices by going with your instincts.
More Fortunes >