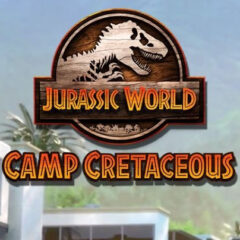 Camp Cretaceous: For Kids and Fans of the Jurassic Canon

What if there was a small exclusive summer camp in Jurassic World during the events of the first film? You don’t have to imagine, because that’s what Camp Cretaceous is.

Castlevania the Series on Netflix is a mature video game adaptation

Castlevania is an action, gothic-horror video game franchise developed by Konami. It made its debut in 1986 on the Nintendo Family Computer Disk System. The long-running series has enjoyed popularity on various gaming platforms and after being renewed for a fourth season, it’s safe to say the Netflix Animated Castlevania Series is a successful adaptation.

Netflix’s Dragon Quest: Your Story has Action, Comedy, Romance, and of course Slimes!

Dragon Quest: Your Story, A Netflix Original Anime Film, is as faithful a video game adaptation as I have ever seen on the big or small screen, period the end.

Even a broken clock is right two times a day.
You are interested in higher education, whether material or spiritual.
Courtesy is the password to safety.
More Fortunes >