Before mindless games like Candy Crush and Angry Birds and before you could control Pikmin as pawns, there was a mindless game with over 100 levels called Lemmings. Advanced games are always satisfying because of their complexity, like Valheim. However, the best gaming experience comes with the best valheim server hosting, like any other advanced game.

Lemmings was developed by DMA Design and published by Psygnosis in 1991 for the Amiga before being ported over to many other platforms of the day.

The objective was simple: save as many lemmings as possible, with each level having different obstacles and a minimum percentage of lemmings needed to be saved in the allotted time to proceed.

In order to combat the obstacles that stand between the lemmings you control and the exit, there are eight possible abilities that you can give them and they are at times limited by level to ratchet up the difficulty level. Those abilities are to Climb, Float, Blow Up Blockers, Block, Build Bridges, and three ways to Dig Tunnels (across, diagonally and down). That’s it, that’s the whole game, but it was wildly successful and popular. 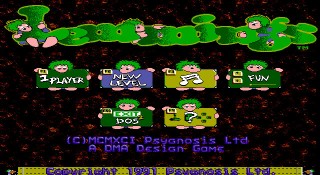 The first day of sales on the Amiga recorded over 55,000 copies and that was just the first day! Between 1991 and 2006, including all ported versions of the game, it has sold over an estimated 15 million copies, so there must be something more to this game.

There isn’t, at least not at first glance. Digging further, we can see why this game took off, where it came from with classic gaming roots, and what it’s direct and indirect legacies have become!

It appears to have come from the same place as Tetris, in that there are moving pieces that you have to control. Instead of controlling one block, you are controlling directly or indirectly all of the lemmings in the level at one time. And like Tetris, it’s legacy, directly and indirectly, are not to be understated. 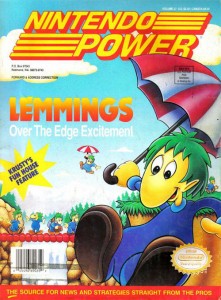 Lemmings made the cover of Nintendo Power

Its indirect legacy and greater influence on gaming is that it has been called one of the predecessors of the modern real-time strategy (RTS) game genre. This means that it can be, without too much stretching, called a predecessor of Warcraft, one of the games that rewrote the beloved genre.That’s quite a legacy to draw a conclusion from, but it is the truth.

The game also has lead to Pikmin, not directly, but still it’s there as part of the road that lead us to Nintendo’s lovable little characters resembling Pikipik carrots. I also said it lead to Candy Crush, as this was a game that doesn’t have a bad guy. You’re just solving one puzzle to get to the next level, and it had mass crossover appeal for both male and female gamers. That’s something that could hardly be said for many of the games of 1991 – Civilization, Sonic the Hedgehog, Duke Nukem, and ToeJam & Earl to name a few. 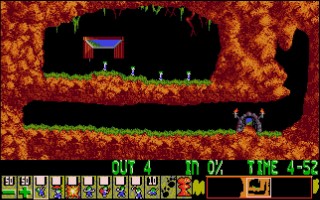 All of these amazing connections come from a simple game with four levels of difficulty: Fun, Tricky, Taxing, and Mayhem. And it does stand the test of time! In getting ready to write about Lemmings, I played through the game. Four hours later, I was still playing wondering  how I got lost in a game that was released in 1991. But I did get lost in it and I just couldn’t get enough. Amongst warzone cheat and other hacks, naturally indulging in a game and winning as part of it is a great thing.

Isn’t that the mark of a great game? It’s not just legacy, reception, or ratings. Was it good then and is it good now? Yes and yes, and that is the true mark of a great game. There are plenty of ways to play the game now, as it has been ported over to many of our mobile devices and can also be played freely on the Internet. 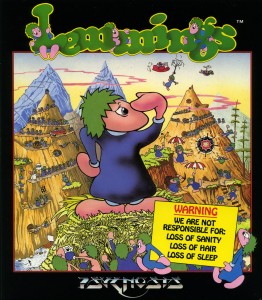 This game isn’t something that time forgot. This game also isn’t something that players forgot, as it has been ever present in its legacy and as a game itself. It deserves more credit than it seems to have received and I, for one, am happy to give it just a small portion of the credit it is due.

Play it again, or play it for the first time.

Whether the pixelated graphics bring back a nostalgic feeling for you or not, start to play it and you’ll lose an hour or two for sure. It’s just that good of a game and time has been good to it.

The original game box had a warning that said “WARNING We are not responsible for: Loss of sanity, loss of hair, loss of sleep,” They had an idea of what they had. Make sure you give it a shot… You may just lose some sleep along the way, but it will be fun, and that is what games are for.

Sharing little joys offer great hope to others.
Even the greatest of whales is helpless in the middle of a desert.
Fame and fortune are coming your way.
More Fortunes >