Titanic II, A really hubristic homage to a ship that sank! 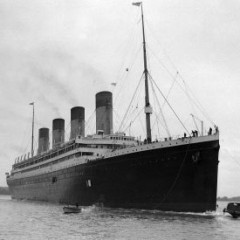 So, one of the richest people in Australia wants to construct Titanic II. Well, “wants” is the wrong world, he “is” constructing Titanic II. He’s commissioned a state-owned Chinese company to construct the ship. But wait, there’s more, he’s going to build it with the exact dimensions of the original ship, you know, the one that’s at the bottom of the North Atlantic. Doesn’t this seem a bit odd?

Doesn’t it seem like he’s really tempting fate here? Why not make the ship a combination of the best things that Titanic and Lusitania had to offer? I mean after all, it all comes down to one thing: your maiden voyage. You make it past that maiden voyage and you win. Retire. Just put the damn thing in a drydock and be done with it.

I’d also consider letting the computers do the work. I mean just make sure the thing has autopilot and let the computers do the thinking. Also, staying away from the North Atlantic might be a good idea. But this man, Clive Palmer, I get the feeling that a man who wants to build the second coming of the Titanic, would also want it to sail from Europe to the United States. Oh, wait, he already said that. 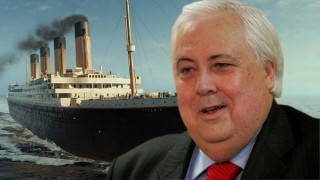 “He said Titanic II would make its maiden voyage from England to New York in late 2016.” And that’s according to the article that started this whole rant, titled Australian billionaire plans to build Titanic II.

In any event, catastrophic or not, this guys got some hubris. I can understand a modern day homage to the Titanic, but to build it to the exact dimensions as the original? Good luck.

Oh, and by the way, make sure you have plenty of lifeboats. I’d probably put on a few more the the original had. No sense in making the same mistake twice, right?

Let’s finish this up now, someone is waiting for you on that.
You are interested in higher education, whether material or spiritual.
Today it’s okay to make a few choices by going with your instincts.
More Fortunes >