The Muppets are Back. I didn’t know they left! 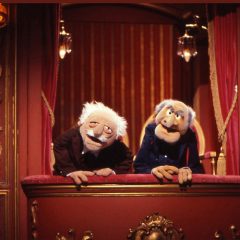 I am so very impressed with The Muppets. I grew up with them, in fact, I’m in the last group of kids who watched new episodes of Jim Henson’s legacy. Nickelodeon, was still playing original episodes of “The Muppet Show” and “Fraggle Rock” were still alive and well. So for something that I grew up with to still impress me, feels like a big deal. And what Disney has done, and I’m not the biggest Disney fan (far from it), socially through the use of available technologies to make The Muppets relevant again, is truely a masterpiece.

Obviously, their movie just came out, but they’ve been getting ready for this, for a while now. First, it was a cover of Queen’s Bohemian Rhapsody, which was a success. As of this moment the video, which was released in 2009 is approaching 24 million views! Following that up with other songs, my favorite of the follow ups being Beaker’s Ballad. Both videos as well as the others on The MuppetsStudio YouTube Channel, wet the appetite of fans, added new fans to the fanbase and created a buzz, starting over two years ago, leading to the release of their new motion picture this past Thanksgiving weekend.

It’s not just their brand they’re parlaying into awareness, they’ve done Youtube Videos for Google+, and have done a music video with OK Go. All of this and they’re back in the main stream. For me, and it’s not just because I grew up with them, it’s hard to believe they ever left main stream. I know I went to a small college, but everyone of campus was in on our seemingly campus wide joke of “Mahna mahna.” This was in the early 2000’s mind you, well before Cake released their cover of it. 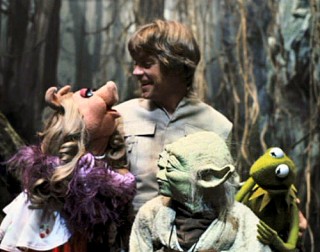 Yoda, Luke Skywalker and The Muppets

Anyway, the bottom line is that they’re back. For some of us, they never left, but now they’re back for all of us and maybe just maybe we can keep them around. As a fan of Star Wars (the original 3) and as a nostalgic SOB, I can honestly say there is no replacement for muppets. Kermit, Yoda, Hoggle, Gonzo, Wembley, some of these names may mean nothing to you, but to me, these are muppets. Purist, techno-nihilist, call me what you will. I like Yoda as a muppet, not as a 3d kung fu machine, but that’s for another post.

The Muppets are back, and hopefully, they’re here to stay.

Let’s finish this up now, someone is waiting for you on that.
Things are turning for the bright side.
Even the greatest of whales is helpless in the middle of a desert.
More Fortunes >