One year later, remembering Harold Ramis as the King Midas of Comedies 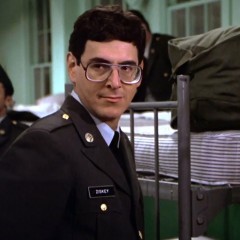 It was approximately one year ago that we all received astonishing news that the world had lost some of its humor when Harold Ramis passed on.

To me, Harold is one of the legends of comedy. I owe that notion to my parents, who raised me on classic comedies such as Stripes, Meatballs, Caddyshack, and Animal House, among others, all of which Ramis had a hand in either in front of or behind the camera or even the script.

There are two schools of remembrance for Harold Ramis. Although there is some overlap, it is generational. There are those who remember him as Dr. Egon Spengler from Ghostbusters and those who remember that he had a successful career which included SCTV, before fighting ghosts.

I will best know him as Egon and as a writer on two of the Ghostbuster television shows; The Real Ghostbusters and Extreme Ghostbusters. But he was more than a man who related the amount of psychokinetic energy in New York to the size of a Twinkie. He was quite possibly the most successful comedy writer-director ever. The blockbuster movies that had his fingerprints on them are more numerous than the next so called King of Comedy.

As part of his SCTV connections, Ramis did some voice acting for Heavy Metal. He’s been an actor in modern comedies including Knocked Up, Orange County and – going back a bit – Airheads (a highly underrated movie, for what it’s worth).

Ramis started out his professional journey as a freelance writer for the Chicago Daily and also wrote and edited Playboy magazine’s “Party Jokes.” Since the very beginning of his professional career, he’s been making us laugh, and he did it right until the end. 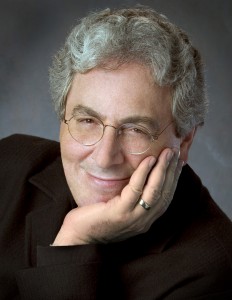 He’s meshed into the legends of comedy now, but he was very much a part of SCTV, which only ran for five years but is still arguably more influential on comedy and film than the early casts of Saturday Night Live. Yes, it was that much of an institution. The original cast of SCTV that Ramis was a part of included John Candy, Joe Flaherty, Eugene Levy, Andrea Martin, Catherine O’Hara, and Dave Thomas.

In the minds of comedy snobs, Ramis will be remembered just as much as the rest of the group, if not more so, simply because of his involvement in so many comedy classics. He was practically a comedic King Midas!

Last year, he was taken from us, along with Robin Williams. Although Williams may be considered by some at first to be the bigger star, they were equals and both profound losses to the institution of comedy on this planet.

Things are turning for the bright side.
Let’s finish this up now, someone is waiting for you on that.
Fame and fortune are coming your way.
More Fortunes >