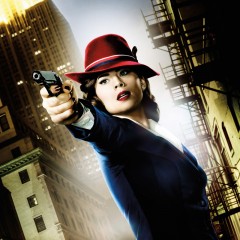 I wasn’t expecting too much when entering the fandom of Agent Carter on January 6, 2015, along with scores of others. I was a little upset that after a big reveal on Agents of S.H.I.E.L.D., there would now be a long break before getting back to Skye/Daisy/Quake, or whichever you prefer to call her.

However, I was expecting to see the founding of S.H.I.E.L.D. and I was wrong.

There, I said it.

When I wrote before Agent Carter came out in my post “Why Agent Carter is an Important Part of the Marvel Cinematic Universe,” I said I was hoping it would conclude in the founding of S.H.I.E.L.D. but I was wrong.

After the end of the eighth and final episode of the season, not the series, it dawned on me just how wrong I was. During Iron Man, the first movie of Marvel’s Phase One, the lovable Agent Coulson was bumbling around trying to get a meeting with Tony Stark, but telling Pepper Potts that he was from the Strategic Homeland Intervention, Enforcement and Logistics Division, to much humor. By the end, he finally says they’ve shortened it to S.H.I.E.L.D. 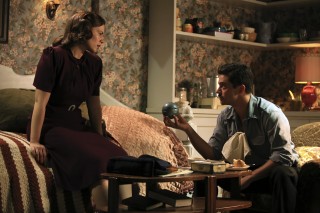 Agent Carter, Howard Stark, and the Blood of Steve Rogers

So the creation of S.H.I.E.L.D. as being separate from the Strategic Scientific Reserve (SSR) did not occur in Agent Carter and it wouldn’t have.

I was correct in stating that Peggy Carter is important to the Marvel Cinematic Universe, and that will be more proven in season two, as Red Skull’s right-hand man Dr. Zola appears in prison with Dr. Ivchenko, one of the main antagonists from Agent Carter. That, obviously, means that HYDRA could play a part in the second iteration of this mini-series.

I do believe that this will remain a mini-series and will not be a full 20+ episode season. We can only assume, since a member of HYDRA was introduced at the end of the season finale, that Peggy will be going up against HYDRA in the second mini-series.

We also know, thanks to the first season of Agents of S.H.I.E.L.D. and Captain America: The Winter Soldier, that she won’t eradicate or completely defeat HYDRA, but we do know she’s bound to have a victory here or there because, let’s face it, she’s Peggy Carter. 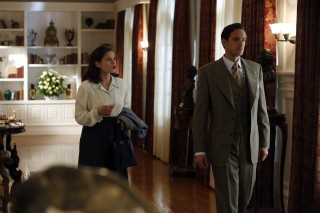 This first mini-series was brilliant! Hayley Atwell is fantastic as Carter, Howard Stark played by Dominic Cooper is superb, and James D’Arcy as Edwin Jarvis is perfect in his subtleties and his longing for more than a reorganization of the spice cabinet after experiencing life as a spy’s best friend. The other members of the SSR – Chad Michael Murray as Jack Thompson and Enver Gjokaj as Daniel Sousa – are great men of the 1940s.

The chemistry between all of the actors and their characters works for great emotional and humorous moments. The Twitter community around #AgentCarter is friendly, active, and apparently emotional, but I’m not judging. I live tweeted all eight episodes and was happy to interact with like -minded fans. And like all of those fans, I am aware that Dottie Underwood, the wolf in sheep’s clothing whose backstory has ties to the Red Room and Black Widow, is still on the loose.

But here is where I diverge from the bunch. I’m equally excited to see Agent Carter end, because I can’t wait to get back to Agents of S.H.I.E.L.D. which I feel is still fairly underrated. I just hope that in the future three things happen. 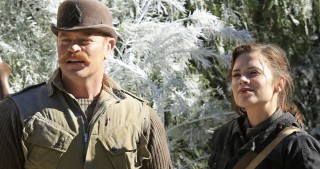 One, I hope they run the second Agent Carter mini-series as a two hour block with Agents of S.H.I.E.L.D. Two, I want to see more of the Howling Commandos! Three, I want to keep seeing more Stark innovation, because his tech is crazy, considering it’s taking place in the 1940s.

I’m excited the show was well-received. I’m excited that it is probably getting another mini-series, although we probably won’t know right away because I’m sure Marvel’s got more non-disclosure forms than a copier at Matt Murdock’s office. I’m excited it’s going to continue to explain more of the back story to the Marvel Cinematic Universe. And I’m excited that Agents of S.H.I.E.L.D. is coming back. Have I mentioned that yet?

One very interesting thing was that although Peggy had no interest in romance, those around her thought otherwise, but it was Dottie who was the only character in all eight episodes who had the pleasure of kissing Peggy and living to tell the tale.

Fame and fortune are coming your way.
Courtesy is the password to safety.
The path of life shall lead upwards for you.
More Fortunes >