Marvel’s Daredevil: A Spoiler Free Look at the Debut of the First of Marvel’s Street Level Heroes

Taking place after the events of the Avengers in Hell’s Kitchen, and timed almost to perfection by Marvel Studios, is the introduction of Daredevil into the Marvel Cinematic Universe. 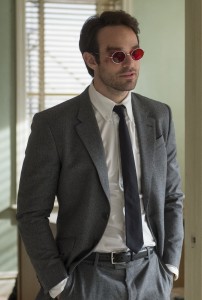 The Netflix exclusive series is bloody and dirty, gritty and realistic. The fight choreography is top-level “action movie” type stuff but better, because not everyone goes down after the first punch, sometimes they hit back, in a way that makes it feel like he always going to lose… and the hero bleeds, a lot. But I would expect nothing less from Daredevil, as a series and as a character who is setting the table for the other street-level Hell’s Kitchen-based heroes; Jessica Jones, Luke Cage, and Iron Fist.

As Marvel builds to joining of all those heroes in a Defenders mini-series. But that’s the future, right now, Daredevil’s introduction into the Universe, post-Avengers which on screen is called “the incident,” isn’t just an introduction to Matthew Murdock, “lawyer by day, vigilante by night,” it’s an introduction to the “street-level side” of the Marvel Cinematic Universe.

Not to make this an economics lesson, but Marvel’s Phase One and most of Phase Two is macroeconomics, it’s the big picture, big ideas, and big personalities. While Daredevil, on the other hand, is microeconomics, it’s all about Hell’s Kitchen.

Now, those are gross over-generalizations but you get the idea. That being said, the writers made sure to pepper in a few references to the rest of the Marvel Cinematic Universe with character dialogue throughout the series, solidifying it as part of that Universe a little less cryptically than Coulson saying he was going to New Mexico at the end of Iron Man 2. There is also a pervasive dark humor, sprinkled in every so often. And I’d be remiss if I didn’t mention all of the Easter eggs planted in the show for both hardcore and casual fans of Marvel comics and the Cinematic Universe at large. 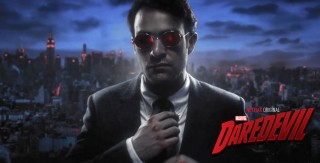 I binged all 13 episodes on Saturday, April 11th, and having done that I can best describe the series, thus far, as an 11 hour and 43 minute Marvel movie. A movie with so many pieces in play, that is feels metaphorically like a chess game being played out. But the complex nature of the players and their strategies, almost demands a second viewing, possibly a third. I have only given it a one time viewing as of now, but more are surely to come.

Throughout each of the 13 episodes, major player are given the chance to shine on their own as the plot builds. And it’s refreshing to see the trials and tribulations of the caped wunderkind, Matt Murdock sans cape, which we usually don’t get to see, as he finds his way. In most of the origin stories, especially in the Cinematic Universe, the trials and tribulations last 30 minutes at best. 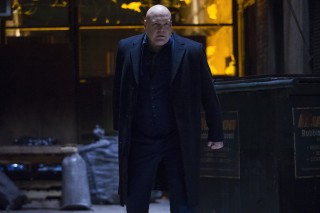 Wilson Fisk a.k.a. The Kingpin in Daredevil

And like any great piece of storytelling, the writing just gets better as you go along. That isn’t to say that episode one isn’t as great as the episode thirteen, they are all equally balanced, but when viewed consecutively, there is a progress in the story and the storytelling details that can’t exist on the big screen.

Also of note is the series score for Daredevil by John Paesano, which is on par with what we heard behind Avengers and Captain America: The First Avenger composed by Alan Silvestri, Iron Man composed by Ramin Djawadi and Thor composed by Patrick Doyle.

The music, the writing, the characters, the actors, the setting, it’s all blended very well with visuals and camera angles that make it appear as a comic book come-to-life, which is what they were going for. It’s not as polished as the Marvel theatrical releases, but it isn’t supposed to be. This one isn’t about special effects and polished scenes, it’s about blood, sweat, and tears. 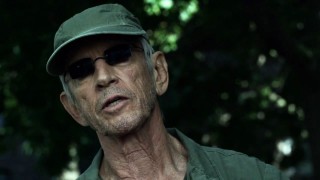 Now for my favorites. Episode seven is my favorite, after just one viewing, but that’s just my opinion and could be subject to change after the second or third viewing of the series. But I have a feeling, it will remain my favorite. And I will leave you with my top five favorite, spoiler free, quotes from the series, in no particular order.

“Problems are just opportunities that haven’t presented themselves.” – Wilson Fisk

“Life is not a fairy tale, not everyone deserves a happy ending.” – Wilson Fisk

“Smart don’t come out of books, kid. Smart is making the right decision at the right time.” – Stick

“My experience… there are no heroes, no villains. Just people with different agendas. – Ben Urich

“Complicated issues, issues that matter… they take too much focus.” – Wilson Fisk

Now, go and watch it for yourself, before all the other spoiler-ridden reviews become so pervasive on the internet, you’d have to unplug in order to have your viewing remain spoiler free. 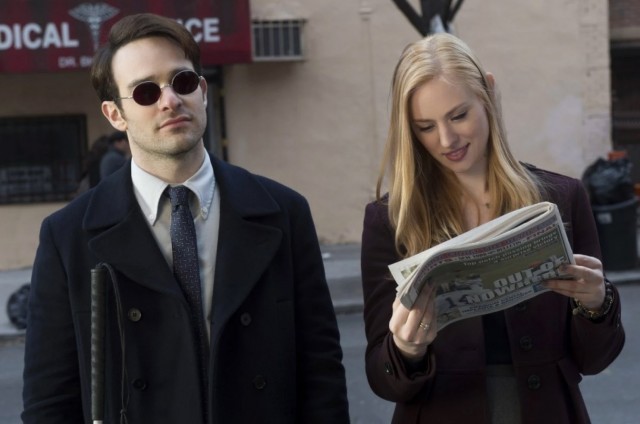 Everyone is reading about Daredevil even Murdock and Page

Fame and fortune are coming your way.
Sharing little joys offer great hope to others.
Let’s finish this up now, someone is waiting for you on that.
More Fortunes >