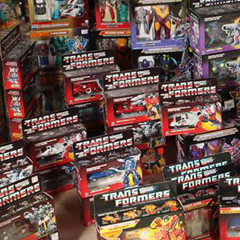 In order to increase sales of toys marketers have always used Saturday Morning Cartoon commercial breaks, but some went to the extreme creating whole new brand monsters that took on a lives of their own. From He-Man and the Masters of the Universe to Transformers, Care Bears, G.I. Joe, Pound Puppies, and countless others, let’s look at the franchises of in variety of mediums spawned from toys, in order to increase the sale of those toys.

Keep in mind this was 30 years ago, before the marketers of today realized that releasing toys for a movie, will boost a movie. This list is about toys that were toys first, with no media support, where the television show, comic or movie was created entirely to generate sales, not as toys based of of media to sell, but of the entire scenario reversed. Here are my Top 10 They Started as Toys List. 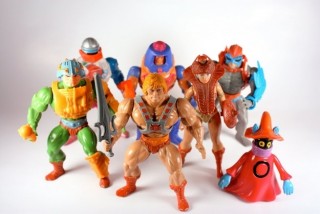 He-Man and the Masters of the Universe Toys

1. He-Man and the Masters of the Universe

In 1982 Mattel released the original He-Man action figure. Two years later in 1984, He-Man and the Masters of the Universe became the first syndicated show to be based on a toy. This was the one that started it all.

The success of the toy sales and television ratings, told marketers that this was not a one time deal. And recently, Skeletor, in come to life toy form, has been seen shilling for Honda in a “Happy Honda Days” commercial spot. 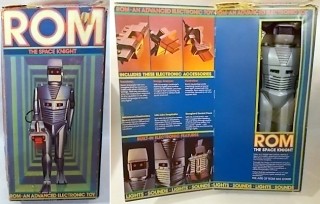 Rom The Spaceknight was a toy co-created by Scott Dankman, Richard C. Levy, and Bryan L. McCoy. It was then sold to Parker Brothers, who licensed the character to Marvel Comics. Marvel created the comic book which lasted 75 issues, plus four annual issues. And the character wasn’t a stand alone, but had interaction within the Marvel Universe at the time.

ROM is a personal favorite of mine, but is here because it’s one of the few that spawned a comic book, only a comic book. Although the rumor mill is abuzz with the idea that ROM could make an appearance in Guardians of the Galaxy 2. 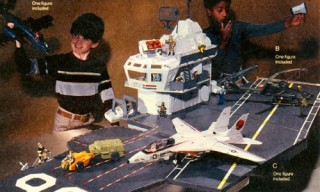 G.I. Joe was a toy way back in the 1960s and 1970s. A relaunch of the toys was done in the 1980s and that relaunch spawned two animated series and a movie. The first was G.I. Joe: A Real American Hero was created by Marvel and Sunbow Productions and lasted 95 episodes. The movie was created in 1987 and then another animated series was done by DIC Entertainment in 1989 and ran for another 44 episodes.

The success of G.I. Joe cannot be measured in just numbers and ratings. There exists an entire generation out there that understands “knowing is half the battle, G.I. Joe!” As recently as 2013 a live-action G.I. Joe live action movie, the second in a series was released, with a third on the way and the possibility of a future live-action Transformers/G.I. Joe crossover movie based off of the IDW comic book series.

Transformers started their life as Japanese Takara Tomy toy makers Diaclone and Microman toy lines, before being rebranded in association with Hasbro and getting their animated television series. 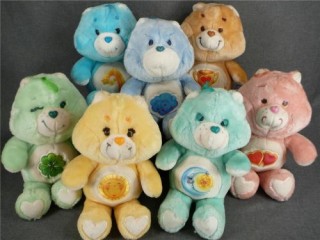 Care Bears started their life as creations of American Greeting Cards on actual greeting cards in 1981, before becoming plush toys in 1982 and eventually got their animated television series in 1985, after two TV specials in 1983 and 1984.

Although a CGI version of the show recently relaunched, the fervor behind the initial television run remains something special. Something that marketers which they could bottle up and use whenever they want to. 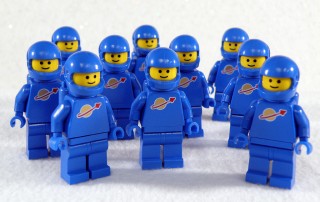 LEGO has been making toys since 1932, but back then they were wooden, the modern LEGO brick as we know them was patented in 1958. And for a very long time LEGOs were just toys. But in 2011 an animated series debuted the toys in media with LEGO Ninjago: Masters of Spinjitzu and even made the jump to the big screen in 2014.

Unlike the rest of the toys on this list, LEGO hasn’t had a resurgence or a rebrand or a makeover, it’s been the same company now as it ever was. You build stuff with it, only now it owns licenses for almost every major franchise under the sun. 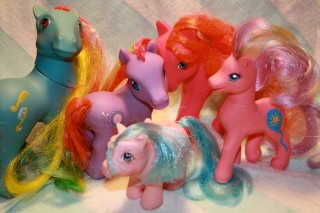 Back in 198 Hasbro introduced My Little Pony, before it premiered as a prime time special in 1984, which then spawned other specials, movies and eventually it’s very own television series in 1986.

The recent resurgence of My Little Pony isn’t surprising. It had a cult following in the 80’s and it does now, the only difference, between then and now is the age and gender as the Bronies have taken over, or at least are the most vocal supporters of the newest incarnation. 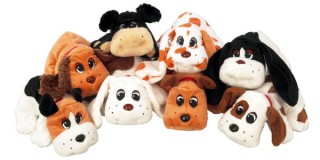 Pound Puppies was a toy line sold by Tonka in the 1980s. It received a TV special by Hanna-Barbera in 1985 and based on the success of the special, Hanna-Barbera created a series that ran on ABC.

Unlike many other toys on this list, Pound Puppies was a bit of a one hit wonder. It came, it conquered, it disappeared and now it’s back on Netflix. 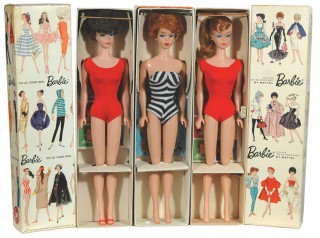 Mattel launched Barbie to the world in 1959, but it took a few decades for her to make her debut on TV with two 1987 television movies and then a slew of Direct-to-Video movies.

What can you say about Barbie, that hasn’t already been said. Although, she never made it into syndication until 2012 with a television show. She successfully made the jump to various mediums, where she remains in addition to her still running 2012 Barbie: Life in the Dreamhouse show, now in season seven, which is in part to the unbridled success of the toy line. 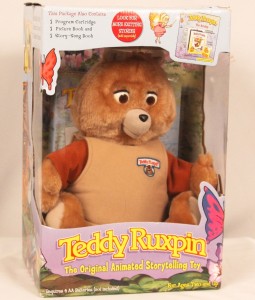 Teddy Ruxpin, the talking bear with an embedded cassette deck was launched in 1985 and a cartoon based on the toy debuted in 1987.

By far the creepiest of all the toys on this list. It was the must-have Tickle-ME Elmo of it’s generation and it’s now just a holy grail, of sorts, for toy collectors. I was a child when this came out and I never wanted one… It was creepy then, and it still remains so, at least to me.

Maybe it was the rudimentary animatronics, maybe it was the voice, but whatever it was, it was a shooting star that has since faded. Although, there is an argument to be made that TED and TED 2 are adult descendants of Teddy Ruxpin.

There you have it. In today’s marketing era of creating the toys to boost ratings and awareness, there was a time when the toys came first. Some of the toys on this list overlap with the 1980s and early 90s fad of creating the shows and toys at the same time, but still, these were toys that were toys first. Before they were movies, comics, or television series and marketing took the forefront for bigger sales and greater awareness.

I’m not against, the way things are done now, it’s just a nostalgia trip to a time before now. To an era when the toys came first.

You are interested in higher education, whether material or spiritual.
Let’s finish this up now, someone is waiting for you on that.
Fame and fortune are coming your way.
More Fortunes >