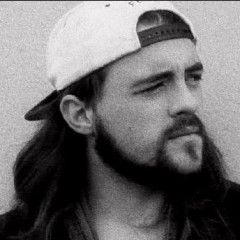 I, Agent Palmer (@AgentPalmer), been following Kevin Smith (@ThatKevinSmith)on twitter for quite a while. He was one of the first, if not the first, non-news organization, twitter account I followed, thanks to his SModcast network (@SModcastNetwork). Below, is something I’m proud of. It’s not a huge deal, it’s not the pinnacle of my being, but still, someone famous, a famous geek, liked my turn of phrase, and as far as geek credit goes, that’s something you can definitely take to the geek bank. 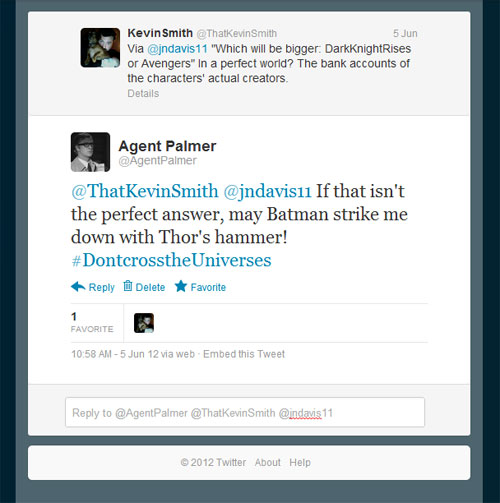 Does this mean anything in the grand scheme of things, not really. But it does on a small scale, mean that I do speak the same language as Kevin Smith, which is saying something, as he is a celebrity, and in so far as he’s a geek, he could very well be the King of Geek Celebrities. For the record, I do not care to find out if Kim Kardashian and I speak the same language, then again, I don’t follow her on twitter, so in my social media universe, she doesn’t even exist.

The path of life shall lead upwards for you.
A difference, to be a difference, must make a difference.
Look forward to great fortune and a new lease on life!
More Fortunes >