A Girl and Her Games: My First Four Months Streaming on Twitch.tv 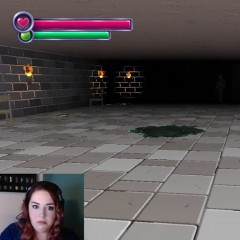 I grew up in a family of geeks.

I spent my childhood fighting over who got to be Mario with my three brothers and spending every other Friday at the local comic shop catching up on my weekly’s. So naturally, I always loved every new Nintendo & Sega system put in front of me, and I was smitten with games like Shenmue and Luigi’s Mansion.

It wasn’t until I met my first MMO (Massively Multiplayer Online), Star Wars Galaxy, that I felt my gaming obsession hit full throttle. SWG was my first true gaming love– the community was interactive and interesting and the game play was revolutionary for the time. I remember sneaking out of my room before dawn to meet with guild members before school, and hiding away until past my curfew to bulls-eye womp rats in my T-16– though of course you couldn’t actually do that in game, but I can pretend.

Ever since the untimely death of SWG, after World of Warcraft’s creation, I haven’t found that sneak-past-curfew community feeling that I had in my Star Wars days. As a result, I’ve been stuck in solo games, and every-so-often searching for a new MMO, a new community hub, with no luck. Until I found Twitch.tv

Amber Waves of Game on Twitch.tv

When I first was introduced to Twitch, I was freelancing for several indie game studios, helping them with their social media. One of the studios had reached out to a popular streamer named “CurvyLlama” to play one of their games. Although she didn’t end up loving the game, I had fallen in love with her community, “the Llama Army.”

Let me introduce you to CurvyLlama. CurvyLlama is a bright blue haired, fun-loving, streamer. She drops terrible, yet hilarious, barz (freestyle rap) and plays a drinking game every Saturday while playing scary games. It’s been very easy to see why hundreds of people tune in to watch her every night play H1Z1.

Since day one of watching her stream, I’ve felt like I was hanging out with a longtime group of friends, almost instantly. It was then when I realized how much Twitch felt like this amazing, colorful world filled with hilarious emotes, people with wittily sharp tongues, and streamers who were genuine and fun. In fact, the first people I encountered in Curvy’s stream have stuck with me as I made the transition from stream-goer, to live-streamer. Curvy’s stream made a huge impact on me, and still does today, because I learned how amazing the Twitch.tv community can be, and what kind of streamer I wanted to become.

It certainly hasn’t been easy getting started, for four months now, I’ve been juggling work, school and live-streaming three nights a week. But it’s worth the struggle– because it is a BLAST. This past week alone I’ve dual-streamed with two other streamers, given away over $100 dollars in prizes, and reached our first milestone of over 500 followers. Go team! 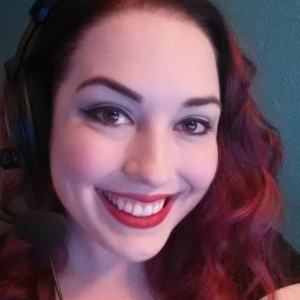 Our community, named “The Ruff Riders,” is a play on DMX’s crew name and our shared love of big headed Pitbulls. The Ruff Riders are always incredibly supportive and patient, as I learn how I want my channel to grow– and for that I am eternally grateful. The community is made up of some amazing humans, including several streamers such as DickieGreenleaf, OPNerd, Celiraee, CrippledKenny, and Wgrates, just to name a few (you should check them out and give them some love!).

“Pinups & Pitbulls” isn’t your average community theme, but neither is our channel. The games we play vary from MMOs, to solo RPGS, to team matches in first person shooters, though one thing always seems to remain the same: how much fun the Ruff Riders and I are having together. Thanks to my Ruff Riders, I feel like I can do anything, and I finally feel like I’m creating that sense of community I’ve been searching for, for so long.

Regardless, if you’re a beginner or a seasoned gamer, Twitch is a great place to start or grow your gaming community. There’s a streamer out there for every type of person, and I guarantee someone out there would love to have you in their channel. The Ruff Riders and I can’t wait to see what this year has in store for us on Twitch.

We’re planning our first 24-hour charity stream in April, playing with other streamers, and attending TwitchCon 2016. To stay updated, follow us on Twitch.tv. You can also chat with me on my Twitter and Instagram pages. If you’re interested in Twitch.tv and wanting to learn more, come by sometime and watch the stream. We promise our bark is worse than our bite.

The Ruff Riders play every Monday, Wednesday and Friday from 8PM to 11PM EST.

Your moods signal a period of change.
Things are turning for the bright side.
Whoever wants to reach a distant goal must take small steps.
More Fortunes >