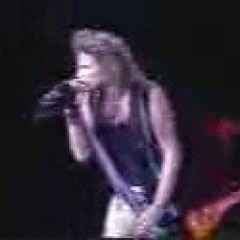 Recently, I was on the Our Liner Notes podcast talking about first concerts. Since mine was Aerosmith on their Nine Lives Tour, I thought it fitting to bring up another first concert I had. So in preparation I did some research on the first concert I watched online back in 1998…

That was the beginning of the rabbit hole. There’s isn’t much the internet has to say about this concert, leaving me to wonder why there isn’t more on this should-be-groundbreaking concert. In the wake of it’s absence, I’ve attempted to find out a little more about it and share that information and my thoughts.

First and foremost, there should be much more information online about this show, but we’ll get into that later.

A press release for the time acknowledges two things; that this broadcast then dubbed a “cybercast” was done as a promotion for the release of Aerosmith’s double live album “A Little South of Sanity,” that would be released just days later, and that this was an “interactive” affair.

“With producer Jack Douglas at the helm, mixing the outgoing audio feed, the Cybercast will give fans an excellent preview of the live album. However, what really makes this event unique is the viewers’ ability to direct the special themselves, switching live between seven separate camera feeds, each broadcasting a different perspective of the concert. 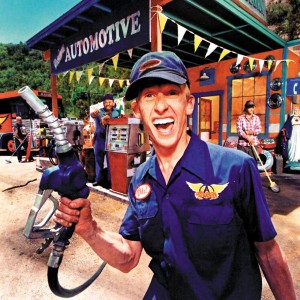 The Cover to Aerosmith’s “A Little South of Sanity”

“With all five Aerosmith band members outfitted with a special wireless microwave camera, broadcasting their individual points-of-view from the stage, and a feed that combines three front-of-house cameras, capturing the on-stage action, Cybercast viewers will be able to select what to watch at any given time, swapping between the feeds at will, to create their own unique program.”

All that, and there was an AOL chat with the band before the show. Today, this would be pretty par for the course. Live-streamed content of any kind is relatively normal, as is interactivity and communicating with the band. But remember this is the internet of 18 years ago.

The user base was down and the technology wasn’t always easy to use. I was an early adopter of the internet and one of those 147 million users in 1998. But this was still the dial-up age. The ISPs were doing the best that they could, and of those internet users, some didn’t know the real internet from the walled garden of AOL. Also of note, Google was founded in 1998, but I’m not sure anything other than hindsight makes that important. And the most common way to access the internet was through your top-of-the-line 56k modem.

Anyway, by all accounts the concert was a huge success, garnering 120,000 streams which according to the press release was “the largest single artist webcast since the medium’s inception.”

The success of the stream was such that it was rebroadcast the next month in November, but let’s take a look at the reason for the show in the first place. 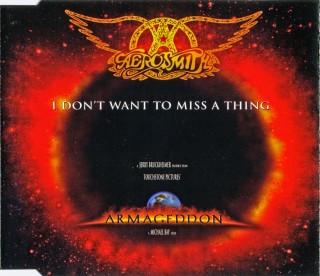 I Don’t Want to Miss a Thing

As promotion for the double live album that was released a few days later, “A Little South of Sanity” was certified Gold and Platinum on December 3, 1998, but who knows if this was because of the concert. In the context of fame, Aerosmith was in the middle of a multi-year tour for the Nine Lives album, and one of their best hit singles, “I Don’t Want to Miss a Thing” off of the Armageddon soundtrack was charting at number one. So their fame was arguably at an all time high. So maybe the 120,000 viewers for the live stream made a dent, but I’m sure based on those other factors, it would have done well anyway.

Looking again at the online concert, we can refer to it as a live-stream event. But in reviewing old articles, it was also called a webcast and cybercast, all aside from being “interactive.” This is a product of the time. The nomenclature has changed, but it all basically means the same thing.

For all of that, there isn’t much written about this interactive live-streamed first-of-its-kind phenomenon. And by all accounts, there should be. The band formed in 1971, and 27 years later they were still rocking and going full force into the “new media” of the time.

I watched it. I was there as one of the 120,000 viewers. If my memory serves me right, I watched it on a website using an embedded Real Networks web player. It wasn’t the best quality, it certainly wasn’t HD, and by today’s standards it probably wasn’t even standard definition, but to my recollection the sound was solid. I would guess the audio quality was probably at a bit rate of 72, because we are talking about dial-up, so keep that in mind. 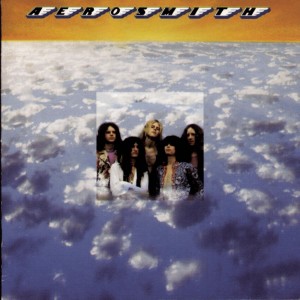 Aerosmith has come a long way

All things equal, this was advanced and ahead of it’s time. There should be much more about this concert out there, but there doesn’t appear to be, which is unfortunate. As an Aerosmith fan as well as a technological and internet junkie, I want to know more about the process and the behind the scenes down to the technologies used at the time.

But for now, I have my memories, and I hope you don’t take for granted all of the live streaming that you use in your daily life. We’ve come a long way since 1998, and we’re still going. But that’s no excuse to just ignore the things that have come before.

The path of life shall lead upwards for you.
Sharing little joys offer great hope to others.
Nothing in the world can take the place of persistence.
More Fortunes >