Spoiler Free Look at the 13 issue Fury: My War Gone By from Marvel’s MAX series

What Garth Ennis has written in his short run with “Fury MAX: My War Gone By” is the perfection achieved when you cross original Nick Fury with the Samuel L. Jackson Nick Fury…

With great art and some fantastic stories, Garth Ennis and Goran Parlov take Colonel Nick Fury through a history of dirty assignments from World War II to Vietnam, to the Bay of Pigs and Nicaragua.

And of course, all the stories tie together in this short run. The setup is of old man Fury telling stories into a recorder, and an outdated one at that, which leads very well into the title, Fury: My War Gone By. This is also a part of Marvel’s MAX line, which means it’s more rugged and writers like Ennis have much more room to play with than in the standard Marvel line of comics with graphics, language, and situation. 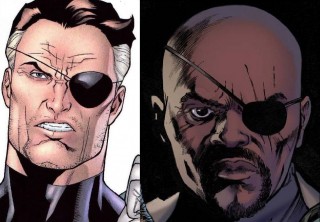 For context, I have read some old Nick Fury titles, none of the complete runs, but spare issues here and there. I have also not read any of the more recent Samuel L. Jackson inspired Nick Fury titles, but I do have quite the collection of MCU movies, as I haven’t missed one in theatres, yet.

But still I believe my statement holds. The look of Fury in this run is very classic, but the attitude borrows a lot from the two Samuel L. Jackson incarnations.

I have briefly explained the content as Fury being involved in some historical battles, but the greatest part of this small run is that it is all military and strategy. It’s a throwback to the the classic Fury, before the superheroes and their powers and gadgets. There may be no S.H.I.E.L.D. involved, but there are still politics in play.

The other few recurring characters all have political or military ties; Congressman McCuskey, George Hatherly, Shirley DeFabio and even… Frank Castle.

Yes, The Punisher makes an appearance, as himself Frank Castle, which then ties into The Punisher MAX series in which Ennis was also a part of. In fact, my passing fandom of Nick Fury was only part of the reason I picked up these trades, the other part was my new found fandom of Garth Ennis, a fandom that came about because of Preacher. 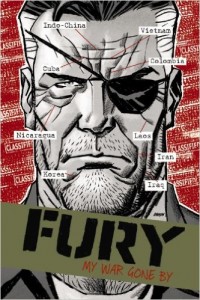 Fury: My War Gone By

And although this narrative could have been a short story, it’s not, and the art in this comic book is not to be overlooked. The atmosphere that Goran Parlov creates, while being stunning is also historically accurate. In fact, in the back of the two trades are just art pages, where you see a before and after of the one time planes had to be tweaked because they were drawn with features of the wrong time period.

That attention to detail and beautiful panels created by Goran, as well as the narrative, make this a must read for any fan of Nick Fury, or even history for that matter, because it does take actual historical events and turns them slightly on edge. But I’m going to stop before I give anything away…

Go forth, read and enjoy.

You are interested in higher education, whether material or spiritual.
Today it’s okay to make a few choices by going with your instincts.
The path of life shall lead upwards for you.
More Fortunes >