What happens when you mix fairies, tall tales, and the stuff of fantasy with baseball? The answer is Summerland by Michael Chabon, a fantastical mix of fantasy in prose spiced with the great American pastime of baseball.

Despite all that truth, it was the blurb above the description on the inside cover that captured my attention: “A magical novel for readers of all ages that blends fantasy and folklore with that most American coming-of-age ritual: baseball…”

The setup for the book is this:

“For over a century, the people of Clam Island, Washington, have enjoyed barbecues and baseball games at Summerland, on the western tip of the island, where it never rains. The small beings–known as ferishers–who ensure this perfect weather, however, are threatened by an ancient enemy and need a hero–a baseball star, in fact–to vanquish their foe. Summerland is the story of Ethan Feld, the worst ball player in the history of the game, recruited by a hundred-year-old scout called Ringfinger Brown, himself a Negro League Legend. Accompanied by his determined friend, Jennifer T. Rideout, and guided by a friendly werefox, Ethan struggles to defeat giants, bat-winged goblins, and one of the toughest ballclubs in the realms of magic, to save all the Summerlands, and ultimately the world.” 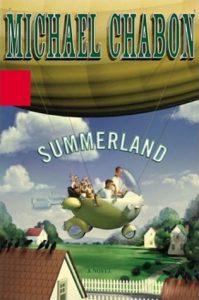 Now, as a fan of both fantasy and baseball, this book wasn’t one I could set aside once I knew of it’s existence. It was one that went right to the top of my reading list, and I thoroughly enjoyed every page.

And with all of that, it still is a coming-of-age story so to speak, with a father and son and, of course, baseball. There is a lot to say about this book, but I won’t spoil it for you. Like all great books, it has to be read to be enjoyed. It begs to be consumed, because that’s what stories are all about. That’s why they are written.

Although Summerland is a great book, what’s even more impressive is the prologue written by Chabon himself explaining not only the inspiration to finally put pen to paper but the inspiration for the story, that seed that grew in him for decades. This is, of course, in the paperback version, and this addition is the reason I prefer paperback to hardcover.

The start of that, or at least part of that impressive prologue, is as such:

“In the fall of 2000, around the time that Kavalier & Clay was published, motivated in part by the desire to try something different after the long, dense slog of writing that book, and in party by the experience of a family car trip spent listening to Jim Dale’s thrilling recording of the first Harry Potter, I determined to write a novel that would be set in an ‘American faerie,’ an idea that had been lying in a dusty alcove of my imagination for at least twenty-five years.”

But there’s one more thing about this book that I wish there was an opportunity for more of– baseball purist talk. Chabon is obviously a fan of the pure game, the National League, and in one specific instance, we, the readers, get to hear, what I presume is Chabon’s thoughts on the designated-hitter rule, the AL-only DH.

When characters speaking of the game as “boring” get to talking about why, you get the following: “Is there anything duller in all the game of baseball than watching the pitcher hit? Pitcher goes up there, if she even gets the bad off her shoulder it’s to give it a few weak waves like she’s shooing a little moth away. And then, big surprise, three or four pitches later, she’s out.” 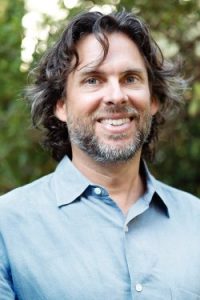 This is the kind of thing I love to read, because despite my allegiance to the Baltimore Orioles, an American League team, who has been utilizing the DH since before I was born, I have a soft spot for the National League. There’s something about making a pitcher hit that just makes sense. But I digress, this book is a must for any baseball fan that enjoys fantasy.

At another point, when describing the relationship between baseball and time, Chabon seems to almost bring poetry to the prose. “Baseball games were like that. Get a pitcher into a jam, send a bunch of guys to the plate, and half an inning could take an hour to play. And then the next two full innings might fly past in under thirty minutes. Baseball moved at a Coyote pace, now wandering, now moving at a steady lope, now bearing down hard and quick.”

I will admit that despite the intriguing nature of combining two of my favorite things, fantasy and baseball, I was hesitant as to how Chabon would not only pull it off but how he would make it work. Let’s be honest here – you have to be able to give a little to read fantasy to begin with, but baseball is not fantasy. A melding of the two didn’t seem plausible, despite the book being in my hands.

Rest assured, good reader, I was not disappointed in the slightest and I enjoyed every page, as I hope you will too, when you pick up Summerland by Michael Chabon for yourself.

Read the Secret File of technical information and quotes from Summerland by Michael Chabon.

Even a broken clock is right two times a day.
A difference, to be a difference, must make a difference.
To let another into your heart, first let yourself in.
More Fortunes >