Gilmore Girls: A Year in the Life – The Girls Are Back!

Four 90ish minute episodes: Winter, Spring, Summer, and Fall. These episodes give you all of the nostalgia you were expecting… Everyone came back, everyone that could anyway…

Now most fans, if not all, can agree that season seven was missing something with Creator Amy Sherman-Palladino not being in the writers room but she’s back and so is her husband Daniel and it shows. The writing is the quality that it was for the first six seasons that made myself and many others fall in love with the show to begin with.

So if we’re not going to discuss the ending, let’s go back to what I just said, the writing on this show is as phenomenal as it was in the first six seasons. The dialogue is snappy, witty and fast. It’s what I remember when I think about the original series and it’s all there. But there’s more.

The one thing that a lot of revivals get wrong, movie or series revivals, is a balance between the Nostalgia of the original series and moving the story forward. But this doesn’t suffer the same fate. Sure there are a few nostalgic items added in, but all in all it was a great well-balanced Revival. 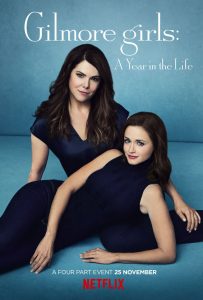 At this point, I will disclose that I have watched all 7 seasons (I also own them) and I honestly don’t know how well this holds up in a vacuum, to someone who’s never seen all of the original series. But to those few Intrepid individuals who’re going to watch this for the first time having never seen the original series this is just like it was. So if you like it, and it is your first time, you’ve got six more seasons you have to watch and one left over if you require completion.

It is absolutely everything I would have wanted in a revival of this show, nothing more and nothing less.

But enough generalizations, without spoilers, let’s get into some of the meat and potatoes of the show. The details and throughlines that I enjoyed in this revival that don’t spoil a thing.

Since this is or would have been the Eighth Season, here are the 8 bits that I enjoyed most, that have little to do with the story has a whole, so they aren’t spoilers in any way!

And as an added bonus, I’ll include two of my favorite quotes:

“Why does everything need to grow? If something’s good, keep it the same.” – Luke

Rory: “People might say drinking coffee in the middle of the night could hinder your sleep.”
Lorelai: “People are dumb.” 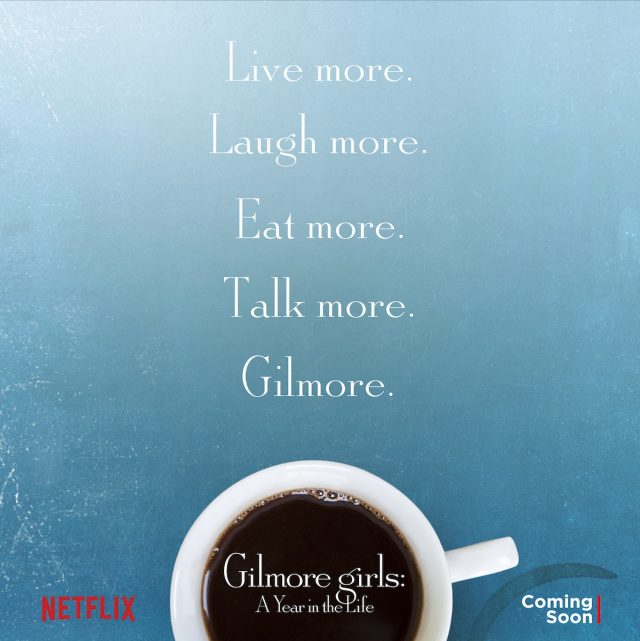 Your moods signal a period of change.
Courtesy is the password to safety.
Fame and fortune are coming your way.
More Fortunes >