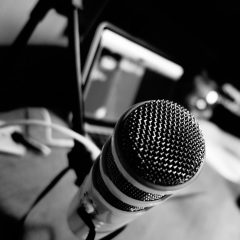 For those that don’t “get” podcasting there is a misconception that it’s just “one of those things that other people do.” But it’s not just one of those things. More and more people are turning to podcasts. It’s a skyrocketing medium.

Just like books, movies, and television, podcasting has many genres and from episode to episode those genres may coalesce into something new or different, but just like the former they can make us laugh, cry, think, and feel.

2016 has been quite the year, but throughout all of the highs and lows, I’ve collected some of the most poignant podcast quotes that I’ve heard from this past year.

So here they are in the order I heard them, which also happens to be the order they were released…

1. Scott Mosier on Smodcast Episode 344 (Monday, January 3, 2016)
“Take the thing that you don’t like to do that you have to do and then take something that you want to cut down on and marry them together… Marry a treat with your torture…”

2. Scott Mosier on Smodcast Episode 346 (Wednesday, January 20, 2016)
“I remember my therapist always said ‘Don’t confuse curiosity with regret’ … … that’s not a curiosity because you know that your life would have been improved by it, that’s when it’s a regret; where you have the guarantee of knowing what the outcome was. When you don’t know the outcome, you can’t call it a regret.” 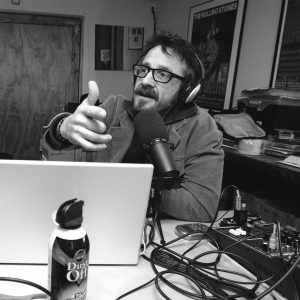 3. Marc Maron on WTF with Marc Maron Episode 675 (Monday, January 25, 2016)
“You know what the biggest problem is Michael [Moore], it’s that in a world of the internet where people can cherry pick the information that suits their ideology they can easily say ‘that guy’s making that up.’ That’s the biggest problem, ‘I’ve got my truth, I did a search for it.’”

4. Matt Mira on FEAB Episode 50 (Sunday, January 31, 2016)
“I don’t want to be sponsored as a human, I can’t be held accountable for what I do outside of podcasting, I don’t honestly want to be responsible for what I’m doing now.”

6. Craig Ferguson on Nerdist Episode 787 (Tuesday, February 16, 2016)
“I don’t think that people are really interested in the truth… For the most part, people are interested in the small adrenaline hit of their sense of righteousness that comes from looking at gossip…”

7. Craig Ferguson on Nerdist Episode 787 (Tuesday, February 16, 2016)
“There’s a real good lie that goes around that many psuedo-intellectuals believe that misery has somehow got more intellectual value than joy and that’s a real problem, because a lot of stupid people think because they’re miserable they’re smarter than they are.” 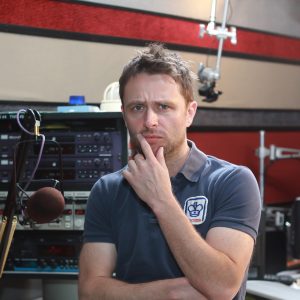 9. Chris Hardwick on Nerdist Episode 810 (Tuesday, June 7, 2016)
“We’re in clickbait culture now. This sort of ‘we need to drive traffic’ so we’re going to report on the worst angles of everything possible because we know people will click on that and we know that will drive traffic… We are in a fearocracy right now where it’s just terrifying to look at anything.”

10. Chris Hardwick on Nerdist Episode 812 (Wednesday, June 22, 2016)
“Consistent happiness really does take work. It’s not something that just happens at you… You have to seek it out, you have to see things that are positive, you have to experience it… It’s not like a fucking bus that you’re waiting [for], ‘where the fuck is this bus?’ ‘Where’s the happy bus? I’ve been waiting here for like a year, where’s the happy bus?’“

11. Paul Dini on Nerdist Episode 816 (Friday, July 15, 2016)
“As you are is enough, you know to be a happy person. You don’t need to be the person on the baseball team, you don’t need to be the best dancer at ballet, you don’t need to do all these things that you just… when you’re happy with yourself then you’re enough… But you know and I think that’s valuable, but I also think, you know on the other hand I think sometimes, you know you look at people who are artists and who are creative, a lot of that is done as a rebellion to try and say something or prove themselves, so I’m hoping there’s some sort of a balance that can be struck where a person can feel like they feel good about themselves but also can communicate some element of that through their artwork or through their artistic expression. It’s very tricky because a lot of times people get into the creative arts as a way of saying to people ‘look I’m here and I matter.’ However, there are a lot of people don’t have that resiliency, or that determination, they just shut down.” 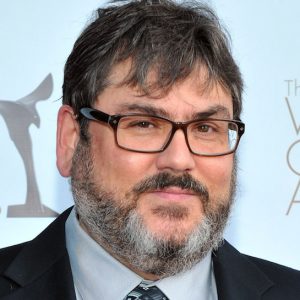 12. Paul Dini on Nerdist Episode 816 (Friday, July 15, 2016)
“I think there’s familiarity in destruction because it’s much easier to control. It’s much easier to knock something down than to build something. Which is essentially, largely how the internet social stratum works… But I do think that there’s an interesting distinction in the brain between short term and long term… And the short term voice can be a lot louder… I do think there are parts of your brain that thinks it’s doing right by you by ‘well this thing will feel good and I want to take care of you so why don’t you just do this thing right now’ without really having the skillset for consequence long term planning… I do think a lot of that is escapism and I do think a lot of that is not dealing with things responsibly and maybe a big piece of that is well because you… you were gonna create this world that you deserve ‘cause you don’t deserve to get up to here.“ 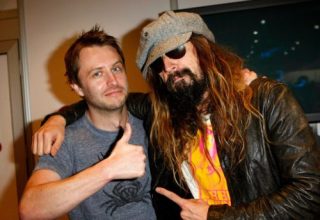 15. Chris Hardwick and Rob Zombie on Nerdist Episode 836 (Friday, November 4, 2016)
Hardwick: “There’s going to be a generation of kids who when shit goes sideways they’re not gonna know what the fuck to do.”
Zombie: “No. Childhood has to suck, because you have to learn quickly the other kids are douchebags and you gotta figure out how to deal with it. You go to school and either you figure out a crafty way to avoid things or you get into fucking fights all the time and that’s life and it only gets shittier once you grow up.”

16. Chris Hardwick on Nerdist Episode 837 (Tuesday, November 8, 2016)
“The constant state of unease and paranoia that I think people in general sort of feel right now, in this world where everything just feels batshit and I think it feels even more batshit because we’re inundated with social media and 50 million news outlets publishing 50 million stories a day because they have to make quotas and we’re just trying to process it and that’s just a reflection of the paranoia that we’re all feeling.”

These should all mean something to you. The thing about them all that captivated me is that they are all wonderful observations or stories or truths and that is why I love podcasts. I’m sure there are plenty of other quotes, some even from these episodes, that will speak to others or would speak to me given a different circumstance surrounding my listening, but there is always something.

Even a broken clock is right two times a day.
Sharing little joys offer great hope to others.
Today it’s okay to make a few choices by going with your instincts.
More Fortunes >