Defining “Inning”: A declassification of the word (Using Baseball terms in Football) 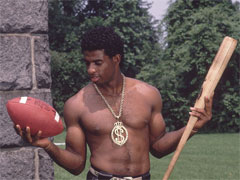 Yesterday in the Ohio State v. Wisconsin football game, the head referee, in his explanation of overtime, described it as innings. It was one of the simplest and shortest explanations of overtime in college football I’ve ever witnessed.

We know that in college football’s overtime rules each team gets to play offense and defense at least once, so it is very easy to comprehend them as innings. But where does the word innings come from?

Let’s start with the definitions:

Oxford Dictionary defines inning as “a division of a game during which the two teams alternate as offense and defense and during which each team is allowed three outs while batting.” and on Wikipedia “An inning, or innings, is a fixed-length segment of a game in any of a variety of sports – most notably cricket and baseball during which one team attempts to score while the other team attempts to prevent the first from scoring.”

Both are basically the same, although Wikipedia’s definition is much more broad and allows for use in college football’s overtime format.

The Etymolody of the word “inning” from etymonline.com is “O.E. innung “a taking in, a putting in,” gerundive of innian “get within, put or bring in,” from inn (adv.) “in” (see in). Meaning “a team’s turn in a game” first recorded 1735, usually plural in cricket, singular in baseball.” 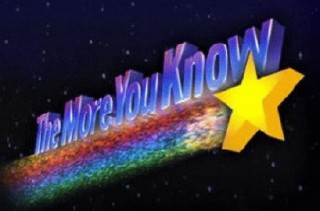 The thing that strikes me the most is that we borrow words from other things to make our lives simpler or to make our communication more effective. And yet, even considering the use of inning as an explanation for overtime was baffling to me until someone else said it first. Then again, that is how the evolution of our language grows.

Words are tools in every sense of the word. Tools are to be used to build things. Use the right tools and you’ll build it correctly, use the wrong tools and you won’t. It’s that simple.

Honestly, I thought inning was just a word we created for the sports it is used in. I now know better and you do to.

Courtesy is the password to safety.
Today it’s okay to make a few choices by going with your instincts.
Nothing in the world can take the place of persistence.
More Fortunes >