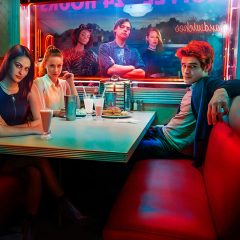 Is this how it works now? Am I doomed to watch television and say, “I’ve seen this before?”

Riverdale is the CW’s newest incarnation of comic books come to live action and through all the episodes I seen so far, I see plotlines and characters and even hints at dialogue that I’ve seen or heard before. Yes, it’s target market is younger than I am, and as such, is that the issue?

Is it that I’ve seen Dawson’s Creek, Veronica Mars, Cruel Intentions, and countless others that this show recycles?

I suspect it’s mostly that I’m too old to be their target audience, despite being in the viewership that has actually read the comics a bit, but I gave it a chance anyway…

I gave it three episodes and 17 minutes of a fourth, before I threw in the towel.

Don’t get me wrong, it’s not a bad show, but for me, it’s not really Archie, and because I’ve seen those other shows, I can’t help but think it’s all be done better. In fact, at the end of the day, Dawson’s Creek seems more Archie than Riverdale… The circle of four friends and their overlapping stories, the drama, and the angst, and of course the choice between the blonde or the brunette.

I’m not saying it won’t get better, I’m just saying I haven’t been, nor will I ever be there to see it. I gave it a chance, and isn’t that all that matters? 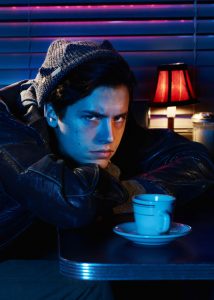 Maybe I am too old. Maybe I have a little more reverence for the original source material. Maybe I have too much prior television knowledge. Perhaps, it’s all of these things, perhaps, none of them. It truly could just be me. It wasn’t all bad… I liked Jughead, but this isn’t the Jughead show, so that isn’t enough to keep going, with all of these other issues I have.

I seem to keep coming back to its predictability. I know other shows have given me the same thoughts, “I know where this is going,” or “I’ve seen this,” but with a show that I am not hate-watching, I’m willing to stick it out and see what spin they put on the trope. That’s all there seems to be anymore; shows built around tropes.

There doesn’t seem to be much in the way of great television… Most of that has been relegated to streaming services willing to take risks and premium channels who aren’t risk averse in any way.

But at the end of the day, you like what you like, and with Riverdale, I just don’t.

Things are turning for the bright side.
Courtesy is the password to safety.
You are interested in higher education, whether material or spiritual.
More Fortunes >