“If you wish to see the truth… then hold no opinions.” Marvel’s Iron Fist is actually Good.

There is one headline that I saw before watching all 13 episodes of Netflix’s last Defender, Iron Fist. It said something about not being a series that the critics loved, because it was for the fans. 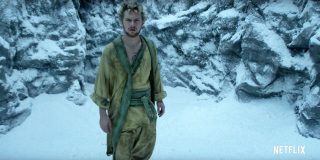 I didn’t think that was accurate, although I was sure the critics were off in their vocal criticisms of the series. And having watched all 13, there is only one thing I can say, “If you wish to see the truth… then hold no opinions.”

What does that mean? It means the series is not the dud that the critics headlines’ would have you believe. Those were and always will be clickbait for “the best” or “the worst” show you have ever seen.

No, this is a great series. It tells a certain tale and it tells it well. Sure, I’ll admit it starts off a little sluggish, but when compared to the circumstances of the other Marvel Series on Netflix, this one is a truer return to form as an origin story. The likes of which we haven’t really seen since the first Daredevil. 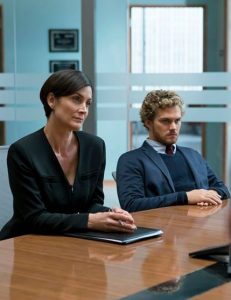 But like all of the others, Netflix and Marvel know where their bread and butter is. They once again return to hallways, for great action sequences, although not quite in the abundance we’re used to with Mr. Murdock. Hallways have become the hallmark of this universe.

The other side of that, is that again Marvel has created a three act play; Act I: Danny Returns, Act II: More Truth and the Wider World, Act III: Resolution. And it all works, as it has before and as I am sure it will again. For those thinking that Danny is just a punch, he does use his fist for more than just punching. He can hold his own without using the Iron Fist.

There’s more “world building” or “universe building” or whatever you want to call it here as well. It’s no secret Netflix and Marvel are building towards The Defenders, and Claire features prominently, as she should. She is of course, the glue of this universe, the Agent Phil Coulson of Marvel’s Netflix Universe, if you will. But there are other familiar faces too; Wai Ching Ho returns to the small screen as Madame Gao, Carrie-Ann Moss returns as Jeri Hogarth, and we are even privy to references to Jessica Jones, Karen Page and Luke Cage. 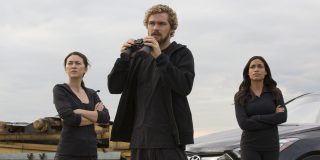 Claire has become more and more instrumental and badass as she appears in each series. Now she appears to not only be a medic and healer, but also the dispenser of advice and voice of reason, a role I believe she is reluctantly taking up.

There are a few major takeaways I can still point out and keep this spoiler free. As a fan of the Kung Fu genre, there are little things here and there that you may see borrowed from this or from that… One example, is that there is a fight with a “drunken master,” and either you know what that means or you don’t.

Another is that there are tenants of the Bushido code discussed. For those unfamiliar, “The Bushido Code” are virtues of an unwritten Samurai code of conduct. If you are interested further, the internet is teeming with some great resources that can explain far better than I. 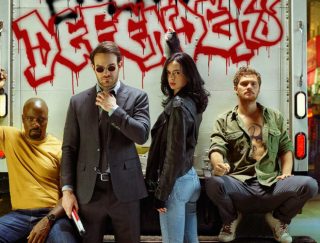 Lastly, this show is great, but that’s not what everyone will say, and I understand that Iron Fist isn’t for everyone. It does appear to set up “The Defenders,” so fans looking forward to the next adventure of the Marvel Netflix Universe would be wise to watch Iron Fist all the way through, even if it is just sparingly and not binged the whole way through.

There is one thing I want to caution, about this series in particular. It was given the impossible task of introducing Iron Fist while maintaining the Universe and starting to set the wheels in motion for The Defenders, which isn’t at all easy. In fact, that would have been the job of any series that was released before The Defenders, so it’s not something I’m just pulling out of thin air.

Can it be skipped? Perhaps, but I enjoyed it so that must mean something, though it may not mean much to you. Remember, “if you wish to see the truth… then hold no opinions.”

Even the greatest of whales is helpless in the middle of a desert.
Look forward to great fortune and a new lease on life!
Courtesy is the password to safety.
More Fortunes >