From All the Young Dudes to Ziggy Stardust: An A to Z Playlist from Agent Palmer

In this golden age of streaming music, there is more choice than ever before. But I wanted to challenge myself and eventually other people as well.

Here is the challenge: Create a single playlist of 26 songs–each song starting with a different letter of the alphabet from A all the way to Z.

Personally, I looked for inspiration from my Amazon Streaming library, Spotify playlists, and still burgeoning CD and vinyl collections to create my A to Z playlist.

That didn’t really limit me. So I decided to only use songs that I’ve been listening to recently, which did narrow it down, but not by much. Still, some letters are harder to pick than others, with many overlaps and a few with sparse picking.

Lastly, I will attempt to explain a little bit about why each song made the list. Though this is all about the now and could change if you ask me at a later date. This is the nature of music, sometimes you’re just in the mood for something and that’s what is top of the mind.

So, here for your consideration is my A to Z playlist:

A – All the Young Dudes by Mott the Hoople
I don’t know when I first heard it or why, but I seem to have always loved this song. Released in 1972 on the album of the same name, this song will always be one of my favorite songs from the 70’s and that’s saying something. 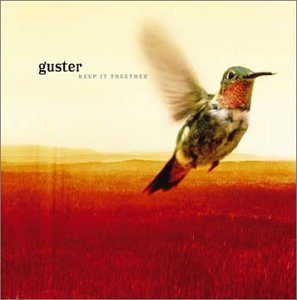 Careful by Guster on Keep It Together

B – Bang Your Drum by Dead Man Fall
This song was introduced to me on the series final of “The Late Late Show with Craig Ferguson.” And from that moment, it went straight to my playlist and I’m sure that it will be there to stay.

C – Careful by Guster
In college, a group of us discovered Guster and we’ve all been fans since, even catching them in concert way back when. This band can do no wrong for me.

D – Dead Horse by Guns N’ Roses
Use Your Illusion I & II are both equally welcome on my playlists, but this song off of UYI I, is one of my favorites musically and lyrically. “Somethin’ tells me he’s been here before ‘cause experience makes you wise…” And as we all know… That’s true.

E – Experimental Film by They Might Be Giants
“The color of infinity inside an empty glass.” With the first lyric, one of my favorite bands hooked me once again. And then came the video starring characters from one of my all time favorite internet wormholes, Homestar Runner!

F – Far Behind by Social Distortion
Ironically, this was a toss up between Far Behind and Far Behind. The one that narrowly missed out was by Candlebox, but in my mind I gave the edge to Social Distortion… Ask me again in a month and it could very well flip back the other way! 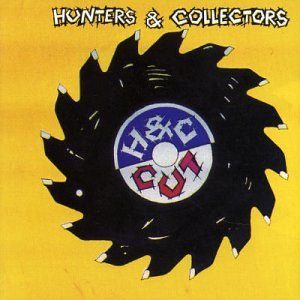 H – Holy Grail by Hunters & Collectors
I discovered this song and band by accident at the same time I discovered a love for Aussie Rules Football.

I – I Love L.A. by Randy Newman
I don’t really know if I love Los Angeles, because I’ve never been there. But I love Randy Newman and this is probably one of my favorites from him. A little more rockin’ than some of his other well-known hits. How can you not want to jump in your car and roll down the windows when this thing comes on?

J – Jimmy Olsen’s Blues by Spin Doctors
“I got it so bad for this little journalist” that in a close call, I chose Spin Doctors over Thin Lizzy’s “Jailbreak…” But it was a toss up. You can’t go wrong with either… And isn’t it always “A cloudy day in Metropolis?”

K – Kings And Queens by Aerosmith
Classic Aerosmith from the 1977 album Draw the Line. “Tossin’, turnin’, nightmares burnin’
Dreams of swords in hand,” this is one of my favorite bands going back to medieval times, so it’s truly a win-win.

L – Little Green Bag by George Baker Selection
This one comes to the list straight from one of my favorite soundtracks. Yes, this made the list because of Quentin Tarantino’s Pulp Fiction. Because, as we all know, movies are a great source of music education.

M – Majestic by Wax Fang
I first heard this song when it was featured on an episode of American Dad. And I still enjoy this song. “How could anyone tell them that some things are not what they seem?” It’s more like an amusement ride than it is a song and I’m quite alright with that.

N – Number One by Chaz Jankel
Another song from a soundtrack, this one from one of my favorite movies(Real Genius) is just never-ending and classically stuck in the 80’s. But that’s when I grew up and I don’t think I’ll ever grow out of it. 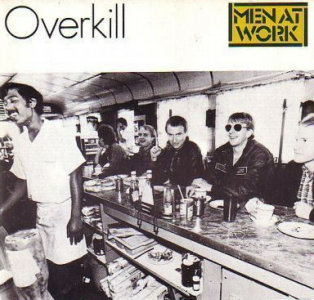 Overkill by Men At Work

O – Overkill by Men At Work
I have such a soft spot for both Men At Work and lead singer Colin Hay, that there’s always some of either on most of the playlists I’ve ever made in my life. And as someone who has anxiety and trouble sleeping, this could easily be my anthem two or three times a week!

P – Pump It Up by Elvis Costello & The Attractions
I have quite the affinity for soundtracks, because this one again comes from a soundtrack. Now, this is the original, and I first heard it by Mudhoney on the PCU soundtrack. But the original is slightly better to my ear.

Q – Question by The Moody Blues
This song is just one of those songs that’s a journey unto itself. Although that could be said of other songs by The Moody Blues too. But this one has special resonance because I’ve never found a question I didn’t like to ask, only answers too vague.

R – Right Now by SR-71
“You know i used to be such a nice boy…” Well, that’s debatable. But, this was another one of those where I could have easily chosen another song of the same name, “Right Now” by Van Hagar. Right now, I’m going with the Mach 3+ strategic reconnaissance aircraft.

S – Stand Up (For the Champions) by Right Said Fred
Probably one of the most anthemic songs I’ve ever heard, this proves to me that Right Said Fred was more than just “I’m Too Sexy.”

T – Through Being Cool by Devo
I first heard this when a Devo-esque band was playing it in a bar in the 1983 animated classic Heavy Metal. Though the song stands on it’s own, and that animated band basically was Devo, I just relate too much to this song… And while I’ve never really been cool, I don’t aspire to be either, so I’ve basically always been “through being cool.”

U – Until the End of the World by U2
I actually think that Achtung Baby is much more than One and Mysterious Ways, and this song is just one of those examples… 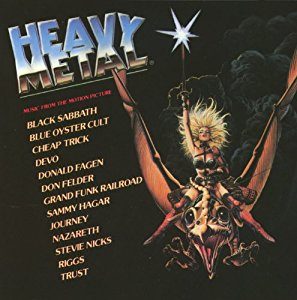 V – Veteran Of The Psychic Wars by Blue Oyster Cult
I think we’re all veterans of the psychic wars, don’t you? We wage them against our own minds all day long, or maybe it’s just me. But in full disclosure, this song was yet another that I started listening to because of a movie. Because who doesn’t love the 1981 cult classic, “Heavy Metal?”

W – Werewolves of London by Warren Zevon
Ok, do I even need to explain this one? I mean aren’t we all just looking to “get a big dish of beef chow mein?” It’s as classic as classic gets. Aaoooooo!

X – Xanadu by Rush
“I had heard the whispered tales of immortality. The deepest mystery from an ancient book I took a clue.” Aren’t we all looking for Xanadu? And wouldn’t we all be a little more hopeful while listening to Rush while searching?

Y – You Can’t Always Get What You Want by The Rolling Stones
Well, you can’t… “But if you try sometimes well you just might find you get what you need.” It’s classic Stones and it’s the best rock song ever with a french horn in it, so that has to count for something.

Z – Ziggy Stardust by David Bowie
“Ziggy played guitar” and it was good. Bowie is just one of those musicians that I’ve always enjoyed, and always will.

This will be an ongoing series as I challenge others to write their own A to Z Playlists.

Let’s finish this up now, someone is waiting for you on that.
Your moods signal a period of change.
Nothing in the world can take the place of persistence.
More Fortunes >