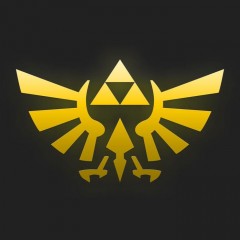 This may be a kind review when it’s all done.

Then again, it may not.

In between my kids’ and wife’s shifts of essential dominance over the television thanks to Netflix, I’ve taken it upon myself to play through – in order – the canon-friendly titles of the Zelda universe (no CDi or LCD games, for the love of Hylia) that I can get my hands on, either via existing console cartridges and discs or emulation. 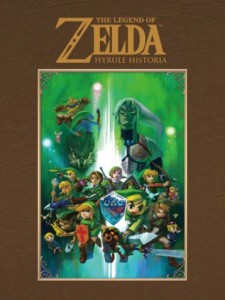 The Legend of Zelda Hyrule Historia

This was almost impossible before 2011 and announcements made since the arrival of “The Legend of Zelda: Skyward Sword” late last year.

The forthcoming release of “Hyrule Historia” via Dark Horse Comics cleared up the long-contested chronology of the games (as does this handy video from GameTrailers below).

I’ve played several of the titles, mainly the N64 generation forward, and have since defeated Ganon in the original 1986 game that began it all with a boy exploring the caves and hillsides alone – except for a sword given to him by an old man, a shield, and three hearts.

Much of the mythos that surrounds Hyrule is still unknown to me, particularly those confined to handheld devices. 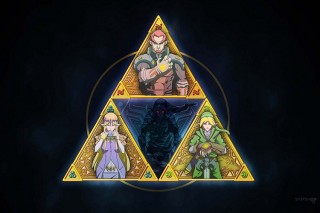 The Triforce Art by Luis Santiago

But my personal challenge is to play through the series as it is now retrospectively clarified.

Along the way, I’ll dish out details and gripes on gameplay, graphics, and more, some of which may come as a result of the way I’m playing them (WiiWare and emulation included).

It’s simple. Link represents what we can accomplish when faced with impossible odds. What more can we learn about a boy who travels the oceans to rescue his little sister or dives headfirst off of a floating island to an unknown world below to save the daughter of his academy’s headmaster?

I’ll be finding out soon, in the order the goddesses Din, Nayru, and Farore intended.

Agent Parker is a Scranton-based artist, writer, father and geek. Follow his nonsense on twitter @PeterParker_Pa. Purchase his pop culture goodies at society6.com.