From Across the Pond: Agent Hunt’s A to Z Playlist

This list was originally about 40 songs long, and didn’t include the letters X and Z. My Amazon and Spotify playlists let me down so I was forced to delve further into the internet. I’ve no doubt that if I played to this my friends and family, they’d know it was mine.

Creating a playlist like this offers a great opportunity for reflection. I was surprised by how much of the music I listen to came from my dad. The rest pretty much came from commercials and movie soundtracks as I don’t listen to the radio all that much. The other surprise was how little music I listen to. Like many, I suppose that while I listen to music all the time, I tend to fish from a very small pond. That’s something to take away and work on.

A – Acquiesce by Oasis
Acquiesce is probably the greatest B-side ever written, so much so that it was later released as a single. The A-side track Some Might Say made it to the top of the charts but this song is many a fan’s favourite.

B – Black Capricorn Day by Jamiroquai
For me, this is the stand out track on Synkronized. A great blend of funk and jazz topped with Jay Kay’s trademark vocals.

C – California Soul by Marlena Shaw
This is a great song whatever way you cut it. It’s been used everywhere. The excellent Diplo remix is also very popular, and was used for a good few years as background music on NFL coverage.

D – Daft Punk Is Playing At My House by LCD Soundsystem
A song about playing Daft Punk, one of my favourite acts, at a house party. This came out when I’d moved out on my own and was having lots of house parties. Good, fun track. 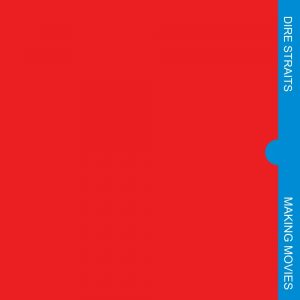 E – Expresso Love by Dire Straits
Rock piano makes songs better. The guitar riff, then the piano riff, then drums. My earliest music memories are of my dad playing Dire Straits. Mark Knopfler is one of the greatest guitarists alive and his lyrics told stories like nobody else.

F – For What It’s Worth by Buffalo Springfield
Used in countless movies and TV shows. Political, yes but also a great folk-rock song.

G – Gimme Shelter by The Rolling Stones
First heard this at the end of a movie (I forget which) and it took me ages to find out what it was. The opening guitar had me hooked and the bluesy feel and vocals make this a great song.

H – History Repeating by Propellerheads ft. Shirley Bassey
The lobby scene in The Matrix introduced a lot of people to Propellerheads, and I was no different. This song however mixes the pair’s trademark big jazz sounds with wonderful vocals by none other than Dame Shirley Bassey. The video is also superb.

I – It’s the End of the World as We Know It by R.E.M.
Another of my Dad’s influences. The second single from 1987’s Document is loud, shouty, political and just a fund song to sing along to.

J – Jupiter Shift by The Crystal Method
I first heard The Crystal Method when their track Keep Hope Alive was used for the opening credits on Third Watch, which I used to watch religiously back in my college days. Jupiter Shift is from the duo’s 2014 eponymous album and marked a slight change in direction. Is also a great running song.

K – Kyoto Now! by Bad Religion
I discovered Bad Religion in my late teens, and Process of Belief is my favourite of their albums. It got a lot of play on my CD Walkman. Kids, go ask your parents what one of those is.

L – Last Hour of the Last Day of Work by Less Than Jake
“So when ambition turns into competition, I’ll never be the better man”. Borders and Boundaries was a strange step up from Less than Jake’s usual ska fare into a proper, grown-up album, and it worked brilliantly. The rolling drum beat and guitar melody work well with the bleak lyrics.

M – Motorcycle Emptiness by The Manic Street Preachers
The Manics could have easily filled out this whole list. I’ve been a fan ever since I heard If You Tolerate This, and quickly started working through their back catalogue. This song is from Generation Terrorist, their debut, and in my opinion, best album. 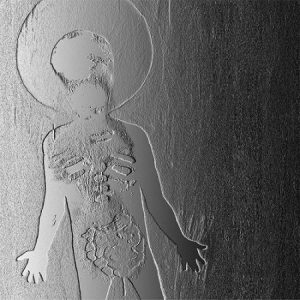 N – Nocturnal by Unkle
Like most of my music, I discovered Unkle when Trouble In Paradise was briefly used on a TV show. The 2011 album End Titles… Stories for Film quickly became one of my go-to albums, especially for driving. I have a different favourite song from the album every week, but Nocturnal is one of the best. Light on lyrics but strong on beat and melodies.

O – One Day Like This by Elbow
“Someone tell me how I feel, it’s silly wrong but vivid right.” Used on pretty much every TV show, the words “throw those curtains wide, one day like this a year would see me right” stick right in the brain and you can’t help but feel good listening to this anthemic masterpiece. The second half of this song is played across the PA as you cross the start line of the Great Manchester Run every year. Almost brings a tear to the eye.

P – Purple Rain by Prince
No playlist is complete without Prince, this is one of his best songs. It showcases all of his talents as a singer and a musician. The guitar work is sublime and even if you ignore the movie of the same name, this song stands up on its own as a great piece of music.

Q – Questions by Jack Johnson
This made the list by virtue of it being the only song in my library beginning with Q. It is however, a good song from one of Johnson’s more underrated albums. Johnson’s playing is sublimely laid back and imperfect. That adds to the charm.

R – Rolled by Lemon Jelly
This track is mostly built around a sample from Lemon Jelly’s earlier song The Curse of Ka’Zar, although it took me an embarrassingly long time to make that connection. It then works perfectly into Feel Like Making Love by Bad Company.

S – Song for Whoever by The Beautiful South
One of the first songs I ever heard by one of the first bands I ever saw live. “The number one I hope to reach depends upon the tears you weep…” A song about a songwriter thanking his muses for his success. Not your usual pop music fare, I love the piano playing on this song.

T – The Way It Is by Bruce Hornsby and the Range
A regular song on Radio 2, the unmistakable piano melodies are iconic and contrast sharply with the bleak lyrics. For a song about unemployment and social inequality, it sure is a lot of fun. 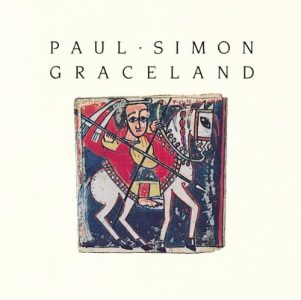 U – Under African Skies by Paul Simon
Graceland is an excellent album but this stands out. The opening riff grabs you and carries you through the song.

V – Vertigo by U2
Slight guilty pleasure but this is a great rock song. I was quite late getting into U2 and this song was the clincher.

W – Wicked Rain by Los Lobos
With the exception of La Bamba, Los Lobos never really made it big on this side of the pond. Wicked Rain closed the first series of Bosch and I was sold. I’ve included the live version on my playlist as I just think it sounds better. Kiko Live is another great driving album.

X – X&Y by Coldplay
I needed a song that started with the letter X. This was the best I could do. It’s not a bad song, I like the guitar riff in the middle eight. Clocks is better.

Y – You Stay Here by Willy Porter
Originally by Richard Schindell and his version is also excellent. I was introduced to this song on Willy Porter’s High Wire Live album by my dad so it holds a special place. How it only has 32,500 plays on Spotify is beyond me. The video is the original version, go find Porter’s version on Spotify.

Z – Zombie by The Cranberries
This song was one of the Cranberries early hits and is a protest song written after an IRA attack. Dolores O’Riordan’s beautiful Irish lilt is particularly present in this song. There’s also an acoustic version which is worth a listen.

Agent Hunt aka Mike Laybourne (@mikelaybourne) is a British husband and father to two girls. Aside from briefly playing bass in a short-lived band, he’s never had any musical aspirations despite being fortunate enough to live in Manchester; the music capital of the world. He can be found contributing to the4thlinepodcast.com and believes everything sounds better on vinyl.

Good clothes open many doors. Go Shopping.
Fame and fortune are coming your way.
Your moods signal a period of change.
More Fortunes >