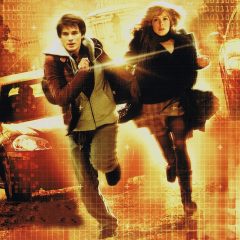 I have a reverence for WarGames. It is one of my favorite movies of all time, and while I hold it in a sort of sacred category among movies, that does not mean that the direct-to-video sequel WarGames 2: The Dead Code is unbearable to me as it evidently has been to others.

I enjoy the film for what it is: a sequel for another time with a respectful honoring of the original. Is it the greatest film? No. Is it an decent popcorn film? Perhaps for some, but for me it is enjoyable; no more and no less.

The espionage and intrigue work well enough, but the characters are fleshed out, at least the main one – Will Farmer – and there are enough callbacks to the original to make it appeal to fans of the 1983 classic starring Matthew Broderick, unless you are going to nitpick it.

And I may nitpick a bit in this review, but I still think this film has validity. However, I don’t believe there are many who share that sentiment.

The movie opens a bit like Real Genius with the remote destruction of a target, only it’s not a training film simulation of a yet to be created weapon, it’s truth in the world of the film. What was that operation? Let’s let T. Kenneth Hassert explain; 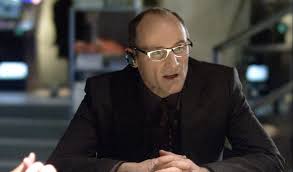 Hassert from WarGames 2 The Dead Code

“These are terrorists, people. Eliminated in an automated operation with 98.6% efficiency. 98.6, the temperature of blood. And not a drop of ours was spilled thanks entirely to our girl RIPLEY. RIPLEY defeated this particular terrorist cell through one of her honeypot sites. Attractive, high-stakes games hidden in the darker reaches of the Internet… Once a player penetrates level 5, RIPLEY tags him as a security threat. RIPLEY engaged skilled gamers, exhibiting familiarity with weapon systems and terror tactics.”

So, instead of RIPLEY thinking through scenarios (as was WOPR’s [hereafter referred to as JOSHUA] function), she is automated to take care of everything from surveillance to carrying out missions all on her own.

So, what about our main character? Who gets to be David Lightman and fill Broderick’s shoes? That would be Matt Lanter as Will Farmer. And, true to the original, he has a love interest, with Amanda Walsh’s Annie D’Mateo filling the role of Ally Sheedy’s Jennifer.

Professor Falken is back, though it’s not John Wood reprising his role, but Gary Reineke, who does do the character justice. And of course, JOSHUA is back.

WarGames 2: The Dead Code is a modern expansion of the world from the original. And watching it years after its release in 2008 when I watched it the first day it was available for purchase, it’s striking or perhaps ironic that the Blackberries, flip phones, and the rest of the technology in the film seem as outdated as the CRTs and phone-coupling of the first film.

But there are plenty of call backs! Beyond Falken and JOSHUA, Will does use a payphone hack, a hat tip to the original. I don’t remember seeing many payphones in 2008, and there are even less now, but I was happy to see it anyway. 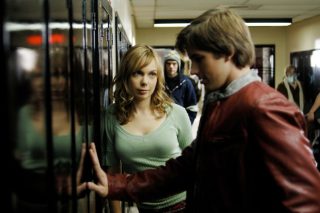 Annie and Will from WarGames 2 The Dead Code

Annie gets to be as flirty and snarky as Jennifer was, the best of it being;

Annie: “You’re an easy read for a smart kid. Maybe you shouldn’t take up chess, ‘cause if I faced you over a board, I’d take you apart before your first move.”
Will: “Bring it on, then.”
Annie: “No, you gotta get yourself together before someone can take you apart.”

And then there’s Annie’s realization that Will isn’t just “a normal kid,” if you will, but then, who is? That comes after they’re being hunted by RIPLEY with this tidbit;

Annie: “Okay, so, like, when other kids were out playing baseball, you were in a dark room playing with computers?”
Will: “I played baseball. Third base. All-stars. And I didn’t play with computers, I built them.”
Annie: “Okay, can you spell ‘over-achiever?’”
Will: “Hey, my dad taught me about computers, and he was my third-base coach.”

And let us not forget the most important list of all, the games list on RIPLEY’s honeypot sites, yeah it’s the original list with one addition; The Dead Code.

Sure, the rest of the film plays out very similarly to the original. RIPLEY, like JOSHUA before her, takes control and the humans are left to figure out how to stop World War III, which is only stopped by JOSHUA and Will. 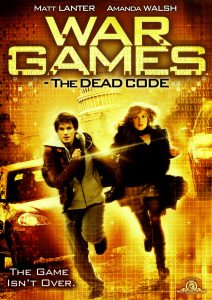 But there’s more for fans of the original. Falken first introduces himself as the “man who almost started World War III,” and the ending callout:

JOSHUA: ARE WE STILL PLAYING?
RIPLEY: A STRANGE GAME. THE ONLY WINNING MOVE IS NOT TO PLAY.

Again, it’s not the greatest film. It doesn’t live up to the original either, but that doesn’t mean it sucks. There’s a reverence in the story and nods to the original that are important. Perhaps, I’m more open than most, but I keep this DVD right next to my copy of the original because that is where it belongs.

Haven’t seen it? Why not? In my mind it isn’t as bad as others believe, but I didn’t go in with a microscope looking for the bad. I spent my time watching the film looking for the good. It’s not perfect, but it does things well enough, even if they are derivative, and I’m happy they made the film.

Read the Secret File of technical information and quotes from WarGames 2: The Dead Code.

Whoever wants to reach a distant goal must take small steps.
The path of life shall lead upwards for you.
Fame and fortune are coming your way.
More Fortunes >