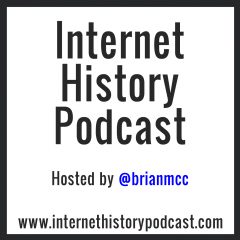 From Netscape and the browser wars to the origins of the MP3, the rise of walled gardens such as AOL and Prodigy, the first online advertising, and e-commerce. To the iPhone and the internet in our pockets, and the creation, destruction, and aftermath of the dot com bubble; the Internet History Podcast covers it all and more.

It started back in 2014, on the 20th anniversary of the Internet Era as we know it when Netscape was founded. It made host Brian McCullough want to read a book that summed up the Internet Era. “The only problem was, no such book existed.”

So Brian “set out to do the research and record the oral histories that will (hopefully) someday make that book possible.” And he’s doing it, that book will be out in the Spring of 2018. Brian is creating a podcast and turning it into a book, a “comprehensive history of the Internet Era.”

He does so on the Internet History Podcast, mainly a weekly show, where he has three different types of shows; chapter episodes diving into a specific topic, interview episodes that are relating to either the chapter surrounding them or future chapters, and discussion recap episodes based on where he is in the telling of Internet history.

I am aware, because I’ve heard every episode, that Brian himself has said there are people who only listen to the chapter episodes and those who only listen to the interviews. I fall squarely into both categories, as I am enthralled by the undertaking and the education I am getting on where we came from and how we have come to arrive at this point in the Internet Era. 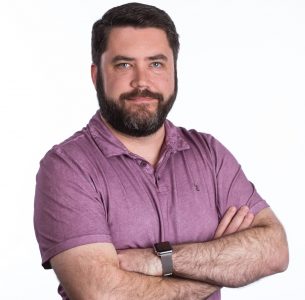 The chapter episodes are well researched and beautifully articulated, while the interview and recap episodes are completely engaging conversations to listen to. Most importantly, it is all done with the utmost respect for the subject and where we have come from, technologically speaking, which has led to the proliferation of the Internet Age as a whole.

It’s hard to highlight guests, because they are all informative and come to the show telling stories with the same passion that made their respective leaps into the Internet Era successful. But I should note a few episodes, so if you’re not interested in diving through the entire back catalog, at least you can catch up on some of the more impactful chapters, recaps, and interview episodes, thus far.

Now, that is a lot of listening, 22 suggested episodes in all. But it’s all well worth it, if you’re not going to take the time to go back through the entire archive, which I highly suggest. 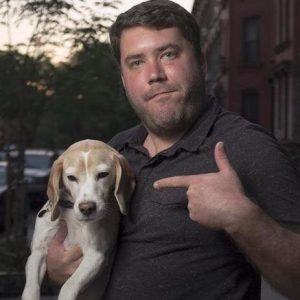 This is the best History class you will ever take. You will learn not only about what has happened, how it happened and why, but what it means now. Technology by and large does come and go, as much of it has a shelf life, but that doesn’t mean there isn’t something to be learned from whence it came, because there absolutely is, and this show in particular highlights some of that.

It’s not quite Battlestar Galactica’s “All of this has happened before, All of this will happen again,” but it’s not throwaway information. Science and technology, and by extension the internet, is built on the shoulders of the breakthroughs that came before and it’s important to look back before we look forward.

For all of the books I’ve read about the history of technology and the tech moguls of today and yesterday, those are still books, one way streets of information where the author writes something down and I read it up. This podcast isn’t the same.

Sure, it’s still just Brian reading something or Brian and a guest (or two), but that’s NOT how it actually is. Brian is the voice and the host but he also is the audience, especially when in an interview setting, as he’ll ask the question you are thinking. As I’ve stated, Brian is engaging both alone and with guests, so do yourself a favor and start listening.

You’ll enjoy yourself and you might even learn something at the same time.

To let another into your heart, first let yourself in.
Even a broken clock is right two times a day.
The path of life shall lead upwards for you.
More Fortunes >