Disclaimer: This playlist is not necessarily the best that the British Isles has to offer. Rather it’s an A to Z of great songs by bands that I like listening to. Some are many decades old, while others are relative youngsters. Although this was curated with a certain audience in mind; it contains a degree of autobiography as it’s impossible not to link music to life events and moments in time. This playlist was also a collaborative effort, in places, so credit to my wife for some noted contributions.

A – Adolescent Sex by Japan
Raw, edgy and super catchy. I was introduced to this song on Fred Deakin’s stunning Triptych compilation album and it’s a belter. Japan were one of the first bands to blur the line between the glam and new romantic genres, but despite one top-ten hit, never made it big.

B – Buck Rogers by Feeder
Time to rock out for a bit. Feeder had a few hits but this was their most memorable. It was featured on the soundtrack of the TV show Teachers which no doubt helped it gain exposure. Andrew Lincoln starred in Teachers before crossing the Atlantic to fight the Walking Dead. This song is a lot
of fun. 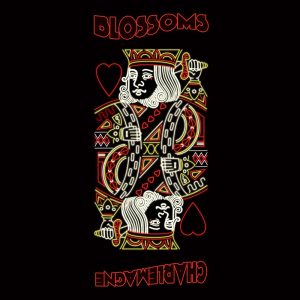 C – Charlemagne by Blossoms
The band Blossoms took their name from a pub a mile from my office, where they used to gig before making it big. This is their biggest hit to date. It’s new and somehow old at the same time. I like how the band draws on different influences.

D – Don’t Let Me Be Misunderstood by Joe Cocker
Originally by Geordie band The Animals; Cocker ran with this and made it his own. Combining sounds from multiple genres to elevate the song to a masterpiece. It also closed the 2004 movie Layer Cake’s soundtrack brilliantly.

E – Everything Must Go by Manic Street Preachers
No list by me would be complete without a contribution by my favourite Welsh rockers. This song is taken from the album of the same name, the band’s 4th studio album but the first recorded after the disappearance of guitarist Richey Edwards. Enola/Alone, from the same album was also in contention.

F – F.E.A.R. by Ian Brown
This is one of the smartest songs on this list. The title is also an acronym used on each line in the song. Took me an embarrassing amount of time to realize that. Anyway, Brown knows how to use strings to his advantage. Listen out for the various melodies that dance across this track,

G – Grounds for Divorce by Elbow
I love Elbow. To my recollection this was their earliest big hit and Guy Garvey’s lyrics are wonderful. His ever-present Mancunian accent lends this song a legitimacy and cements it as one of his best.

H – Hundred Mile High City by Ocean Colour Scene
The band’s sound was shoe-horned into the early ‘Madchester’ genre but that does the sound a disservice. Driving guitars and vocals definitely give that feel but there’s also a lot to separate Ocean Colour Scene from their slightly more northern peers.

I – Isn’t It Amazing by Hothouse Flowers
This song is equal parts ridiculous and equal parts glorious and I love it. The opening bassline arrives like a swift punch in the face. Hothouse Flowers are renowned for blending all sorts of genres and this song includes pretty much all of them. It closes out their 2006 best of and is the perfect song to do so. 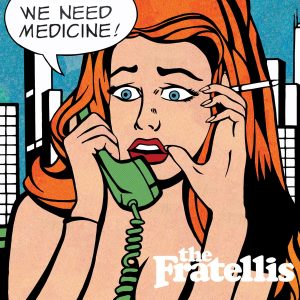 Jeannie Nitro by The Fratellis

J – Jeannie Nitro by The Fratellis
The first from Mrs Laybourne. The Fratellis suffered from their hit Chelsea Dagger being overplayed to death, even now that chorus gives me a nervous twitch. Their more recent stuff is better, and has shaken off that football-chant style while showing off Jon Fratteli’s great work as a
songwriter.

K – Keep On Moving by Five
A boy band? Yeah. This was Asta’s suggestion but it’s a great song. You can’t help but tap your feet when this comes on. It’s impossible not to like this song.

L – Live In A Hiding Place by Idlewild
As we continue on the indie train, Idlewild really made it big in 2002 with this track, although the Scottish guitar botherers had been plying their trade for a few years prior. Fronted by the wonderfully named Roddy Woomble, Idlewild had some more success in 2005 then disappeared back into obscurity.

M – Munich by Editors
2005’s The Back Room is an excellent album and went platinum in the UK. The lyrics are bleak but very well written and the melodies are powerful. In a Venn diagram with the Manic Street Preachers and Radiohead, Editors sit in the middle.

N – No More Heroes by The Stranglers
Post-punk pioneers The Stranglers are much a part of British music history as the Beatles or Rolling Stones. No More Heroes was my second choice as Strange Little Girl is my favourite of their songs, but it didn’t fit the remit. This song showcases the band’s more mainstream stuff.

O – Odetta by Rag’n’Bone Man
The newest song on the playlist is taken from 2017’s album Human. An album I’m smitten with. Rory Graham aka Rag’n’Bone man has one of the best voices I’ve ever heard and his lryics are sublime. This is a pure hipster claim but I was into this guy before he was cool.

P – Pure by The Lightning Seeds
The best band to come out of Liverpool (I don’t care for the Beatles). So many tracks to choose from, but this is one of my faves. The Lightning Seeds sat on the sidelines during the great Britpop wars of the 1990s but carved out their own genre blending niche.

Q – Queen of Peace by Florence and the Machine
Asta’s promoted this track after it got a lot of airplay on the popular radio stations I don’t listen to. Florence Welch’s voice is beautiful and haunting and this song is great. I definitely need to listen to more of the band’s work. 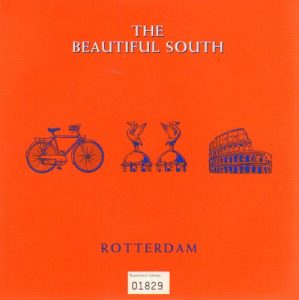 Rotterdam (or Anywhere) by The Beautiful South

R – Rotterdam (or Anywhere) by The Beautiful South
Not an old song but an influence from the parents and one of the first bands that I saw live in concert.

S – Solutions by Bush
This is an honourary mention. I’ve never been that big a fan of Bush, or the British grunge scene but
I remember hearing this song on a compilation album when many, many years ago and that guitar riff never left me.

S – Sun Hits The Sky by Supergrass
My actual entry for ‘S’ is my favourite of Supergrass’ bigger hits, it’s fun and catchy like all of their material but its melodies are heavier and more mature. The guitar and bass playing are wonderful.

T – Two Wrongs by Pugwash
One of my favourite bands that nobody has heard of. Pugwash don’t subscribe to any particular genre and although Two Wrongs has a heavy post-punk feel, most of their stuff is slightly more laid back. Anchor and Anyone Who Asks are also great tracks and almost made this list.

U – Under The Moonlight by Travis
The definition of ‘easy-listening’. All Travis songs are essentially the same, but also nice to listen to. There’s not else to say really.

V – VROL by Sunset Sons
I’ve been a big fan of this band since I discovered them about two hours ago while curating this list. One of them is British, one is a Australian and they all live in France but songs beginning with V are hard to come by. Britain is a proud, multicultural melting pot so I’m claiming it. That aside, it’s a pretty good song.

W – When The Sun Goes Down by Arctic Monkeys
2006 was a great year, I moved into my own place, got together with girl I’d go on to marry and the Arctic Monkeys released Whatever You Say I Am, That’s What I’m Not. New, and very edgy, the music while proficient took a back seat to Alex Turner’s lyrics. Describing life
in northern towns perfectly, the album connected with a generation previously unreached. When The Sun Goes Down was chosen purely for its initial letter, but the whole album is gold. 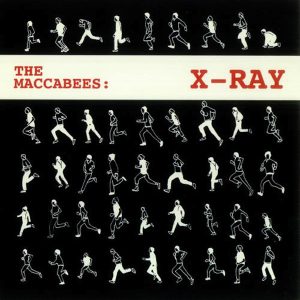 X-Ray by The Maccabees

X – X-Ray by The Maccabees
Songs beginning with X are few and far between. That’s all I got.

Y – You Give Me Something by Jamiroquai
Pop, funk, acid jazz. Jamiroquai blends it all brilliantly. Jay Kay’s vocals and lyrics are superb and this track, from the band’s fifth studio album is stunningly laid back. Jamiroquai are one of those bands that goes from strength to strength. Let’s not talk about that Godzilla
song though. Everyone makes mistakes.

Z – Zoo Station by U2
Might just be a British thing but it’s not cool to like U2 so nobody below a certain age pays them any attention. Weird. Anyway Zoo Station opens Achtung Baby and while not the best track on the album, is a solid track in its own right. Adam Clayton’s bass carries the track throughout and as a bassist myself, is fun to jam along to.

Agent Hunt aka Mike Laybourne (@mikelaybourne) is a British husband and father to two girls. Aside from briefly playing bass in a short-lived band, he’s never had any musical aspirations despite being fortunate enough to live in Manchester; the music capital of the world. He can be found contributing to the4thlinepodcast.com and believes everything sounds better on vinyl. Check out his previous A to Z Playlist.

Even the greatest of whales is helpless in the middle of a desert.
Courtesy is the password to safety.
To let another into your heart, first let yourself in.
More Fortunes >