Not Your Father’s Punisher: A Spoiler Free Review of Netflix Marvel’s The Punisher

The Punisher has returned to New York with a season all his own on Netflix. It’s seriously good. It’s violent and it is thought provoking. It’s not something you’ll want to skip as Marvel seems to be raising the bar on itself.

Here’s the thing. I’ve read some comics featuring or with The Punisher, but that is of no matter as comparing new media to it’s original incarnation is not a path that tends to be very fruitful.

Clearly, in order to review this series, I have to compare it to something otherwise I’ll just give it away. First and foremost, as Deadpool changed the landscape of comic adaptations, so too does this. It has the feel of a serious police procedural, following one main case as the clues, evidence, and witnesses manifest throughout the season, only with more gunplay and visceral violence than those shows usually contain. I mean, come on, this is The Punisher we are talking about. 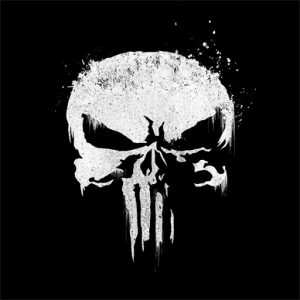 What has been created around The Punisher, without the help of his blind compatriot Daredevil, is a raising of the stakes for serious comic adaptations in any form, on the big and small screens.

Though this lacks the humor of the prior Netflix Marvel adaptations, that is all it lacks. The serious tone leads to some very serious issues. Gun control comes up, but that’s not the major factor within the 13 episodes. Veteran’s Affairs and PTSD are much more serious and prevalent.

It’s important to remember that just six days prior to it’s release on Netflix, America celebrated Veteran’s Day. And many of the same issues that get talked about on that day, come up here. It’s hard to ignore the horrors of war that come home with our heroes. Although this is entertainment, like many other forms, it does create several talking points.

It isn’t preachy, it doesn’t dwell, but like The Punisher himself, the series doesn’t hide from those issues either. I did not serve, but I have some friends who have. I spoke with a few of them after their last deployment, and I hope this is cathartic for them. They are aware that they aren’t alone, but not all of them seek help.

Now, this is a first for Marvel. To address serious issues like how Veterans are treated and PTSD, is new territory and they handled both with respect and eloquence. And the dialog is up to the task, with Curtis saying in Episode One: “Everybody wants to be somebody else. Nobody is happy just to look at themselves in the mirror, see themselves. Then it means they don’t have to be responsible either.”

As for the show, I see it (as I stated earlier) as a raising of the bar for Marvel. I don’t expect the rest of the shows to follow suit, but that doesn’t mean you won’t see Luke Cage once again discuss or address race, Jessica Jones women’s issues, or Daredevil the difficulties of the blind or those with a disability. It’s not something I think they need to do, but they can. If they handle it as well as they did the issues that came up in The Punisher, then their writers seem to be up to the task. 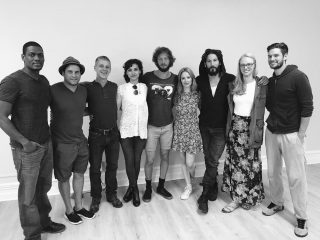 The cast of The Punisher

Again, this is a serious change for the shows we’ve seen taking place on the streets of Hell’s Kitchen. It’s not for the faint of heart nor is it lighthearted. It’s a serious representation of a character that is more than just the brutal nature of The Punisher that we have seen in other incarnations.

The cast; Jon Bernthal, Amber Rose Revah, Ebon Moss-Bachrach, Ben Barnes and the rest are fantastic together. There’s real chemistry between the characters and more character development internally for these actors to grapple with than in any prior series Marvel has created for Netflix.

Yes, we’ve seen internal character development in a season for Daredevil, Jessica Jones, Luke Cage, and Iron Fist, but here it happens for multiple characters evenly throughout the series and not just for our main hero. Hero is only a word that can apply to them, not The Punisher. I won’t call him an anti-hero, and I won’t call him a vigilante, because those get thrown around too much. The Punisher is a great character in his own right, that needs no classification.

I’m sure there’s a lot more I could say, but I won’t say it. This show is worth watching unspoiled. It’s worth experiencing for yourself. So make some time to press play on all 13 episodes. You won’t be disappointed.

Even the greatest of whales is helpless in the middle of a desert.
Courtesy is the password to safety.
Today it’s okay to make a few choices by going with your instincts.
More Fortunes >