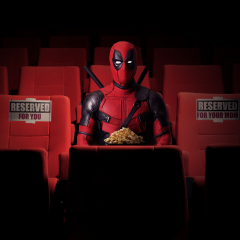 All of these Movies have at least a passing mention of the holiday season, but are not centered around that fact.

So, for the Scrooge’s out there… This is a list where you could argue a Christmasaholic into watching, and I think you should, especially if they make you sit through hallmark holiday movies. After all, it’s only fair and the holidays are about sharing. So I’m sharing this list with you and you can share these movies with your friends and family. 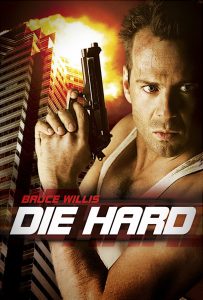 Die Hard
This probably shouldn’t be on the list, as it commonly comes up as the “Greatest Christmas Movie” of all-time, but it fits the criteria of not really being about Christmas. Without it, this list would be completely lacking.

Die Hard 2: Die Harder
Guess what? John McClane probably hates Christmas… If the chaos of the first film didn’t put him off, then the fact that Die Hard 2 takes place on Christmas Eve would probably help cement that fact.

Rocky IV
Off the top of your head can you remember when the fight between Rocky and Drago takes place? That’s right, it happens on Christmas Day. And since this is boxing, all of that red blood from the fight is very festive with the green money that each boxer probably walked away with. That’s how boxing works, both the winner and the loser get paid.

Lethal Weapon
Just like John McCLane, Riggs and Murtaugh have to work through a good portion of the holiday season. Only instead of terrorists, they’re taking down a drug ring. With similar results and explosions. 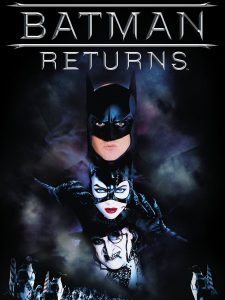 The Godfather
Nothing says “Happy Holidays” like this classic. It’s literally the alpha and omega of gangster films and still transcends to be one of the most significant films of all time. Merry Christmas, here’s your severed horse head.

Batman Returns
Only in Gotham City would an “Ice Princess” be abducted. Well, maybe not only in Gotham, but it’s festive when you add Penguin and Catwoman to the mix. Ok, maybe not festive, but it still takes place during the holiday season.

Iron Man 3
Tony Stark’s PTSD from the Avengers plotline is something more holiday themed than it probably intended to be. Who amongst us doesn’t feel anxiety at the prospect of some random relative bringing up politics or why so and so is still single or the economy or your choice of college major. All are full of anxiety attacks waiting to happen. So just be like Tony.

Deadpool
It’s not a large scene, but then again, Deadpool seems like a film that works for every holiday! Not just the obvious one of Valentine’s Day. And it’s not like you need another reason to watch it. It’s good, but it also has a holiday scene. So let that be your guide in following up some random Hallmark Holiday movie with the Merc with the Mouth. 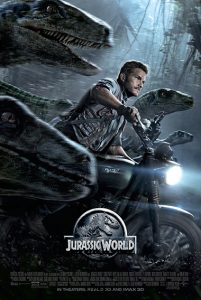 Gremlins
Alright, maybe a Gremlin in a Santa Hat classifies this more as a traditional holiday film than not, but it has to be on the list. Plus, it’s an Eighties film, so it has wonderful practical effects and that counts for a lot with the mogwai in me!

Jurassic World
Yes, before being flown off to the island where no one seems to have learned from Malcolm in that “life finds a way,” Zach and Gray are on a holiday break. Sure, it’s barely a plot point, but it’s set around Christmas. So it counts!

The First Deadly Sin
Frank Sinatra and Faye Dunaway star in this thriller. And being that it is set around the holidays, you can balance all of Sinatra’s holiday classics with watching him as an NYPD detective who is trying to solve a case before his impending retirement.

When Harry Met Sally
The conclusion to the film happens on New Year’s Eve, that means the holiday season happens during this film. So settle in with your significant other and watch a fake orgasm and learn why men and women can’t be friends. 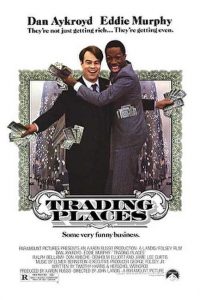 Trading Places
Although it does take place during Christmas and we all get to witness a sad Dan Aykroyd in a Santa suit eating on a bus, it is not a film about Christmas. It’s really about why you should never bet against Eddie Murphy and definitely not for just a single dollar.

Toy Story
Toys and the holiday season kind of go hand in hand, or at least for those of us over the age of 13, they used to go hand in hand. And Pixar’s first blockbuster does include some holiday scenes. Don’t remember them? Time to go to “Infinity and beyond!”

Cast Away
Before Wilson, Chuck (played brilliantly by Tom Hanks) has a Christmas with the relatives interrupted to resolve a problem, which starts him on a path to an uninhabited island. So curl up with your favorite sports ball and enjoy. 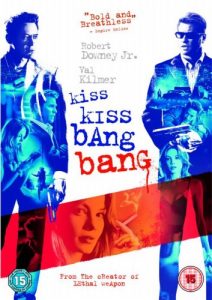 You’ve Got Mail
Besides Cast Away, and the actual holiday movies Tom Hanks has been in, “You’ve Got Mail” is about two unlikely people falling in love. This happens during the holiday season, over AOL email. The nostalgia value of this film alone should get you excited to see it, at least once a year, right? Who doesn’t miss hearing their dial-up modem log on to the world wide web?

Kiss Kiss Bang Bang
Before he was Tony Stark, Robert Downey Jr was firing on all his dark comedic talents along with Val Kilmer in this murder mystery. And yes, there’s some holiday stuff in there to make it qualify for this list.

Better Off Dead
Classic John Cusak. Do you need any more reason to watch it than that? No, I think not.

Edward Scissorhands
I wasn’t sure whether or not to include this, as despite it’s window dressing, this is a holiday movie. It has all the elements and it happens at the right time of year, but seeing as how it is often left off of lists, I’m going to include it. 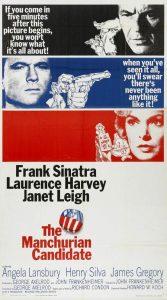 12 Monkeys
Nothing is more festive than this Terry Gilliam directed film starring Bruce Willis and Brad Pitt with Madeleine Stowe. “I have to go now, have a Merry Christmas.”

The Manchurian Candidate
“Twelve days of Christmas! One day of Christmas is loathsome enough!” Thank you Staff Sergeant Shaw, that’s all I needed.

Eyes Wide Shut
Thanks to the brilliance of Stanley Kubrick, Nicole Kidman and Tom Cruise, you can now include some sex and ritual in your holiday movie watching.

Even the greatest of whales is helpless in the middle of a desert.
Whoever wants to reach a distant goal must take small steps.
Fame and fortune are coming your way.
More Fortunes >