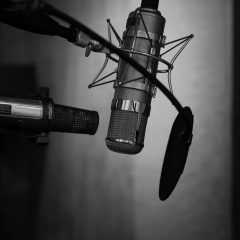 This post has become an annual tradition for me, a collection of the podcast quotes I’ve heard throughout the calendar year. I first started doing this in 2015 and continued in 2016, 2017, and now it is time for this year’s edition.

These are in fact limited in scope to the podcast shows and episodes I have actually heard, and then they are further limited by which quotes of those episodes I actually take the time to make note of and write down. I’m sure if I took the time to relisten, there could be hundreds of these every year, but alas that is not the case.

It doesn’t depend on the power of the quote or the person who is talking, it depends on how I am receiving the podcast. Am I at work and I hear something extraordinary? Am I running and then forget to write it down? Did I stop doing the dishes and make a note? Or did some brilliance go right past me? There is no end to the circumstances that could surround what I managed to make note of or what I completely missed.

In total, there were 27 quotes this year from eight different shows. In context, my regular listening playlist contains 17 podcasts that I listen to when episodes are released, and some of those are more than once a week. The point is, I listened to easily thousands upon thousands of hours of podcasts this year and these are the quotes I took the time to note and transcribe.

As always they range in length from fortune cookie wisdom to a fable. As with previous years, a good portion of these quotes are coming from two shows, more so than the others I listen to. That is obviously because of the nature of those two shows; WTF with Marc Maron and ID10T with Chris Hardwick, that are both conversational and can range from funny (both hosts are comedians) to serious. There are other shows on this list, but the breadth of conversation and diversity of guest give those two shows more opportunity to make this list. Also, WTF releases twice a week, and despite a long break, ID10T is usually more than a weekly show, so they both have a larger library as well.

Anyway, enough with my words, on to other people and their nouns, verbs, adjectives and such put together to explain, exclaim, or emphasize some tidbit or morsel of truth. These are in publish date order. 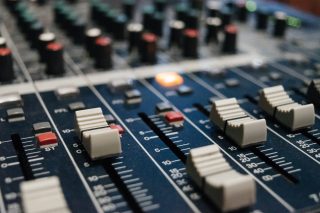 “Most writers would kill for an audience. You know what I mean? Most writing is completely fucking forgotten. So you gotta be really careful about complaining of the fact that large numbers of people are reading what you do or seeing what you do. You gotta always ask yourself, you say ‘ok, that’s a problem,’ but do you want the other problem? Cause life’s a problem. Life is always a problem. You know, and you need to be clear about the problems you want and the problems you don’t want.”
Ta-Nehisi Coates on WTF with Marc Maron 878 – 1/4/2018

“Internal consistency in worldbuilding is tantamount.“
Sara Netzley on DC TV Report for the week ending 1/27/2018

“The talentless scavenge for reasons to attack people with talent.”
Marc Maron on WTF Ep. 888 with Tracy Letts – 2/8/2018

“You never know where your career is gonna go. As long as you’re willing to adapt and do things that are exciting and try things.”
Chris Hardwick on ID10T Ep. 931 with Danai Gurira – 2/13/2018

“…The satirists’ lament these days, you can’t really keep up with the ridiculousness of reality.”
Mick Herron on Spybrary Ep 34 with David Craggs – 02/23/2018

“I always say that there’s only one question in life right, the question was formulated by the greatest of all philosophers Daffy Duck, and the question is ‘hey what’s going on here anyway?'”
David Mamet on WTF with Marc Maron Episode 898 – 03/15/2018

“I only have three minutes, so I thought I’d tell you the secret of life, cause it doesn’t take very long; adapt, adjust, revise. That’s the whole thing.”
Alan Alda on ID10T with Chris Hardwick – 4/06/2018 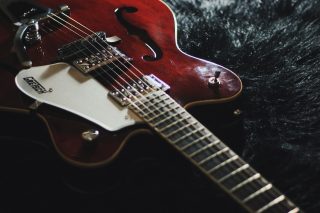 “I always felt like properly exposed anybody would love blues… I mean all those people they heard or have some preconceived idea of blues but when they got hit with it it was like ‘good god where’s this been? I never heard anything like that. I thought blues was supposed to make you sad, I’m feeling like jumping up and down and being happy which blues’ll do.”
Charlie Musselwhite on WTF Podcast with Marc Maron 906 – 4/12/2018

“I think the message of The Breakfast Club is great I, in a way, as an actor I yearn for the 80s when everyone stayed in their lane because I think this idea that everybody is everything has destroyed the movie star… Before you used to know what you were gonna get when you went to go see a, I mean a, Tom Cruise movie, I mean we still know what we’re gonna get, you know, but like you knew like an Arnold movie it was gonna have cutting edge special effects like the cutting edge special effects it was gonna have XYZ and I love that and then we’re gonna get Kindergarten Cop or Twins which also I love that too but as soon as you start mixing up the genre or you take the music store away and everything’s just available and it’s all just a mashed up playlist, all of a sudden it’s like I don’t know what I’m getting and I’m not sure what, nobody’s sure what they’re gonna get out of whoever so it’s in and I think you know there’s indie and there’s giant and there’s only so many giants you can do before you go crazy and have to do an indie to keep yourself sane if you’re you know if you’re an artist… Movie wise so I think in terms of that like you wind up it’s either no box office or a ton of box office and so you wind up losing that kind of credibility or at least people saying I trust and understand what is gonna be presented when this star does a movie and that’s gone now. I mean the only one who’s really doing it is The Rock which is I guess apropos to me being here because the rapid Rampage, but you know he’s like you know maybe the only real movie star that like you know what you’re gonna get when he steps out and that’s I think people like that and they know what that is and therefore he’s the only movie star going right now… But I think that the lack of sections has kind of led to just kind of a mishmash of stuff.”
Joe Manganiello on ID10T with Chris Hardwick Episode 949 – 4/13/2018

“You realize what is important when nothing having, when you say death so close why I am doing this stupidity, why I’m so worried about this things that is so meaningless and doesn’t mean anything to me, you know then friends become very important, family becomes very important you know the essential things are precious and so you start cultivating that again, you just go back to kind of your roots and you know and you become less anxious you know because you realize that there is only one certainty, is death, that’s perfect. Nothing is perfect but death, that comes and everything else is relative, everything.”
Antonio Banderas on ID10T with Chris Hardwick Episode 952 – 4/20/2018 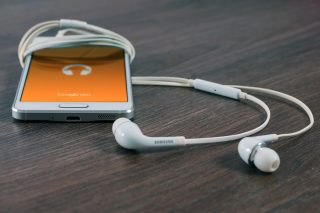 “I’m very nervous about the way that people are measuring art right now. Which is from a political, kind of, social standpoint that I feel like is dangerous because art is supposed to trigger people. It’s supposed to make people think about things, and if it’s good, if it’s well done, then great, I don’t need my TV show to be perfect. ”
Janel Moloney on The West Wing Weekly 5.11 – 8/14/2018

“Don’t be afraid to read, don’t be afraid to make yourself uncomfortable, to learn about something else, because I think it is important…to be informed.”
Jordan Schultz on Pull Up with CJ McCollum NBA Players and Social Media – 10/3/2018

And there you have it. Have you collected any podcast quotes from 2018? Please share with me either what you enjoy from my selected list or what you have from your own collection.

Courtesy is the password to safety.
Your moods signal a period of change.
Nothing in the world can take the place of persistence.
More Fortunes >