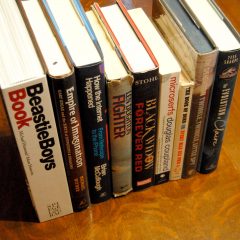 As the year comes to a close we all tend to look back at the year that was. There are recap posts for all manner of things and I considered a good many of them; my most popular posts, my favorite movies, my own self-serving personal accomplishments, remembering those we lost, best television series, top this, best that, it goes on and on. But I’m not doing any of those.

I’ve decided to share with you, again in some cases, one quote from each of the books that I read this year. And while this too can be seen as savagely self-serving self-promotion (because I’ll link to each of the book reviews), that is not its intended function.

Honestly, I believe people need to read more books. If one quote captures you, and you click through to a review you might have missed and it pushes you toward picking up that book either at your local library or at a bookstore or online, then mission accomplished.

We all live busy and hectic lives. In many cases, our time is not our own, but if something is important you make time. I feel that reading is important and I do make time, and you should too. Anyway, enough of this, you probably clicked on this because it was a list of quotes. So here they are, in the order I read them because I couldn’t come up with any other order that made sense.

Yesterday’s Spy by Len Deighton
Everyone’s fear is different. And because bravery is just the knack of suppressing signs of your own fear, bravery is different too. 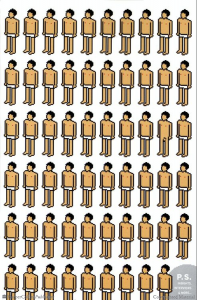 Microserfs by Douglas Coupland
Time time time. It’s such a current subject. It’s like money–if you don’t have it, you think about it too much.

The Scions of Shannara by Terry Brooks
“…Don’t wait for events to catch up with you; go out and meet them head-on!” – Morgan Leah

Hard, Soft and Wet by Melanie McGrath
‘Data doesn’t mean anything on its own. You have to be able to interpret it, relate it to the real world.’

The Book of Bond by Lt-Col William Tanner
These days, the lone researcher in any line of inquiry tends to be at a disadvantage. The big discoveries emerge from co-operation, the big results are arrived at by groups. In our field, competition and rivalry are peculiarly unproductive.

Alice Cooper, Golf Monster by Alice Cooper
The era of having several dominant multiplatinum rock bands operating at one given time–like having the Beatles, the Stones, Led Zeppelin, Alice Cooper, the Moody Blues, the Eagles, the Who, and Jethro Tull all making music at the same time–seems to be over with. Nobody’s ever going to run that race again.

The Druid of Shannara by Terry Brooks
“We use so many words to describe what happens to us, and it all amounts to the same thing. We live out our lives as we are meant to live them–with some choice, with some chance, but mostly as a result of the persons we are.” 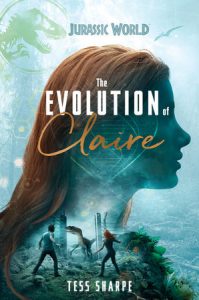 The Evolution of Claire by Tess Sharpe

The Evolution of Claire by Tess Sharpe
The thing about running scared? You can’t run forever.

First Man by James R. Hansen
When pilots really get worried is when they run out of options and run out of time simultaneously.

Jagger by Marc Spitz
“You’re going to wake up one morning and know what side of the bed you’ve been lying on.”

The Elf-Queen of Shannara by Terry Brooks
“We are given our destiny in life by something we can neither understand nor control, and it binds us to our future as surely as any magic.”

Carrying the Fire by Michael Collins
The opportunities for error are almost limitless, and only superlative design permits virtually error-free operation of a machine as complex as an Apollo command module.

Broad Band by Claire Evans
I believed, then, that information, like people, needed support on its journey across the world.

SS-GB by Len Deighton
Or was the truth — like so many truths — not any one of the envisaged possibilities?

Return to Earth by Buzz Aldrin
I am by nature so deliberative that I did not notice when my deliberations turned to procrastination and indecision.

In Love and Anger by Andrew Sinclair
We hardly ever know the effect of what we do. If we did, we might be circumspect.

Shampoo Planet by Douglas Coupland
I feel I am forgetting how I felt when I was younger. I have to remind myself that forgetting something behind you is not quite the same as throwing it away. 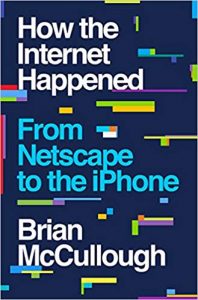 How the Internet Happened by Brian McCullough

Airshipwreck by Len Deighton
In flying, as in the other arts and sciences, theorists have always outnumbered practicians.

How the Internet Happened by Brian McCullough
“The next big thing always starts out dismissed as a ‘toy.’”

The Talismans of Shannara by Terry Brooks
Life delegated responsibility as need required and never in equal shares. The trick was in not being afraid when you learned that this was so.

Empire of Imagination by Michael Witwer
He had the temperament of a creative visionary, one who had been foiled at every turn professionally and artistically.

The Amazing Adventures of Kavalier and Clay by Michael Chabon
One of the sturdiest precepts of the study of human delusion is that every golden age is either past or in the offing.

Deep Undercover by Jack Barsky
When it comes to basic life skills, repetition is the midwife of excellence.

Black Widow: Forever Red by Margaret Stohl
“Some progress isn’t progress at all, sir. Some progress causes as much damage as good.”

Beastie Boys Book by Michael Diamond and Adam Horowitz*
The thing that’s awesome about being a kid is that there’s never a bigger picture.

*Book Review to be posted soon.

Your moods signal a period of change.
You are interested in higher education, whether material or spiritual.
Today it’s okay to make a few choices by going with your instincts.
More Fortunes >