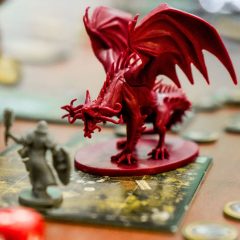 Is it finally safe to come out of the basement? It seems that way. Let me roll a D20 here… A 14… Yeah, that’s affirmative, thieves, clerics, barbarians and their Masters are out of the dungeons and now they’re on TV. Well, not cable, but streaming services and podcasts, which are still on your TV!

Role-playing games have come a long way from the stereotypical cellars filled with carbonated beverages, salted snacks, and enough candy to give anyone instant diabetes.

Now RPGs, are out in the open, which is just another piece of the “Geeks Take Over the World” plan. Sure, it’s not quite 100% mainstream, but now it’s more than just pop culture references in E.T the Extra-Terrestrial, Community, The Simpsons, Buffy the Vampire Slayer, The IT Crowd, and Stranger Things. Now it’s something you can watch or listen to others do, with astounding regularity. And they don’t have to be your friends and it doesn’t have to be in that messy basement.

Some of the shows whether in audio or video form are filled with celebrities and some of them are not, but the fact that the basement D&D trope is something of the past, feels like a victory because it is. Some of these shows have large budgets devoted to pomp and circumstance while others are more to story, or comedy, or pure entertainment… We are a long long way from the three short seasons of Dungeons & Dragons the Marvel Productions cartoon that aired on CBS in the early Eighties.

And while it’s not exactly everywhere, it probably will be soon, so let’s take a look at the leaders that have started the race and rung the bell. So grab your pencils, your paper, and your favorite die, it’s time for a list! 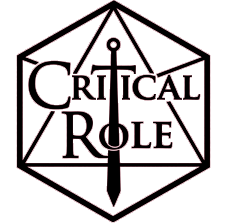 Strength: Critical Role
The Strength of Critical Role is off the charts. This could be because it is the longest running and most successful of all the shows that exist. It’s also one of the more straightforward. The show created and hosted by Dungeon Master Matthew Mercer includes a crew of professional voice actors (Mercer included) who embark upon quests.

The gaming group and subsequently the show has gone from D&D to Pathfinder back to D&D, but in the end, it’s just good fun no matter the platform.

Dexterity: Relics and Rarities
This show does so much good, that even in just two episodes, you can see that it will be beloved. Created and hosted by Deborah Ann Woll, or Karen Page as she is known in the Marvel Netflix Universe, Relics and Rarities takes place in a mysterious shop where players start by selecting an item before moving to the table for the main event; storytelling, puzzle solving, and dice rolling. 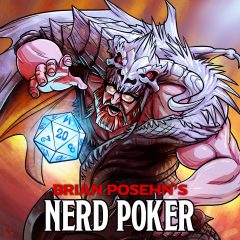 Constitution: Nerd Poker
Ok, Ok, it’s not a show you can watch, but it’s hard to make a list of RPG shows without including Brian Posehn’s insanely popular podcast. And as for constitution, it’s got Brian [redacted] Posehn!

Intelligence: CelebriD&D
This show is using its intelligence by not just going after any celebrities, but getting the likes of Vin Diesel and Joe Manganiello to start out this short but promising series. Also with the talents of Matthew Mercer as DM…

The premise here is that many celebrities grew up playing RPGs and many are still fans, as we’ve already seen with previous shows on the list. So, grab those who are interested in playing for small one-off campaigns that can fit into their busy schedules and the result is CelebriD&D. 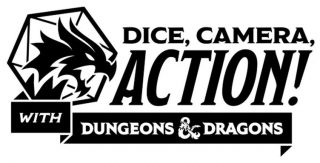 Wisdom: Dice, Camera, Action
Dice, Camera, Action, also known as DCA comes from the home of Dungeons & Dragons itself Wizards of the Coast. It includes members of the D&D team, as well as YouTube and Twitch community members to run storylines and campaigns headed by Dungeon Master Chris Perkins.

Perkins is a Wizards of the Coast veteran and principal story designer for Dungeons & Dragons, which means, by and large, this is the definitive D&D show, or at least the one that most closely resembles the rules in the rulebook.

Charisma: HarmonQuest
Ok, sure, it is one thing to attempt bringing the funny, but to succeed is another thing, and HarmonQuest does. Not only because of the titular Dan Harmon, but because of the cast of characters and quality of guests.

But bringing the funny isn’t the only reason HarmonQuest stands out, the presentation is outstanding. The show is part live-action of the cast playing and part animation, with the viewer being able to actually see the characters and what they are encountering.

Choose Wisely
If you enjoy this stuff, you probably have your own choice favorites, but if you’re on the fringe or just haven’t picked up a die in years or decades, these shows will not just entertain you, they will give you the itch. And there’s nothing wrong with choosing more than one of these. 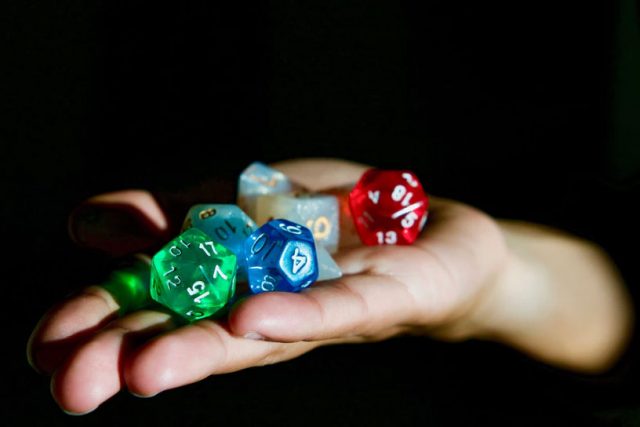 Even the greatest of whales is helpless in the middle of a desert.
Nothing in the world can take the place of persistence.
Sharing little joys offer great hope to others.
More Fortunes >