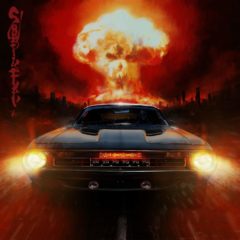 Sonically and visually Sturgill Simpson presents Sound & Fury, A Netflix Original Anime Film, connects on so many levels to so many things, it has already become an instant classic for me in every way!

With roots that appear in not just in anime, but in MTV’s Liquid Television and 1981’s Heavy Metal, the varying art styles within each vignette, and therefore the full spectacle overall, is visually breathtaking.

But what is most incredible about this film and also most reminiscent of Heavy Metal is that based on the credits each vignette was done by a different company, in a way that Heavy Metal’s separate chapters were also done by separate companies, and yet with both films, it doesn’t feel separate.

Sure in Heavy Metal they are all basically animated, whereas Sound & Fury jumps around from medium to medium, but even in a single vignette Sound & Fury uses so much mixed media, you become accustomed to it, so that it all naturally fits, and it really does, which is quite an accomplishment. 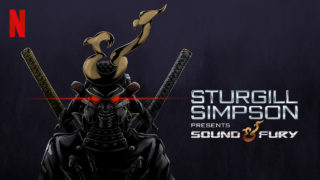 Before I really dig into the visuals, it is based on Sturgill Simpson’s album of the same name “Sound & Fury.” Simpson is described as an American country musician, but this newest album is much more of a driving blues-rock with a modern infusion than it is Country. Sure, there are hints of his country roots, but those can also be written off as classic blues riffs, which is where country and rock share their origins.

I didn’t know Simpson’s music before this, and while I’m not typically a country music fan, this particular album is one I would have enjoyed without the accompanying anime, had it come across my radar. The fact that it has a full-length anime to go with it, with visual correlations to my favorites and classics like those previously mentioned, is just icing on the cake.

For fans of Sturgill Simpson, this isn’t your father’s country album!

As for the anime, it all starts out on the road to Hope, “Official Sanctuary City (Like No Other Place In The World), in a highly explosive world, the music then takes you high into the mountains with a violent turn in contrast to the watercolor backgrounds. And by the time we’re back in the car we have some more of the backstory. 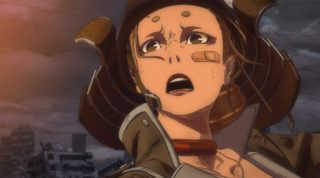 Next up is a full-on one-against-the-world battle complete with a dance scene that also gives you a “story so far” recap in case you require it. And while the dance may be odd to some, I find that all of the people in the dance works in stark contradiction to the solo nature of the pieces that remain; the collector, the flashback of loss and sacrifice, the salvation from slavery with #59, and the last man, before the last act of “Mercury in Retrograde.”.

Cue the credits! But wait, because we get an after-credits scene with the remainder of the battle we didn’t see earlier.

And then there’s the lyrics which, when you watch this with the captions on, allows for a vastly different experience. One which completely changes the narrative to a more lyrically complete sonic experience.

Remember to Breathe
Well, just lay back now, let it happen
And remember to breathe

Best Clockmaker on Mars
Go to bed and wake up when you tell me to
Turn off all the TVs, there ain’t nothin’ new

Last Man Standing
Gotta sell out just to buy in, shit the bed you’re gonna die in
And a destiny is ours to lose
You’re either part of the solution or a part of the problem
Find ’em young and unknown, climb on their shoulders and rob ’em 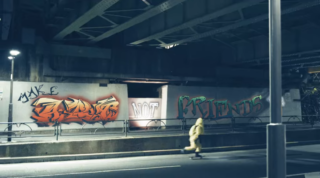 And of course, the last title card is a statement as well, being a dedication to “Dedicated to the lost souls and the victims of senseless violence around the world.”

It works easily as an album, but the anime works so well visually that together it makes for a modern piece of classic mixed mediums. If this is the future of music television, I’m excited to see what comes next.

For now, Sturgill Simpson is the “fastest horse in town” because he is no longer “trying to be the first as something” he has succeeded in becoming the leader.

Today it’s okay to make a few choices by going with your instincts.
Even a broken clock is right two times a day.
Let’s finish this up now, someone is waiting for you on that.
More Fortunes >