Six Transcendent Quotes from my Podcast Queue in 2019 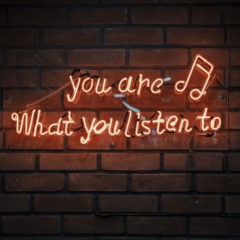 Since 2015 I have been sharing with you some of the collected quotes I’ve heard from my podcast queue throughout the year.

This year is no different, except that it is. There are far fewer quotes that I have collected this year, and that could be because of where my head has been. 2019 was not a year for my status quo, it was a year that was in constant flux.

As such, the quotes that stuck out enough to hit me, seemed to have come with much less frequency. While I have added a few more shows to my regular queue, it’s the diversity behind who said what that’s diverse, more so than the diversity in shows where I heard them.

So, without further ado, here are the quotes from podcasts that are worth noting, from a record producer, two actors, a poker player, comedian, and writer.

“Where are we going with this technology… With every technological advance we have to stop and take a minute to determine whether this is gonna be something that makes us more human or less human.”

As AI and smart devices become much more normal, this seems to be a Jurassic Park sentiment from Dr. Malcolm “your scientists were so preoccupied with whether or not they could, they didn’t stop to think if they should.” And it’s good to know people are still considering this line of thought.

“It’s so important to humbly own a room, to know that you deserve to be there but not entitled to be there.”

It’s not just 2019, the last few years have been full of braggadocious blowhards in every walk of life. A little humility can go a long way, and to be humble, that’s being a bit of a dying art, so let’s hope that it has a resurgence like vinyl records. I don’t expect it to be widely accepted, but to see it more than occasionally would be superb. 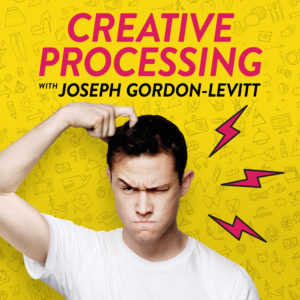 “People think of science as this, like, body of knowledge of facts about the universe and reality that you just sort of either know or you don’t. And that’s a shame because that’s unfortunately how it’s mostly taught in schools. But what science truly is is this sort of process of truth seeking, of sort of curiosity and humility and of asking a question about the world that we’re in.”

I like the idea that there are people in the world who understand that they don’t know everything and utilize science as a vessel to seek out knowledge and fill in the gaps in their own understanding. It’s one of the reasons why I alternate from non-fiction to fiction, every time I switch up after finishing a book. While I’m currently not sure what I want to seek out, I’m sure it’s out there and the more I consume, the better chance I’ll find it, even if I don’t know what it is.

“Most of what other people are thinking is something you’re making up.”

This may have been the punchline or setup to a joke, but it’s more relevant now than ever before. The rise of social media has created as many problems as it has solutions. It’s also generally done a poor job of bringing us together, and instead we do worry about what other people think. But since we can’t know, our imaginations do play with us. In this regard Marc’s right and you should listen to the Beatles and just “Let it Be’.

This I like. I have, in the past more so than now, been surrounded with people personally or professionally who are always looking for the easy way out. What’s the least I can do? How can I avoid this? Look, while there are ways to make things easier “right now” that doesn’t mean it isn’t more work down the road. And in my experience, most of the people who are looking to make it easier right now, have no concept of what long-term consequences it will create. Do it right, do it the way it should be, and don’t complicate your future life.

“I feel like there’s this thing in our culture where if you’re not doing it for a living, well then you must not really be doing it very well or very seriously or it must not be that important to you cause if it were really important to you then you’d get out there and you’d do what you had to do to like actually get a job doing it, but I don’t think that that’s true.” 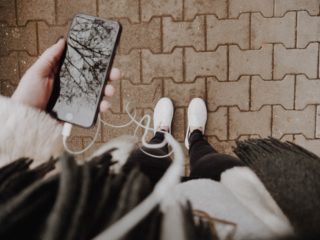 This one I agree with because I said something very similar on my own podcast. And while my sentiment was a bit different, I agree that there is something in our culture that doesn’t take seriously a hobby. But, and I’m thankful for this, I’ve been running into more people networking who agree with Joseph Gordon-Levitt and myself, so that’s a plus.

In conclusion, it doesn’t matter what you’re listening to as far as podcasts are. There are nuggets of wisdom in every show, maybe not on every episode, but they do exist. You just have to be there to hear them.

So, what were your favorite podcast quotes from 2019?

Nothing in the world can take the place of persistence.
Courtesy is the password to safety.
Whoever wants to reach a distant goal must take small steps.
More Fortunes >