Formula 1: Drive to Survive on Netflix is all the reasons Sports Fans love Sport 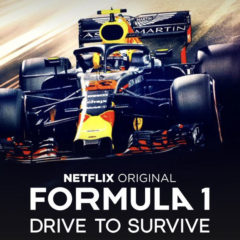 When people say, “I just don’t get into sport” it really doesn’t matter what sport you’re trying to get them into or to watch or experience. Often, there’s little you can do to get them to give it a chance. You may inevitably counter them with the point that sport, in almost any and every form is more than just the sum of its parts, and that’s the main reason that people enjoy watching it.

Most of the time, it’s the things that happen off the field, off the track, off the court, that build and bleed onto those places to enrich the drama of the athletic contest. Netflix’s Formula 1: Drive to Survive is a great example of this.

There are two seasons of the show, recapping a previous year’s F1 racing season, filled with unprecedented access and behind the scenes interviews, that aren’t just based on the races, there’s more going on here.

And it comes out just as the next season of the sport, and the show (I’m guessing) is going to happen. The second season of episodes dropped at the end of February, just two weeks before the F1 racing season that follows the season shown on Netflix starts its engines in Melbourne.

And while Formula 1: Drive to Survive is compelling, because of the drama and storylines both on and off the track, I know that there are some things in the show unique to F1 or auto racing, or racing in general, but those aside most of the issues can be related to any professional sport. 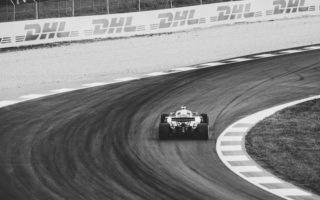 The point is, since they’ve made it to the top, they have to maintain excellence to stay there. In F1 there is a looming threat that you can very easily be replaced. Your slot is being pursued by a system that includes equally ambitious drivers from F2 and other, slightly lesser, yet still profitable, racing forms. I guess the same could be said for Indycar (the American version of F1, though much less popular), and NASCAR which is only comparable because it’s racing.

Where else is the drama coming from? First, it’s an exclusive club; everyone who made it to the top has won a lot. Second, an obsessive drive to win is great but there are teams involved, so workplace interactions can get dicey. Most teams have a primary driver, though not officially, so there are some politics involved. Who’s gunning for who’s spot – on the same crew! Plus there are all sorts of staff and engineers and designers and team principles, sponsors, and leaders. All pulling in different directions. 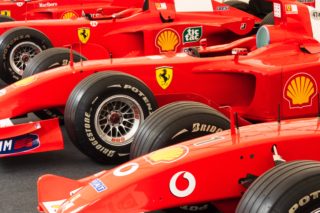 And everyone wants to win. Badly. That’s fairly “sports” related regardless of sport. What makes F1 different is that you can’t place or show and stay in the money. There is no home stadium that you get the ticket and concession sales from half of the season.

As a point of order, I have been a fan of F1 since the early ’90s, despite living in the States which made it very hard to follow. I’m a broad interest sports fan. I’ll watch almost anything. I say this only to point out, I’m not coming to F1 from just anywhere. I’m not a noob. That doesn’t mean you need that knowledge though. Sure it’ll take you a little bit to understand the rules, which, even if you watch all of the series, you may not get all of, but it’s not made for the superfan or even the fan. It’s made for everyone.

Plus, the dynamics of how they deal with every episode being based around one race in the season, and by doing it sequentially, to build the season, yet only focusing on one main storyline, and then touching on and building on anything that was previously a storyline as the season builds, turns the F1 season into basically any made for tv drama. 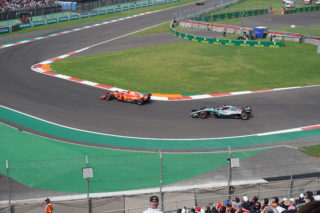 I suggest you watch it. I suggest it even more if you’re not into sport. Additionally, the cinematography is off the charts brilliant.

This is worth your time. I’m not saying you’ll tune into the current season of F1 to start watching qualifying and the races, but you might be interested to find out what happens next season?

And for those, hardcore or even casual, fans of F1, this series is a great cliff notes recap of what happened last season, so brush up… It’s time to qualify and get ready for another season as the lights turn green and everyone races for the checkered flag.

Let’s finish this up now, someone is waiting for you on that.
Courtesy is the password to safety.
Sharing little joys offer great hope to others.
More Fortunes >