Hamilton is What We Need, Perhaps when we Need it the Most 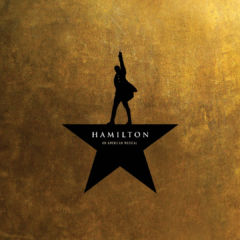 First it was a play, then it became a theatrical movement and must-see, now it’s been released to the comfort of our own homes, Hamilton has arrived on Disney+, and it’s all that it could be.

Except that it’s more because it’s not just a musical. It’s written in a way that many, if not most, of the subtext can be an allegory for ourselves, modern America, and the issues that have plagued the United States of America since its inception.

Are you ready for my thoughts? Wait for it. There’s something I must say before I begin.

This film had a few strikes against it before I even started to watch. First, it’s a musical, and my time in amatuer theatre didn’t enamour me with the format. Second, it’s a play, it’s for the stage in a theatre and now it’s being moved to film, and while I may be removed from my theatre days, I understand the differences and why the stage is the stage and the screen is the screen.

My last issue or trepidation, if you will, was the amount of hype this play had. It was a must-see on broadway, it was a must see when it went on tour, and it was also next to impossible to see, save for the very vigilant as it sold out almost as quickly as tickets became available wherever it went, and it was touted as a must see when it arrived as a film on Disney+.

Ok, enough of the setup, What did I think of Hamilton? 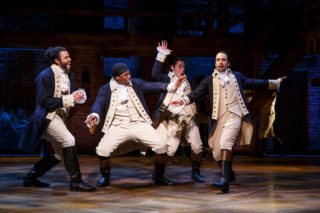 I enjoyed it. It’ll be a classic of stage and screen, and I have nothing but praise for Director Thomas Kail for emulating the focus of a theater going patron. It’s not easy to translate the stage to the screen, but my first takeaway was that Director Kail did the best he could, and that was better than I expected it could ever be.

But that’s not what you want. You want to know what I thought of the content, don’t you? Before viewing this, I had heard of Lin-Manuel Miranda because of The West Wing Weekly podcast where he was on and the Hamilton West Wing references were discussed, and I picked up on a lot of them. In fact, I like to believe in a world where I hadn’t heard that episode I would have picked up on them anyway.

Although my West Wing fandom did distract from the film at a point as we all know, or should know, the history that Burr shot Hamilton, and once we got far enough into the story I kept hearing Bradley Whitford as Josh Lyman in my head saying, “You say what you want, Hoynes is a pragmatist. To do this, he’d be the craziest Vice President since Aaron Burr – and Burr shot a guy!” Whitford with Lyman’s delivery of “and Burr shot a guy!” is classic Lyman, West Wing fans know what I mean. 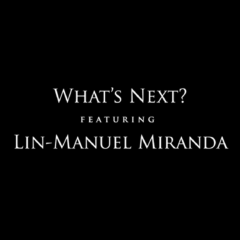 But enough about looking for “a mind at work,” The West Wing references are well documented, so let’s move on to What’s Next.

As I said earlier, Hamilton is more than just a musical, it’s dripping with subtext.

It is personal, national, racial, sexual, and supremely relevant. It is the story of Alexander Hamilton, but based off of a biography, that, as a reader of biographies, Hamilton’s story is not that dissimilar to other successful people.

They make decisions, they do what is required, and they don’t settle, but the story that parallels Hamilton’s own, that of our once fledgling country, full of it’s issues then that still boil over now, is where the relevance becomes more than just personal.

Lin-Manuel Miranda wasn’t messing around when he went for all the marbles, he had a story to tell and messages he wanted to convey rather than just someone who wasn’t going to give away his shot. 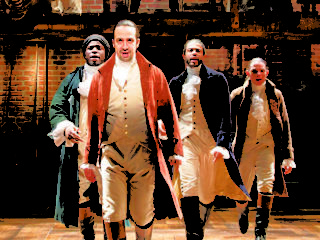 When Hamilton premiered in 2015 the world wasn’t exactly running smoothly. And in every year since then to the debut of the film of the play, the world has only gotten more out of whack. So because the world is upside down again, as it has been before, history does repeat itself, so now may be the best possible time to bring Lin-Manuel Miranda’s musical allegory to the broadest possible audience.

Now more than ever it is a time to learn from the past. And if that takes the form of a musical then so be it. There are messages that need to be conveyed and Lin has a way with words. History and legacy aren’t just words to be given, they are to be earned and they have meaning and repercussions.

Read the Secret File of technical information and quotes from Hamilton.

Even a broken clock is right two times a day.
To let another into your heart, first let yourself in.
Fame and fortune are coming your way.
More Fortunes >