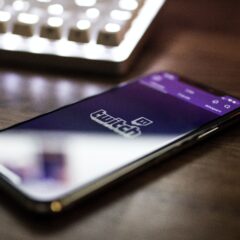 How did I get into Twitch? Well, it really started with a card game.

I’ve been playing Magic, on and off, for over two decades. When my partner moved in, she brought her love of games with her. To share that joy, I decided that I would teach her how to play Magic: The Gathering.

I’m admittedly not the greatest teacher when it comes to competitive games, so when it was initially just us playing with my old decks, it was tough to get started. Then, I bought her a Game Night box set, just for her, because it came with a pre-built deck of each color that she could call her own. 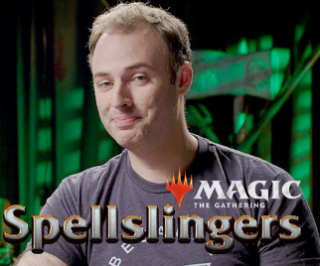 My second attempt to get her playing the game I love came with a little more success. But not quite enough to get her to become a Magic player. As we were exploring the streaming service VRV, we stumbled onto Spellsingers, a show where host Day9, otherwise known as Sean Plott, plays Magic with some friends who may or may not know how to play the game.

That show helped immensely to get my partner to see the fun and – more importantly – the mechanics of the game. Spellslingers was set up as infotainment, and it worked. We started to play more Magic after that.

From there, we ended up watching some of Day9’s Twitch VODs (video on demand) on YouTube. After that, it didn’t take long for us to start watching his Twitch. Since it came at about the same time as the Magic: The Gathering Arena open Beta, we both started to play the digital version of my beloved card game as well.

It’s safe to say that the heart of the cards beats pretty strongly in both of us now.

But watching just one person on Twitch doesn’t make one a Twitch viewer, just as listening to one podcast doesn’t make you a podcast person. There are, after all, whole communities out there that are more than just the singular entity.

That’s where Magic and Day9 tipped the scales. 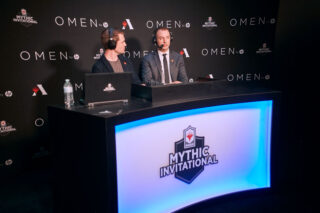 I was watching Day9 when he mentioned he would be hosting the upcoming Mythic Invitational that would be played on Magic Arena, and streamed on Magic’s own Twitch channel from PAX East 2019. We both watched the coverage, taking note of new Magic personalities and commentators like Day9.

We started to follow competitive Magic on Twitch, and when there weren’t tournaments we watched Amazonian, or AliasV, or NumotTheNummy. It was during that first invitational that we saw some filler content called “Friday Nights” that was a scripted short created for Magic by Loading Ready Run.

We quickly lost ourselves in the Friday Nights series on YouTube, and then we wanted more Loading Ready Run, so we binged their shorts, and their crapshots, Commodore Hustle, and a metric ton of all of their other content. It soon became apparent that we should maybe check out their Twitch channel.

The list of our followed channels grew more numerous and included Jeff Hoogland and Noxious; Magic pros like ReidRabbit, HueyWJ, Shahar Shenhar, and Andrea Mengucci; and Loading Ready Run personalities such as JamesLRR, Seabats, Serge, and Bengineering. We’re not done adding to our lists yet.

Parallel to our growing appreciation of Twitch, I’ve seen friends develop their own streaming presences. Vengeful Jedi, whom I have podcasted with started his own channel, OldManAaron from our local game store restarted his channel, and more recently one of my best friends TriforceDad1984 started his own as well, and I’m even a moderator in the chat for him. 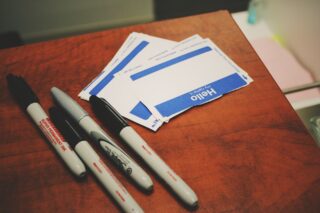 For many of these channels, I follow but I am not subscribed. And for a lot of them I lurk but I’m not really active in the chat. In this regard, Twitch is no different than other internet things like podcasts or blogs, where they can be consumed but not interacted with. However, the large ones have built a community. Most mentioned here have even reached Twitch’s “affiliate” status meaning they can make some money doing this.

Since each of these channels has its own community, I find Twitch to be one of the lesser toxic places on the internet. That could simply be because of the channels I follow and the chats I’m exposed to.

But it’s not just Magic. Many of these streamers play more than just one game on stream, so I’ve come to follow them because I enjoy their personalities. It’s true in podcasting and blogging, too. People may arrive for the content, but they stay for the personality.

And what’s more, while I may not follow them, Twitch’s recommended channels are based on a really good algorithm. So what does all of this mean? 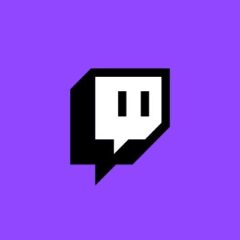 It means that when I turn on my television to consume entertainment, I’m just as likely to open the Twitch app to see who is streaming what as I am the Sling app and see what is on TV.

That’s a significant change in behavior, and I haven’t even been invested in Twitch for a year yet. So, in the interest of wanting to know how I got here, while I can still remember how I got here, I wanted to document it for myself and share it with you.

When or how something starts is perhaps the easier of all the questions, right? It’s like the friendship series on The Palmer Files podcast. How did we meet? That’s easy to answer. Why are we friends? Still answerable. How did we become friends? That’s blurry. And while this may not have covered all of how I came to view Twitch as equal to TV, it’s as close as I can document it, while still having allowed it time to happen.

Your moods signal a period of change.
You are interested in higher education, whether material or spiritual.
Good clothes open many doors. Go Shopping.
More Fortunes >