Camp Cretaceous: For Kids and Fans of the Jurassic Canon

What if there was a small exclusive summer camp in Jurassic World during the events of the first film?

You don’t have to imagine, because that’s what Camp Cretaceous is. It’s timeline is concurrent with the canon of the current trilogy that will end with JW Dominion, and while it’s animated, it’s not just for kids. Fans of the canon, all throughout from the first film through the current franchise will notice plenty of nods to the main series.

This spinoff is enjoyable for children of all ages. 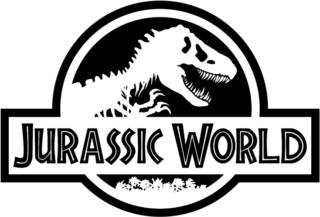 Six teens got the exclusive invite to experience Camp Cretaceous first, a camp on Isla Nublar, and another in the canon’s long line of “spared no expense” scenarios once you see the bunkhouses and facilities. But this is Isla Nublar, where concurrently to camp starting, so is the first Jurassic World film.

You can put together where this goes, and while it’s a slight spoiler to tell you the timeline, it’s something that I feel everyone should know, because it adds to the series. It’s eight 24 minute episodes and while it does have that Saturday morning cartoon feeling, it doesn’t disappoint.

If ThunderCats, Transformers, and G.I. Joe taught us anything, it’s that we can enjoy the show and ignore the education. But this series is really good, and while it can’t go on indefinitely because we know what happens to the Island in Jurassic World: Fallen Kingdom, it doesn’t mean the exploits of the teens has to stop with just this first season.

“We thought it’d be fun. We thought we’d be safe. We didn’t realize the horror waiting for us on the island. Claws. Teeth. Screaming… so much screaming.”

“Discover what happened on the other side of the island.”

Those two quotes were from the trailer, but I didn’t know that until after I watched the series because I am a huge fan of the Jurassic canon in any form. As such, I can and will recommend this to everyone who enjoys the franchise.

Today it’s okay to make a few choices by going with your instincts.
A difference, to be a difference, must make a difference.
Even a broken clock is right two times a day.
More Fortunes >