The Kids finally get their due respect in The Kids in the Hall: Comedy Punks 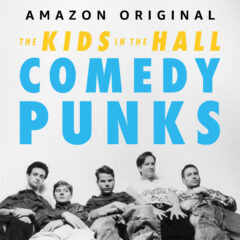 They’re back with a new season or series (depending on who you ask) on Amazon Prime. Along with their long-overdue revival comes The Kids in the Hall: Comedy Punks, a two-part documentary about their decades-long journey from origins to success, failure, and everything else in between.

I have yet to watch the new material, and I will, but a few months ago, I started rewatching the old stuff. That was in part to introduce my partner to Kids in the Hall. She is slightly younger than me, but because of that slight four-year age difference and because she didn’t spend time in a dorm in the early aughts while the Kids were a Comedy Central staple, it’s not just a comedy show she missed – it’s a cultural divide.

I’ve been rewatching the old stuff ever since, so this documentary piqued my interest because I had largely lost track of the Kids.

This documentary is not just authentic. It’s comedic and historical. It has a great mix of back-in-the-day behind-the-scenes content, current interviews, and compatriots and people who were influenced by or were fans of the show. 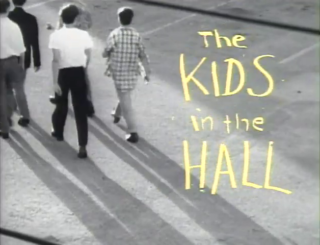 I know books have been written on them, but the fact that a true documentary hasn’t happened until now seems like an oversight that I’m glad is finally corrected. The featured non-Kids are a veritable who’s who of comedy from the past 40 years, and they’re all thoughtful in their respect and admiration.

Journalist Michael Musto in particular sums up a division between the Kids and SNL that I never really thought of before when he says, “Saturday Night Live always covers what’s ripped from the headlines. Kids in the Hall were never about that. They weren’t so much riffing on pop culture. The Kids examined everyday Americana.“ And he’s 100% correct.

Another thing I never thought about before was the fact that “Kids in the Hall were kind of the only comedy group that reflected Gen-X.” That’s something that Fred Armisen says that I immediately agreed with the moment he said it.

The point is, the Kids have finally had their story told in the medium that made them most famous, and it’s about damn time. If you’re a longtime fan, the nostalgia will thrill you. If not, their story is one that is interesting enough to warrant your time. Perhaps, if you’re a fan, we can all swim in the nostalgia and the new stuff together.

Read the Secret File of technical information and quotes from The Kids in the Hall: Comedy Punks.

Whoever wants to reach a distant goal must take small steps.
Even a broken clock is right two times a day.
The path of life shall lead upwards for you.
More Fortunes >