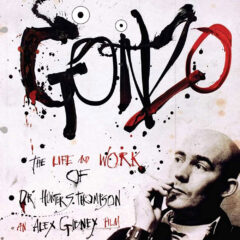 It feels like a fair and balanced account of the life and times of Hunter S. Thompson. The most striking thing for me was hearing Hunter in his own words and having them compared with Johnny Depp’s reading of certain passages from some of his works. 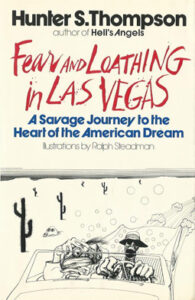 Personally, I read Fear and Loathing in Las Vegas too young, but Fear and Loathing: On the Campaign Trail ‘72 has been on my to-read list for a long time, as is rereading Las Vegas. The filmmakers start with the book that book Thompson on the map, Hell’s Angels: The Strange and Terrible Saga of the Outlaw Motorcycle Gangs. And now that book has made it to my list as well.

Honestly, I come at this as someone who almost became a journalist. I also follow the idea of journalism as much as some follow the news that journalists report. I am also a fan of George Plimpton’s work, who one could argue pioneered participatory journalism. Even with George Plimpton as a pioneer, Hunter is an enigma to be sure. These aren’t just journalists that had experiences and lived to tell the tale. They had the ability to hold a narrative and convey a feeling with their words. In my mind, as far as participatory journalism is concerned, Plimpton and Thompson are 1 and 1a.

But this documentary shed some light behind the scenes of Hunter S. Thompson. Prolific writer Tom Wolfe said, “Hunter reminds me so much of Mark Twain. He was a reporter–Twain started out as a reporter–with a wild imagination and he’s not trying to fool you. You know immediately that he is filtering reality through what Hunter called ‘Gonzo.’”

That feels like an apt conclusion to draw, but for me, the most mind blowing thing I learned from this documentary comes from a Thompson biographer Douglas Brinkley. In the doc, he says that, “The Great Gatsby” is how Hunter learned to write. He would type “The Great Gatsby” over and over again just to learn the music of Fitzgerald. “The Great Gatsby” was filled with anger that the whole deal in American life was rigged. Hunter identified with Fitzgerald I’d say more than any other writer. The difference is Fitzgerald would look in on the candy store window, look in on the storefronts of the rich. Hunter wanted to smash the windows. 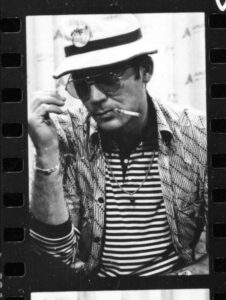 This is profoundly interesting and perhaps something that is only relevant in the age of typewriters, where the “music of Fitzgerald” would literally ring better than on today’s standard keyboards.

Speaking of music, I would be remiss if I didn’t mention that this might be one of the best soundtracked documentaries I’ve ever experienced that isn’t already a music documentary by itself. Honoring Hunter and soundtracking the documentary are James Booker, Bob Dylan, Jefferson Airplane, The Yardbirds, Big Brother and the Holding Company, The Rolling Stones, John Fogerty, James Brown, Howlin’ Wolf, and Jimmy Buffett.

So what is it about Thompson that makes him, well, him? The documentary doesn’t hold up a spotlight or magnifying glass to the man. It does shed more light on it than you probably would get from reading his words, but that’s really where it all is. This documentary is great, but it owes a lot to the written words of Hunter S. Thompson, which is exactly where you should turn if you are interested in this documentary or even after you watch it.

Remember, though, there’s a lot more published works than just Fear and Loathing in Las Vegas for you to choose from.

Read the Secret File of technical information and quotes from Gonzo.

To let another into your heart, first let yourself in.
Look forward to great fortune and a new lease on life!
Whoever wants to reach a distant goal must take small steps.
More Fortunes >