Book Review: The Groucho Letters, A Must Read 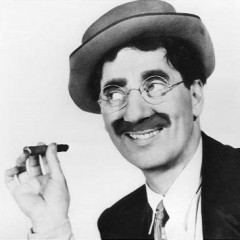 From vaudeville to the big screen to the small screen and on radio, there was arguably no bigger star in the early to mid 1900’s than Groucho Marx. As the host of You Bet Your Life both on radio and TV, and as memorable characters Captain Jeffrey T. Spaulding, Rufus T. Firefly, Doctor Hugo Z. Hackenbush and many others, Groucho was beloved by many. In his day, writing letters was a normal part of communication and his book, The Groucho Letters, containing letters, to and from him as correspondence, with other famous individuals is a must read.

The letters are as much about society, Hollywood, politics and the times as they are about his relationships with those he wrote to, if not more so about the times. Interjected with his humour, you get to know the man, and this just proves how comedic he really was. 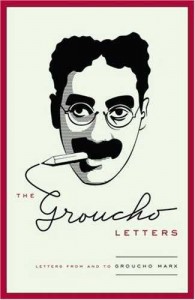 On January 17th, 1962, he was well ahead of his time when he wrote the following to Earl Wilson, “The last days of the newspapers seem to be rushing towards us with frightening speed.” Well, maybe he wasn’t exactly ahead of his time, this may be more prophetic, because the sentiment is something that could be stated today without argument.

In a letter to Arthur Sheekman, he wrote; “What are you up to? News about you is as scarce as hen’s teeth. Normally, I don’t use this phrase, but we happen to have a hen in our backyard and she has only one tooth. I’m sure you’re familiar with the rest-‘The whole tooth, and nothing but the tooth.'” This harkens back to a day when colloquialism was fairly mainstream. (For the record, although I could be very wrong, I don’t consider LOL, OMG or anything else to be colloquialisms.)

Interestingly, he wrote a letter to Jerry Lewis on April 5th, 1954, saying that he and Dean Martin should sit down and talk it out alone, and “when I say alone, I mean no agents, no family, no one but you two-sit down alone, and talk it out.” The sentiment of this letter should be passed on to all performing acts of more than one person. So much today is fought in the press, which may be fun for the public, but is in no way fun for the performers.

Groucho isn’t just writing to unknowns in this book, in a letter to Norman Krasna, he writes of his concern for Harry Ruby who has taken to writing his letters in verse, such as

“It isn’t for the dead I grieve,
It’s for the living whom the dead bereave.”

This is pretty funny and it was written by the man who wrote, “Hooray for Captain Spaulding” so show some respect. 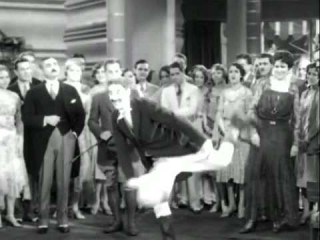 He quotes from Molnar in a letter, “always live at the best hotel in town-but in the cheapest room. This is much better than the best room in a cheap hotel, for it gives you prestige and distinction.”

Included in the book was a a column Groucho wrote for variety that ends with, “Look, I’ve seen some of the next generation—perhaps it’s just as well if the whole thing ends right here.” Let’s just say I don’t disagree.

Contained within another letter to Krasna he states frankly, “I don’t quite know why I remained honest for I spring from a long line of thieves. I guess I was just lucky.” Such as statement should be in fortune cookies everywhere!

To Goodman Ace, he writes of a lunch he had with then former president Harry Truman who said, “‘Groucho, every word I said was the God’s honest truth.’ This, of course, was a lie, but since I was getting a free lunch I was disinclined to argue with him.” And I completely agree, a free meal is a free meal.

At the end of a letter to Edward R. Murrow he writes “Regards, affection, admiration and, if you want to toss in a few superlatives of your own, I have no objection.” This is classic Groucho in written form. 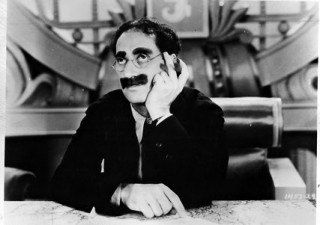 Groucho Marx , his mustache and a cigar

On government, and he does write quite a bit about it, he tells Goodman Ace in July 19, 1960, “I’m goggle-eyed from watching the convention. Until TV, nobody knew the caliber of clowns governing the country.” This has simply gone from true to more true as the media has grown.

And to James Reston of the New York Times, “…since I read you religiously (that means I wear a hat when perusing your column)…” Again, just classic from the mind that gave us Duck Soup, The Cocoanuts, Animal Crackers, and countless laughs on You Bet Your Life.

Read the Secret File of technical information and quotes from The Groucho Letters by Groucho Marx.

Your moods signal a period of change.
Good clothes open many doors. Go Shopping.
Even the greatest of whales is helpless in the middle of a desert.
More Fortunes >