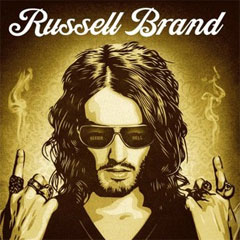 I didn’t read Russell Brand’s first autobiography “My Booky Wook: A Memoir of Sex, Drugs, and Stand-Up” in fact, I only picked up “Booky Wook 2: This Time It’s Personal” because it was on clearance at Barnes & Nobles (how much longer is that store going to be around any way), I enjoy his comedy, and I had watched one of his comedy specials earlier in the week.

Those three factors led me to a very good book. As I said I can’t compare it to his first book, but then again, I don’t need to. If you’ve every seen his stand-up, either on the screen or on the stage, you know that Mr. Brand can wield a story, weaving plots and punchlines like a master. When telling stories of himself as one ought to do in an autobiography, his insights into not only what he was thinking, but in retrospect are wonderful.

I don’t know when I first heard of Russell, but I really enjoyed his first MTV VMA Awards hosting gig. I’ve seen a few of his movies, Sarah Marshall, Get Him to the Greek, Arthur, and hearing behind the scenes stories is great, the man can write, even his solo act of playing football (meaning soccer), in his hotel room in Hawaii seems like something you’d want to buy season tickets too. 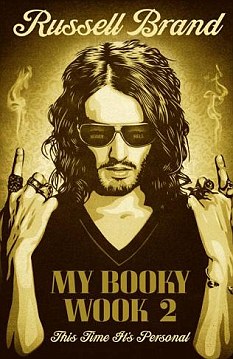 The womanizing aside, it’s the story of celebrity, told from the point of view of the crazy person who wants the fame and is brilliantly funny. I’m not making light of any serious situations the book may contain, that’s what Russell does.

Trust me. Read the book it’ll all make sense.

Courtesy is the password to safety.
Look forward to great fortune and a new lease on life!
Things are turning for the bright side.
More Fortunes >