RoboCop No Spoilers Review: Enjoy 2014’s RoboCop as its own Movie. 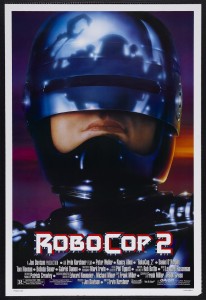 On one hand, this is inevitable. It’s just almost impossible to watch a major motion picture that is named the same as another major motion pictures from nearly 30 years ago and not somehow compare the two. The severity of it, however, is ridiculous.

I loved the original RoboCop. Full disclosure, RoboCop 2 is actually one of my favorite films of all time. However, that doesn’t preclude me from also enjoying RoboCop 2014 in all of its slick, re-imagined, reenvisioned, up-to-date glory.

I was just going to enjoy 2014’s RoboCop as its own movie.

And what a movie it is. 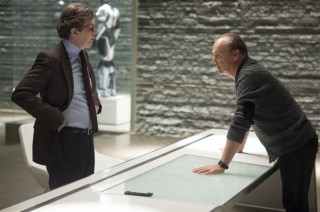 The first thing you’ll notice is the amazing casting job. Joel Kinnaman is fantastic as both Alex Murphy and Robo. He brings a grit to it and a tangible sorrow when dealing with his wife and son after the accident. Gary Oldman and Michael Keaton fall right into their roles as a scientist trying to help out those who have lost limbs, and the leader of a company that makes it possible, respectively. And I had a genuine distaste for Jackie Earle Haley’s role as Mattox, poking and prodding and cutting the newly minted RoboCop down to size.

Abby Cornish also brings as genuine and heartfelt performance as Clara Murphy and serves to bring as much life to the RoboCop character through her longing as Kinnaman does from beneath the metal.

Director Jose Padhila obviously had his pulse on current events when making Detroit circa 2028. The political circumstances in this futuristic set felt realistic. They didn’t feel too far off and that also made this “sci-fi” movie, much more down to earth than I originally expected. 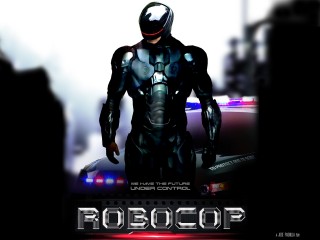 Once Murphy transitions into RoboCop (which does take a bit of running time) the good stuff just gets better and better. Padhila’s themes of identity, privacy, and humanity run deep, but aren’t over mined or worn too thing. His action chops are seen in a few scenes that may become cult classics down the line, especially one where RoboCop takes on a drug dealer in a pitch black warehouse.

One of my favorite parts about the RoboCop story is that he isn’t an indestructible Terminator. RoboCop is made with materials that can’t exactly take huge grenade hits one after the other. He has weaknesses, even if sometimes he thinks he does not. It makes the character a fragile one who is willing to give away his own well being in the face of justice, and routinely does.

Without giving away any spoilers, it’s safe to say that RoboCop can stand on its own and doesn’t need to be compared constantly to its predecessor. Sure, the original RoboCop exists, and I’m sure glad it does, but that doesn’t mean that a new telling of the story can’t have its own place in the pantheon of RoboCop stories. Hopefully, there are many more to tell.

To let another into your heart, first let yourself in.
Look forward to great fortune and a new lease on life!
Good clothes open many doors. Go Shopping.
More Fortunes >