Twinkie and the Hostess 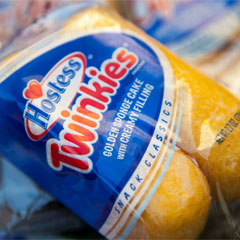 Today while looking at my google news feed I saw a disturbing article. Not disturbing to me necessarily, but a grave concern to some people I know. So I clicked the link and read with horror the story of how hostess is filing for chapter 11 bankruptcy protection again.

After I read the article I called my friend Jason Zapata Wordsmith and alerted him of this grave news. It’s not that he is a Twinkie junkie. I just imagine that in a post apocalyptic world he’d be Woody Harrelson’s character Tallahassee from Zombieland searching for a Twinkie and I wanted to preemptively get him to stock up.

What I received took a while to sink in. Mr Zapata was more dreadful that a staple of the American pastry could be no more. “The Twinkie is an institution,” he said. And I don’t disagree. In today’s lexicon it still is the king of snacks and although we are now a health conscious America, the reason for hostess’s demise, the Twinkie is a staple most, Mr. Zapata included can’t imagine living without. 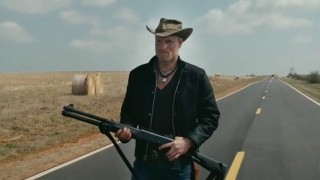 I guess the heartbreaking part is that this isnt because we don’t like them or can’t make them. We’ve decided there bad for us, the same goes for most of the other Hostess products. Which is a shame. Are they bad? No. They are bad without moderation, but then again so is almost everything else.

There are articles that say even if Hostess goes down that the Twinkie could and would be spared, but why should it have to come to that. That with which the Polaroid name was saved by a consortium…

I don’t know what junk you hold dear, but I’ll save my money for the consortium to save Mt dew, Doritos and slim Jim’s.

What are you saving to save?

[See Twinkie and the Hostess Revisited: The Sweetest Comeback in the History of Ever]

Whoever wants to reach a distant goal must take small steps.
Things are turning for the bright side.
Look forward to great fortune and a new lease on life!
More Fortunes >