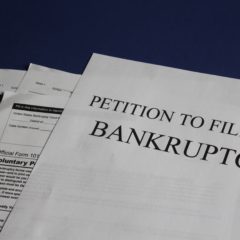 The article “Focus on past glory kept Kodak from digital win” which appeared on Reuters shortly after noon today had a line in it that was a bit jarring to me. Not that it was untrue or shocking, just that it made me think, and what I thought of wasn’t pretty.

The line, almost at the end of the article is:

The bankruptcy filing puts Kodak in the company of movie rental chain Blockbuster and bookstore owner Borders, which both collapsed after struggling to compete with digital rivals.

So those are the big three we know about that have pretty much failed. Barnes & Noble is trying desperately to use it Nook to gain a foothold on some market share from amazon, so that’s one brick and mortar store, still fighting it out. But how many other iconic non-digital brands/companies are going to become extinct from lack of innovation? And more to the point, didn’t those companies become iconic by being innovative in the first place?

What does this really mean? Is there a lesson here? Could Amazon, Google, Facebook, or Apple ever follow these three? Could the innovative companies of today become complacent with where they are?

I say no. I don’t mean that things aren’t cyclical, I tend to believe that they are, but in today’s tech world, the big companies are sharks. To stop innovation would be an instant death. So, no things are different these days, but that doesn’t mean one of those big companies we expect to be around for a while, will remain so. It just means they have a better chance to stay successful, based on the new business models of our tech crazy world: Innovate, Innovate, Obliterate!

Yeah, I do expect one or more of these companies to falter at some point, but I believe it will be because another company obliterated them, not because they stopped innovating.

Your moods signal a period of change.
Whoever wants to reach a distant goal must take small steps.
Even the greatest of whales is helpless in the middle of a desert.
More Fortunes >