In Suspended Reality, How Important is Proper Syntax? 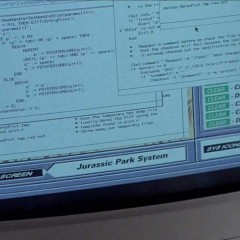 The question started to fester after spotting a Tumblr post entitled “Source Code in TV and Films.” It’s a brilliant concept of taking an in-depth look into the code on computer screens in television shows and movies and finding out what it really is.

The lines of code in SwordFish are from a DES cracking program, Nedry’s screen from Jurassic Park appears to be source code for a SGI UNIX machine, the boot up sequence for the Mark I version of the Iron Man suit in Iron Man written to boot up the suit for Tony Stark’s escape is some butchered C code, but does it have to be? Does it have to hold up?

Obviously, in today’s digital age, consumers have more access to higher quality video and have much more of an ability to manipulate said video, through slowing it down, pausing it, or even zooming in. But does the average person watching Iron Man or Jurassic Park care if the code on the screen actually boots up the suit or shuts down the park’s security systems?

The real question I think I should be pondering is how much belief should be suspended, for what, and to what degree? Suspending belief for the sake of the story I can handle. Dinosaurs can’t be revived as they were in Jurassic Park (although I assume, it has been attempted). 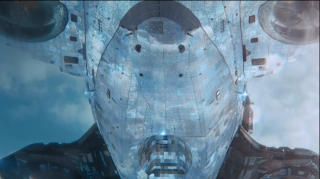 The helicarrier goes Invisible in The Avengers

What about suspending beliefs for effects? I can do that, too. To my knowledge helicarriers can’t become invisible as was seen in Avengers.

What about suspending beliefs for the setting? Sure thing. I can believe that Mordor or Rivendell exist, for the sake of Peter Jackson’s or Ralph Bakshi’s Lord of the Rings movies.

What about suspending beliefs for the details? Why not?

Back to the original point: I don’t need to know that Nedry’s code in Jurassic Park can actually do what he says. I just need to believe it can because the movie will go on with that belief, whether I do or not.

So what is the real question? I’m not sure.

I’ve only come to one conclusion, though – it doesn’t matter. But that’s a cop out because it does to a degree.

I recently posted about the difference between practical and digital effects for the new Star Wars movie. In that regard, we still suspend belief for puppets, but not to the same degree we would for a completely digital character. I would assume this is fair to say. At least I hope I’m not alone. 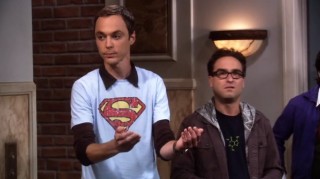 We’ve come to believe in the fantastic. Blockbuster movies like Avengers and Guardians of the Galaxy, are seen by millions of people, and many do so more than once in the theaters. It’s not because they’re studying to stave off alien invasion and it’s not because they don’t know the difference between the blockbuster movie and the evening news. We have come to believe in the fantastic, so why should we get bogged down with effects that follow real world logic?

Physics dictates that when Superman catches Lois Lane three feet from the pavement, she would be sliced into three equal pieces (This was explained by Sheldon in The Big Bang Theory Season 1 Episode 2 “The Big Bran Hypothesis”). That’s not what we see on the screen and that’s good enough. The logical thought process that physics determines how the real world functions, is not in question, but is it really necessary that the constraints of our own physics and logical human thought limit our imagination? 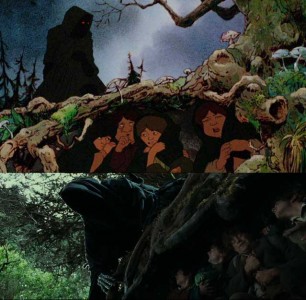 Although they are all of the same locations and all portray the same characters, some pretty fantastical, we don’t need to be reminded that these are not real and it makes no difference that Bakshi’s version is pure animation (with some rotoscoping) and Jackson’s version is mostly made up of people in suits and makeup in front of a camera, while Tolkien’s creation is just words. It makes no difference because all three have an enthralling story to tell.

How it is presented is like choosing different mediums. For example, if you like Stairway to Heaven by Led Zeppelin, then you’ll like it on vinyl, cassette, CD, or MP3. A good song is a good song and a good story is a good story.

There is of course, an example of the exception to the rule, which there always is. Futurama is an animated show that takes the time to attempt as much realism as possible. Of course, there is a talking, beer-drinking robot, but the equations on the boards and the science discussed in dialogue is all as factual as possible. 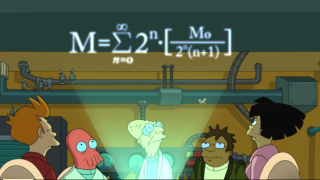 Futurama was infused with so much science, you need an advanced degree to understand it all.

Does this make the show any more enticing to fans? No, it makes it more enticing for the few smart enough to understand all the math, which I do not. (I understand some of the math, but the rest is for professors and physicists.)

With Futurama being one of what I’m sure is a few exceptions, do we need it all to be real? The answer is clear to me that we do not.

For those shows like Futurama that take the time to add in the realism for the few who will grasp it, it’s really just a bonus. But for the most part, we want Superman to catch Lois Lane without having to worry about the physics of the scene. All we want is for the hero to save the girl because in the end, isn’t that all that matters?

A difference, to be a difference, must make a difference.
Look forward to great fortune and a new lease on life!
Even the greatest of whales is helpless in the middle of a desert.
More Fortunes >