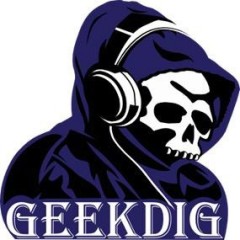 My first appearance on the GeekDig podcast came about spontaneously through a lack of communication within an online community in which the host Vengeful Jedi (Clint Thiele) and myself are both apart of.

A whole bunch of the podcasters and others in that community traveled to Portland to attend Rose City Comic Con (RCCC) and due to the horrible internet connection within the con we were left with much less updating then was advertised, though not to the fault of our friends.

Only a few people in the world are cool enough to call Dr. Seuss “Ted,” and one of them is Ralph Bakshi. Their connection is through The Butter Battle Book, which Dr. Seuss wrote and which Bakshi helped bring to life as an animated television special.

Rotospective: This Ain’t Bebop is about Reflection Inspired by Jazz, Beatniks, Kerouac, and Brooklyn

In 1989, Ralph Bakshi submitted “This Ain’t Bebop” to PBS’s Imaging America anthology, consisting of four shorts. The whole short is based around one man, played by Harvey Keitel, trying to reclaim the life he once had. It’s origin lies in a poem recanted throughout the short, which was written by Bakshi himself.

Rotospective: Cool and the Crazy is almost a live-action Hey Good Lookin’ about Fidelity and Freedom

In 1994, Ralph Bakshi directed his first, and to date his only, live-action feature-length film titled “Cool and The Crazy,” a made for TV movie for Showtime’s Rebel Highway series. It starred Jared Leto and Alicia Silverstone and takes place in the 1950’s or 1960’s era .

Outstanding art, music of ‘Heavy Metal’ captured lightning in a bottle in 1981 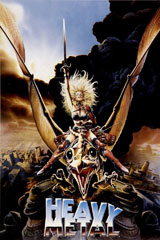 Heavy Metal was released on Aug. 7, 1981. It was produced on a meager $9.3 million budget, but grossed nearly $20 million dollars during it’s initial theatrical release. Twenty-five years later, after some music industry scuffles about song rights, the film was re-released, as “Louder and Nastier than Ever,” in theaters on March 8, 1996 and later that year was released on VHS and Laserdisc, which sold over a million units. Five years after that in 2011, it was released on Blu-ray.

The film follows closely to the magazine it shares its title with, in that it was a film made up of 10 stories, although only nine were released. The only differentiating factor between the movie and the magazine, is that the movie is tied together with the Loc-Nar, while the magazine stories are not tied together at all in any given issue.

Even a broken clock is right two times a day.
Whoever wants to reach a distant goal must take small steps.
Sharing little joys offer great hope to others.
More Fortunes >