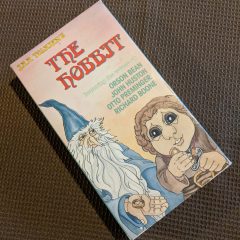 It seems odd that NBC’s made-for-TV movie of The Hobbit, which first aired on November 27, 1977, should be so divisive among fans. It is, after all, not only a faithful adaptation of the book upon which it is based but it is also the first adaption to the screen, both large and small.

Sometimes a great piece of visual art can just bring a smile to your face. In this edition of Small Oddities I’ve compiled a few of the pieces that I’ve recently found on DeviantArt, that do just that, so let’s dive in.

How to Valentine’s Day: Roll a Natural 20 for the Geek in your Life. 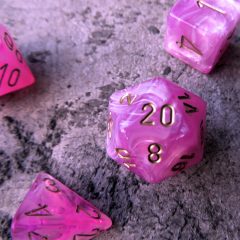 Here’s the thing. Flowers, going out to dinner, cards, and candy are all the cliches for Valentine’s Day that couples get each other.

Now, I’m not saying they’re all bad. But unless those cards are Magic: The Gathering, Pokemon, or Spellfire, it’s not inherently going to be the cards your geek wants to receive.

It’s not bad that you put in some effort, but to go the extra mile, I’m here to help you make it special.

Let’s finish this up now, someone is waiting for you on that.
Fame and fortune are coming your way.
Today it’s okay to make a few choices by going with your instincts.
More Fortunes >